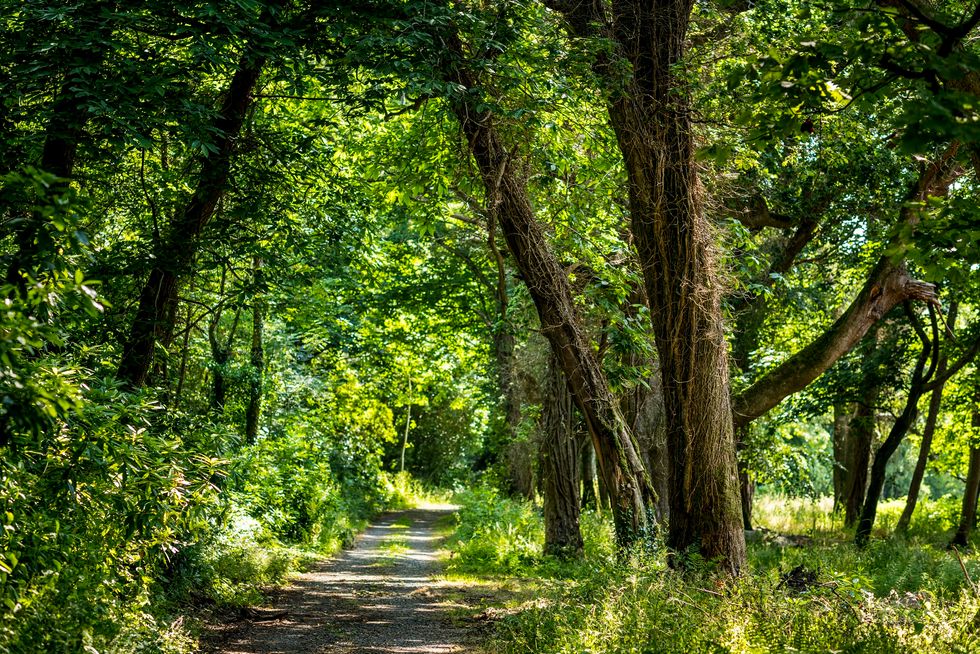 An ancient woodland has opened to the public for the first time in more than 500 years.

It is currently raising funds to buy a further 46 hectares.

As part of the £5.2 million campaign, the trust has reinstated walking paths in woodland that has not offered public access since the 1500s.

Three trails have been completed over loose gravel paths covering a variety of gradients and lengths. They have been called the Bluebell Walk, the Woodland Loop and the Whitewater Trail.

Mourne Park is near Kilkeel in Co Down on the edge of the Mourne Mountains, an area of outstanding natural beauty.

The charity says the park is home to extremely rare woodland and is also inhabited by wildlife such as red squirrels, otters and pine martens.

The Woodland Trust, which is celebrating its 50th year, has bought 1,200 sites across the UK in the last five decades.

The initial purchase of Mourne Park was part funded by Stormont’s Department of Agriculture, Environment and Rural Affairs and the Garfield Weston Foundation.

Ian McCurley, director of Woodland Trust Northern Ireland, said: “Mourne Park is one of the most important areas of natural beauty in the whole of Northern Ireland, with 73ha of precious ancient woodland so incredibly rare to find.

“We want to open Mourne Park up in a sensitive way, to allow the public to enjoy it in all its glory. So we have created three walking trails in our first phase of works.

“In these times, when people are calling for more green space, access to the countryside has never been more important.”

He added: “We need help to acquire the additional 46ha, to complete restoration in this precious ancient landscape, improve access for people and create more havens for wildlife.

“To be able to protect woodlands on this landscape scale means more for nature, more for people and more for climate change.”

Please log in or register to upvote this article
Woodland Trust

Fox host thinks 'exhausted' Trump supporters might not vote for him