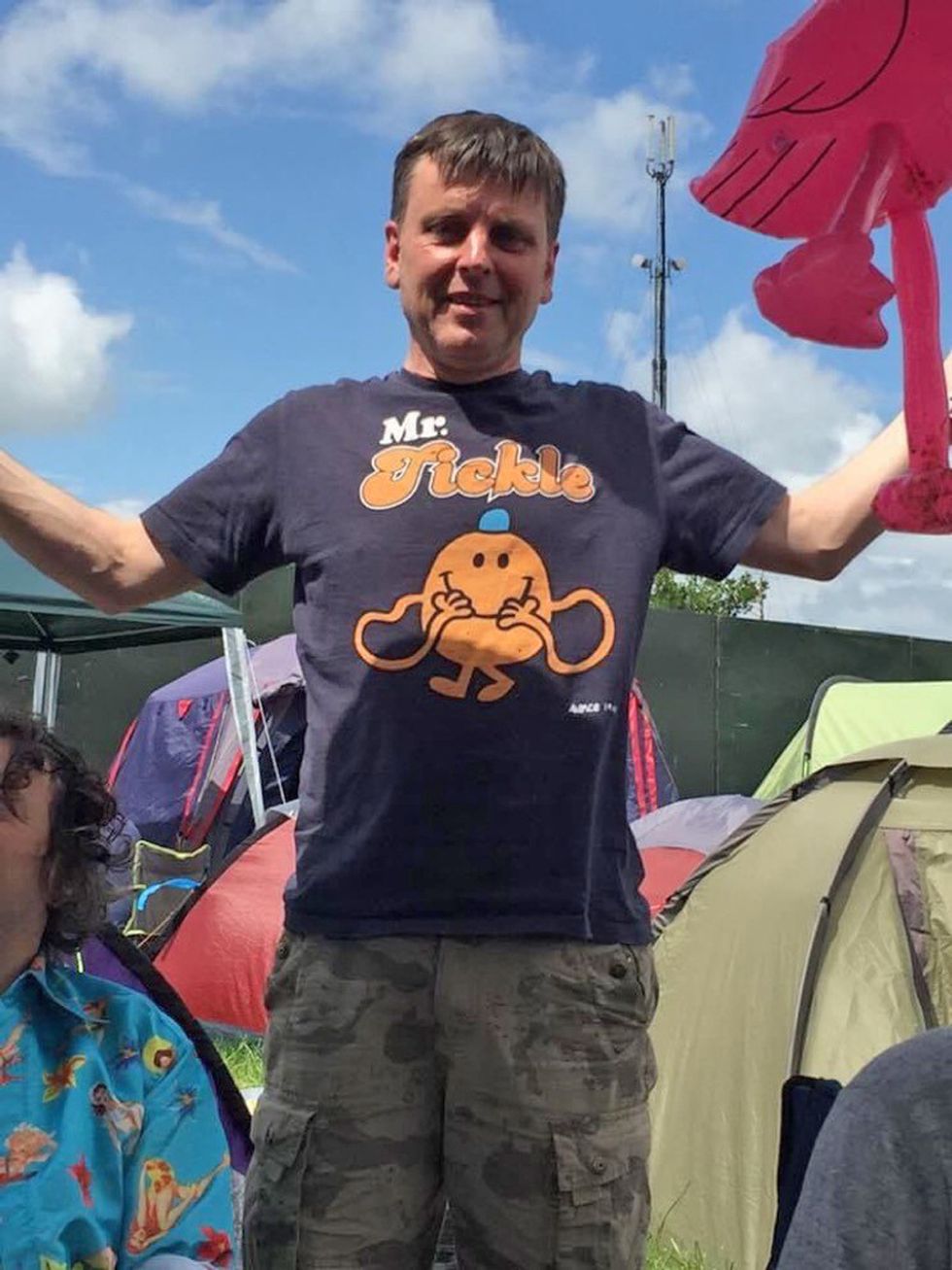 Friends of a festival-lover who has been told he has weeks left to live have surpassed their fundraising goal to get him to Glastonbury “one last time”.

By Sunday evening the fundraiser had hit its £12,000 target and continued to climb, exceeding £13,000 by early Monday morning.

Nigel Stonehouse, 58, a former bricklayer from Hartlepool, was diagnosed with cancer of the kidney in mid-May, but it has spread to his lungs, with doctors telling him it is incurable, friends say.

He had been due to go to Glastonbury this week but could not travel without medical help, so his friends launched a fundraiser to pay for a helicopter to fly him there from North Tees hospital.

Between the hours of Sunday afternoon and Sunday evening, the fundraiser jumped from £9,000 to £12,000 from more than 800 donors.

Musician Fatboy Slim, who is performing at the Somerset festival this year, is among those backing the cause and urging his followers to do likewise on social media.

Mr Stonehouse’s close friend, Lizzie Beggs, said it was his “dying wish” to be with all of his friends at Glastonbury “even if only for a few hours for one last time”.

“He is currently an inpatient at North Tees hospital, and their wonderful palliative care team have assured him that they will do all they can to make this happen.

“Within hours they had contacted site managers at the festival who advised that they would facilitate in ways that they can.

“Unfortunately there is no space left in the accessible areas (Nige has a general sale ticket) but they will facilitate entry via the accessible car park.

“This is obviously a huge undertaking, and will be costly, the palliative care team suggested commissioning a helicopter – the first quote we have had is for £12,000.”

Mr Stonehouse, described as a “festival veteran”, has gone to Glastonbury with his friends for the last 30 years, and has seen the Rolling Stones, Johnny Cash and David Bowie perform there.

His friends say he is “very stubborn and determined” despite his condition and looks forward to watching Diana Ross this year.

Maria Beggs told the PA news agency: “He’s feeling positive and it’s given him a boost and something positive to hope for.”

As the fundraiser hit then surpassed its target on Sunday evening Ms Beggs said Mr Stonehouse was “over the moon”.

Sharing the good news to Twitter with crying emojis and hearts, she wrote: “Nige just called, he’s over the moon ‘we’ll get our Glastonbury family there’ is what he said. THANK YOU ALL SO MUCH! This is all so amazing.”

Please log in or register to upvote this article
CancerFatboy SlimGlastonburyHartlepool