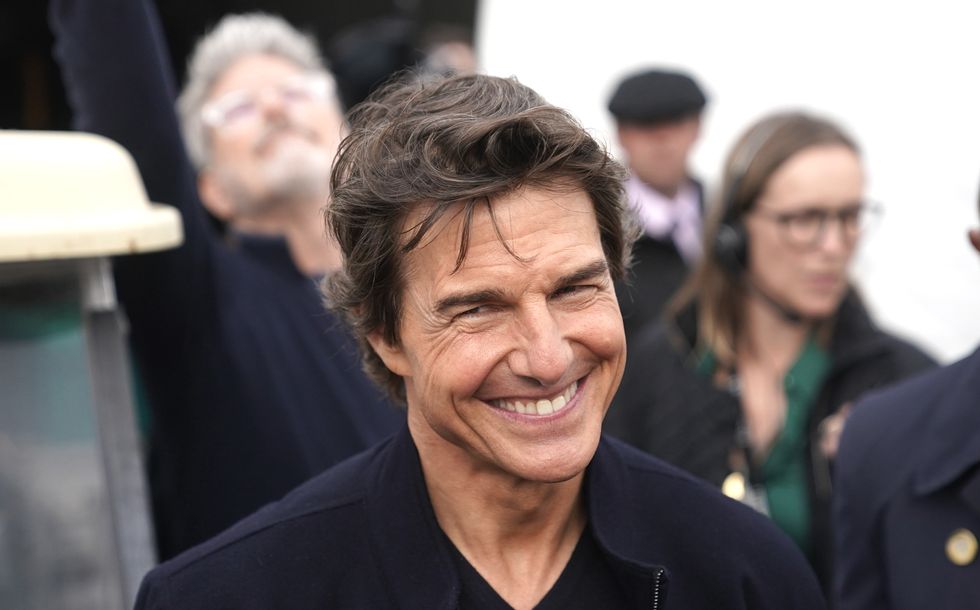 Tom Cruise has said he is looking forward to appearing in an equestrian extravaganza alongside a star-studded cast to honour the Queen’s 70-year reign.

The Hollywood A-lister was also positive about the weather for the open-air show being staged close to Windsor Castle, which has been dogged by showers, saying it “will be dry” for the Queen.

Singer Katherine Jenkins described being part of the Platinum Jubilee celebration called A Gallop Through History as a “massive honour” and said it would be an opportunity to “show our deep gratitude” to the monarch for her decades of service.

Looking tanned and relaxed, Cruise strode past spectators at the Royal Windsor Horse Show, which is hosting the performance, but when spotted happily posed for selfies.

Dame Helen Mirren – once again playing a Queen of England – is among the cast of entertainers who are preparing to appear in the first major event marking the Queen’s 70-year reign.

Organisers hope the Queen will attend the celebration which chronicles the history of the Crown through the centuries with horses from around the world playing a starring roles.

Asked by PA news agency if he was looking forward to the show, where he is expected to announce an element of the performance, Cruise replied “absolutely”.

The showground has been dampened by showers during the day but he added: “For the Queen it will be dry.”

Jazz singer Gregory Porter was also spotted making his way backstage and joked he had not met the Queen and had only “waved” at her.

Jenkins, who will sing at the end of the show, told PA: “It’s so amazing to be part of today, the kick-off to the Platinum Jubilee celebrations.

“It’s a massive honour, of course, to be invited to sing for Her Majesty at any time, but I think especially for the show this evening.

“I’m a massive fan of hers. I think she’s, you know, so incredible, such a great role model and it’s nice to have the opportunity to all come together and show our deep gratitude for all that she’s done for the country and the Commonwealth.”

Comedian Omid Djalili, who will play a character called The Herald, as part of Sunday evening’s performance, said it is a “real honour” to perform.

He said he believed the event was likely to spark pride in everyone from royalists to republicans, due to the level of admiration people have for the Queen.

He told PA: “I think anyone watching this show, even if they’re a staunch republican or if they’re a royalist, they will feel pride in being British.

“And I think there’s no denying, you know, especially having seen The Crown, you can’t not feel affection for a woman who came on the throne and then said, ‘I promise however long I live, be it long or short, that I will serve my people and serve my country’ and the fact that she’s done that, even when people have behaved badly all around her, she has been very steadfast and very true to her
word.

“So from a human point of view, you have to respect that – that she’s done everything that she said in the last 70 years.”

Please log in or register to upvote this article
QueenTom Cruise