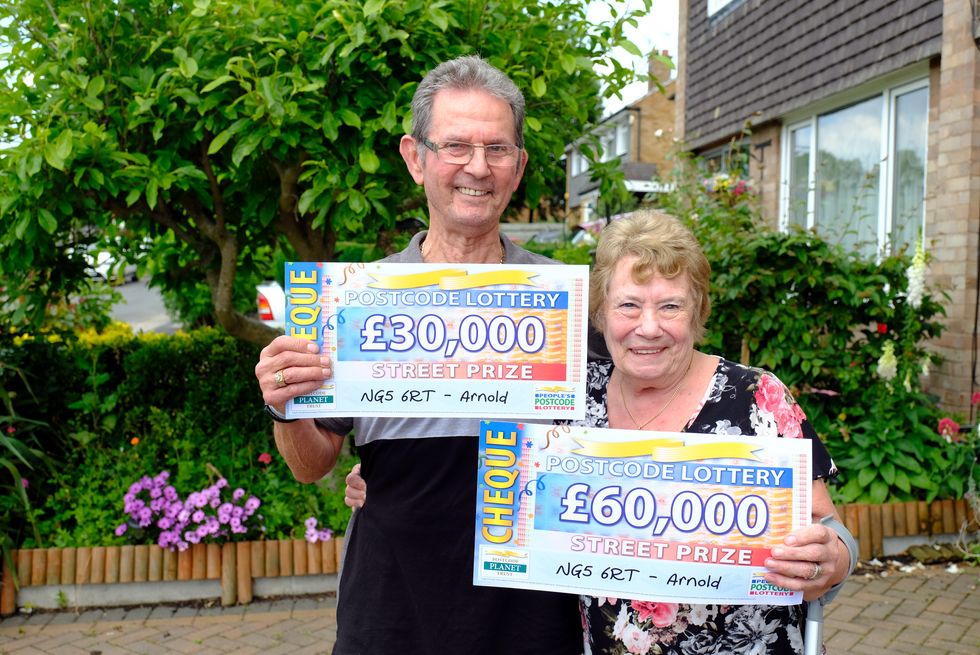 Denise Bell, 71, and Alan Shaw, 74 were among eight neighbours in Arnold, Nottinghamshire, celebrating after winning a combined £270,000 (Postcode Lottery/PA)

An elderly couple engaged for almost 30 years plan to tie the knot in Las Vegas after winning £90,000 in the lottery.

Denise Bell, 71, and Alan Shaw, 74 were among eight neighbours in Arnold, Nottinghamshire, celebrating after winning a combined £270,000 with People’s Postcode Lottery on Sunday.

Seven of the neighbours at winning postcode NG5 6RT, including Mr Shaw, won £30,000, while Ms Bell landed £60,000 after playing with two tickets.

The neighbours’ postcode, NG5 6RT, was announced as a winner with the lottery on Sunday June 12 (Postcode Lottery/PA)

Mr Shaw and Ms Bell met over 32 years ago and have been engaged for 29 years, ever since he proposed to her in Asda whilst she was working as a cashier on the checkouts.

The couple admitted that they had delayed getting married several times after “life got in the way” but have always dreamt of tying the knot in Las Vegas.

“We’ve always thought it would be amazing to get married in Las Vegas.

The mum-of-two, who works with disabled children and children with learning difficulties, said that before any weddings take place, the first thing she would use the winnings for is a hip replacement.

“I’ve been on a waiting list for over two years, but now I can go private, which will be great because I’ve been in a lot of pain recently.

“I was talking to my daughter when I was very sore last weekend and I said to her ‘I’d love to win the lottery so I could get my hip done’ and then only a few days later the Postcode Lottery is at my front door.

“I can’t believe it… I’m lost for words.

“It’s more money than we’ve ever had.”

Rich people eating at IHOP and Applebee's to cope with inflation