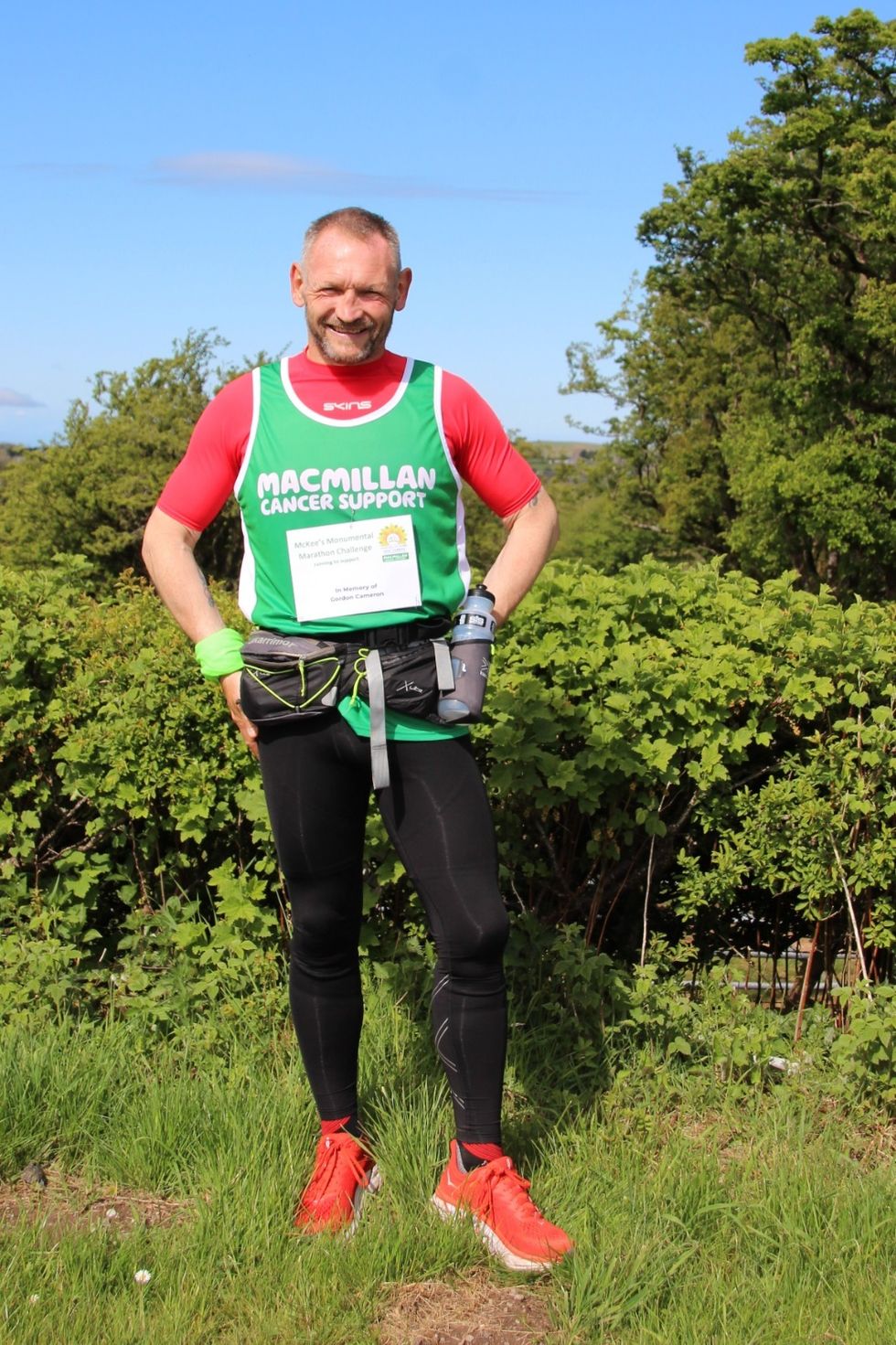 A fundraiser who is attempting to run a marathon every day for a year has beaten his personal record by completing day 111 of his challenge.

Gary McKee has covered more than 2,900 miles since January 1, when he began running 26.2 miles a day to raise funds for Macmillan Cancer Support and Hospice At Home West Cumbria.

The father-of-three, from Cleator Moor in Cumbria, took on a 110-day marathon challenge in 2021 but on Thursday he broke his personal record as he completed his 111st consecutive marathon.

It is tough, but nothing is as tough as going through cancer treatment

The 52-year-old said: “Every day from marathon 111 onwards to marathon 365 will be a new record for me. It is tough, but nothing is as tough as going through cancer treatment.”

Mr McKee began fundraising in 2003 in memory of his father, who was diagnosed with lung cancer in 1997.

He fits in the running around his job at the Sellafield nuclear power plant and has been supported along the way by wife Susan and children Alfie, 16, Beau, 14, and nine-year-old Minnie.

Mr McKee added: “The reason I’m doing this is because I’m lucky enough to be able to take on a physical challenge of this scale, and every day I think about all the people going through cancer treatment who face their own physical and emotional challenges.

“If I can support people going through cancer and other life-limiting illnesses, while inspiring people to get out there and fundraise themselves, then every marathon I do every day is worth the effort.”

Sue McDonald, Macmillan fundraising manager for Cumbria, said: “Gary has never faltered over his belief that he can do this, but we are very aware of what a massive physical and psychological commitment and achievement this will be.

“He embodies the Macmillan spirit of doing whatever it takes to make sure every person with cancer gets the help they need.

“The money Gary is raising will make a huge difference to how Macmillan is able to support people living with cancer and their families.”

To donate go to https://justgiving.com/fundraising/threesixfive

Mystery over abandoned bus found in the middle of country road