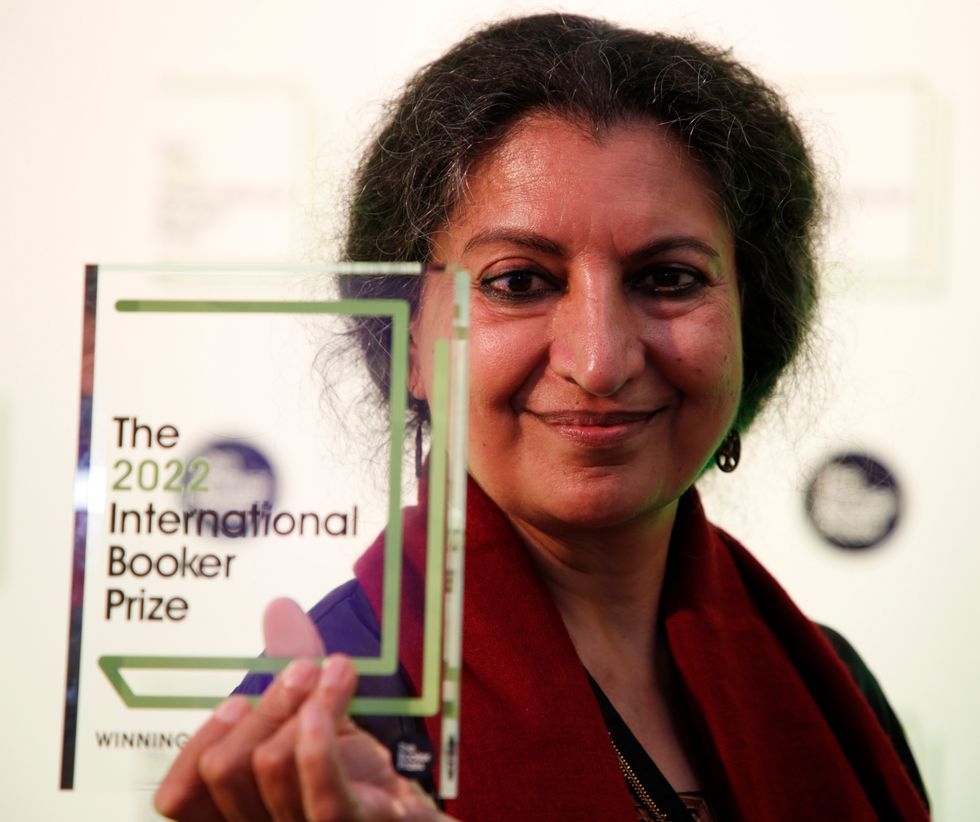 Geetanjali Shree has become the first Indian winner of the International Booker Prize for her novel Tomb of Sand.

The book follows the story of an 80-year-old woman after the death of her husband and is set during the partition of India in 1947.

It was the first Hindi-language book to be shortlisted for the £50,000 prize and was translated to English by American translator Daisy Rockwell.

“I never dreamt of the Booker, I never thought I could,” Shree said, in an acceptance speech quoted by the Press Trust Of India.

“What a huge recognition. I’m amazed, delighted, honoured and humbled.”

She adedd: “Behind me and this book lies a rich and flourishing literary tradition in Hindi, and in other South Asian languages.

“World literature will be the richer for knowing some of the finest writers in these languages.”

Frank Wynne, chair of the judges, said he had not read anything like Tomb of Sand before.

“It has an exuberance and a life and a power and a passion that the world could do with right now,” he said.

Announcing the news online, the organisation said: “We are delighted to announce that the winner of the #2022InternationalBooker Prize is Tomb of Sand by Geetanjali Shree, translated from Hindi to English by @shreedaisy
and published by @tiltedaxispress.”

Shree beat five other finalists including Polish Nobel literature laureate Olga Tokarczuk, Claudia Piñeiro of Argentina and South Korean author Bora Chung to be awarded the prize at a ceremony in London on Thursday.

Richard Dawkins is getting mocked online for his bad literary take

Please log in or register to upvote this article
Booker PrizeLiteratureNovel