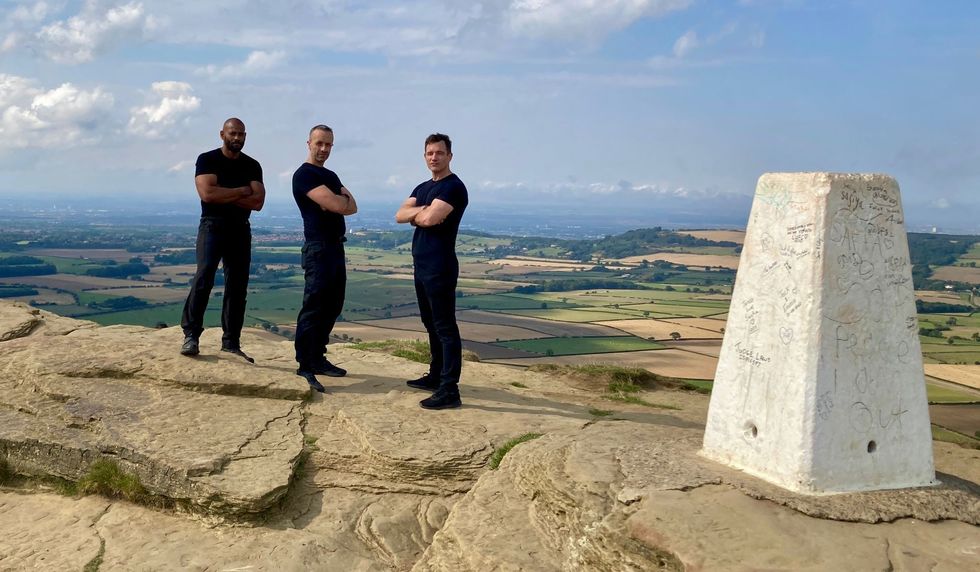 The stars of Channel 4’s Hunted are scaling Britain’s highest peaks to raise £50,000 to fund cancer treatment for their teammate’s wife.

The charity campaign, Peak Aid, has been organised by members of the cast to fundraise for former detective-turned-hunter George Rhoden’s wife, Dawn, who is battling pancreatic cancer.

The Channel 4 programme challenges members of the public and celebrities to stay off the radar and remain at large for two weeks as a crack team of professional chasers from the police, intelligence services and Army attempt to hunt them down.

The hunters taking part in Peak Aid will climb to the highest points in each of the 94 counties in England, Scotland and Wales – which will see them scale 91 peaks throughout September and October.

Speaking to the PA news agency from a Peak Aid event in Dorset, Mr Rhoden, 60, said: “I’ve been on Hunted for many years but the current people that are on this show have been the best people I’ve ever worked with on any programme whatsoever.

“For them to get together and do this for Dawn is an absolutely phenomenal feat and she sends her love to the whole Hunted family.”

Mrs Rhoden, 66, approached her GP in January after suffering from abdominal pains, which she assumed were due to straining herself during a fitness class.

A few weeks later she was diagnosed with advanced pancreatic cancer and was immediately put through aggressive chemotherapy programmes which lasted around three months.

The funds raised by Peak Aid will go towards cancer care and international treatment for Mrs Rhoden, with money also being donated to Cancer Research UK.

Mr Rhoden said: “Pancreatic cancer is probably one of the deadliest forms of cancers.

“Dawn has got to go through some more chemo because the first one didn’t work properly.

“The £50,000 we are attempting to raise through Peak Aid will help with her private care and fund the international treatments that we’re currently looking into.”

The couple, who have six children between them, met in 1996 on Mrs Rhoden’s 40th birthday and were married four years later.

Mr Rhoden described his wife as his “absolute rock” and said her strength has been an inspiration to the whole Hunted team taking part in the Peak Aid challenge.

“She’s my rock, she’s my queen and I couldn’t have gone through my police service without her,” he said.

“Dawn has been positive and resilient throughout her chemo treatment, despite having to deal with the things she’s going through.

“It’s been particularly rough for her but her resilience has been absolutely fantastic.

“Also the support of the Hunted family has enlightened her and empowered her to continue.”

The Peak Aid team has scaled 17 peaks so far, including Scafell Pike in Cumbria, Dunstable Downs in Bedfordshire and Ditchling Beacon in East Sussex.

Fellow cast member, ground hunter James Hey is leading the Peak Aid project and admitted he is “learning all the time”.

Mr Hey, 43, told PA: “Finding all the high points across the UK requires a bit of pre-planning and we’re learning all the time.

“We actually found one high point in Kent, which was in a guy’s back garden and a few of us went there last weekend.

“We’re meeting lots of wonderful people along the way and they’re all very supportive.

“Basically it’s a team effort, not just from ground hunters, but people in HQ, the companies getting onboard and the people supporting us – it’s all absolutely fantastic.”

Mr Rhoden hopes that the Peak Aid fundraiser for his wife will also raise awareness of cancer and encourage others to visit their GP.

“Dawn is very healthy and so this diagnosis came as quite a shock for her,” Mr Rhoden said.

“I hope other people may look at this and it may encourage them to go to the doctors at an earlier stage.

“Whether it’s prostate cancer or flu, if you are worried just contact your doctor as soon as possible,” he added.

For more information and to donate to Peak Aid visit: https://givepenny.com/peakaid