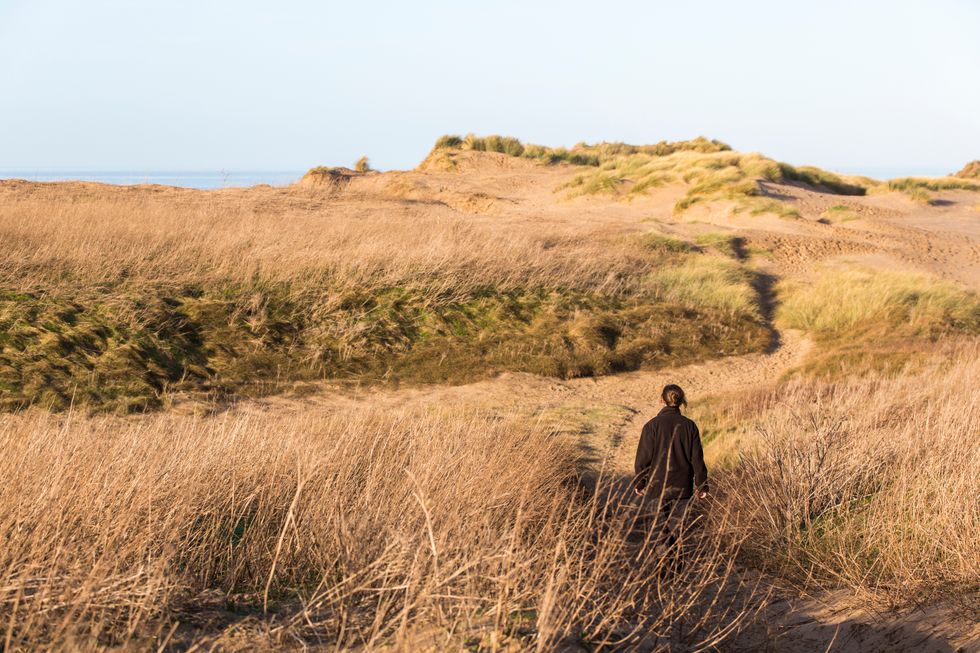 Sand dunes in an area once used for dumping tobacco waste are being restored to help wildlife including rare natterjack toads, the National Trust has said.

The “tobacco cliffs” at Formby, Merseyside, were used as a dumping ground for thousands of tonnes of wet tobacco leaf between the 1950s and 1970s by the British Nicotine Company, which had a plant nearby.

Now the Trust is transforming the site, currently thick with nettles that thrive on the waste and leave little space for coastal plants and creatures, to restore the natural process of sand dunes so they can move and shift.

They are also creating breeding pools for the natterjack toads.

Isabelle Spall, project officer for the National Trust, said: “Thousands of tonnes of tobacco were deposited at Formby each year for almost two decades, and while the waste itself isn’t toxic, the sheer quantity inevitably means it is going to have a dramatic impact on the ecology and the structure of any landscape.

“Dunes should look like sandy hills, with rolling undulations – but this area is completely flat and covered in nettles and thistles.

“It effectively creates a barrier that prevents toads and lizards from being able to move across the site.

“The animals need areas of bare sand mixed with patches of vegetation, so they have places to hunt and bask as well as room to hibernate, and for lizards, somewhere to lay eggs.”

With changing weather patterns driven by climate change, it is important that wildlife can move freely to areas of habitat with better conditions, she said.

The restoration project involves excavating two large V-shaped wedges from the dunes with diggers, which will allow sand blown from the beach to be pushed through the gaps and build up on top of the tobacco waste.

The sand will cover the nettles and create new, undulating dunes on the two-hectare (five acre) site, it is hoped.

In addition, 12 breeding pools for natterjack toads will be created along the length of Formby dunes to resemble the ponds that appear naturally for short periods, while invasive plants will be removed to create patches of bare sand for the amphibians to hide in and reptiles to find food.

Natterjack toads – the loudest amphibian in Europe with a call that can be heard up to 2km (1.2 miles) away – have seen an estimated 75% of their breeding sites vanish since the start of the 20th century.

They are increasingly under pressure due to loss of habitat as well as climate change and rising pollution, the National Trust said.

Formby, cared for by the conservation charity, is part of the 20km (12 mile) Sefton Coast dune system stretching from Liverpool to Southport, which is one of the largest of its kind in England and home to 40% of the UK’s natterjacks.

Ms Spall said the area was one of the last strongholds for the toads, so it was crucial to link up habitats and boost their chances of survival, adding: “We hope this work will offer them a lifeline”.

It is also hoped the work will help wildlife including sand lizards, which bury their eggs in bare sand and the rare northern tiger beetle, which is only found in Merseyside and Cumbria.

The work is part of the UK-wide £10 million “Dynamic Dunescapes” project funded by National Lottery Heritage Fund and EU Life Programme, which is based on the idea that sand dunes that move and change are better for nature than stable, static ones.

The public are also being urged to play their part by not paddling in the dune pools or letting dogs go in them, instead paddling in the sea and carrying water for pets.

Please log in or register to upvote this article
Formby