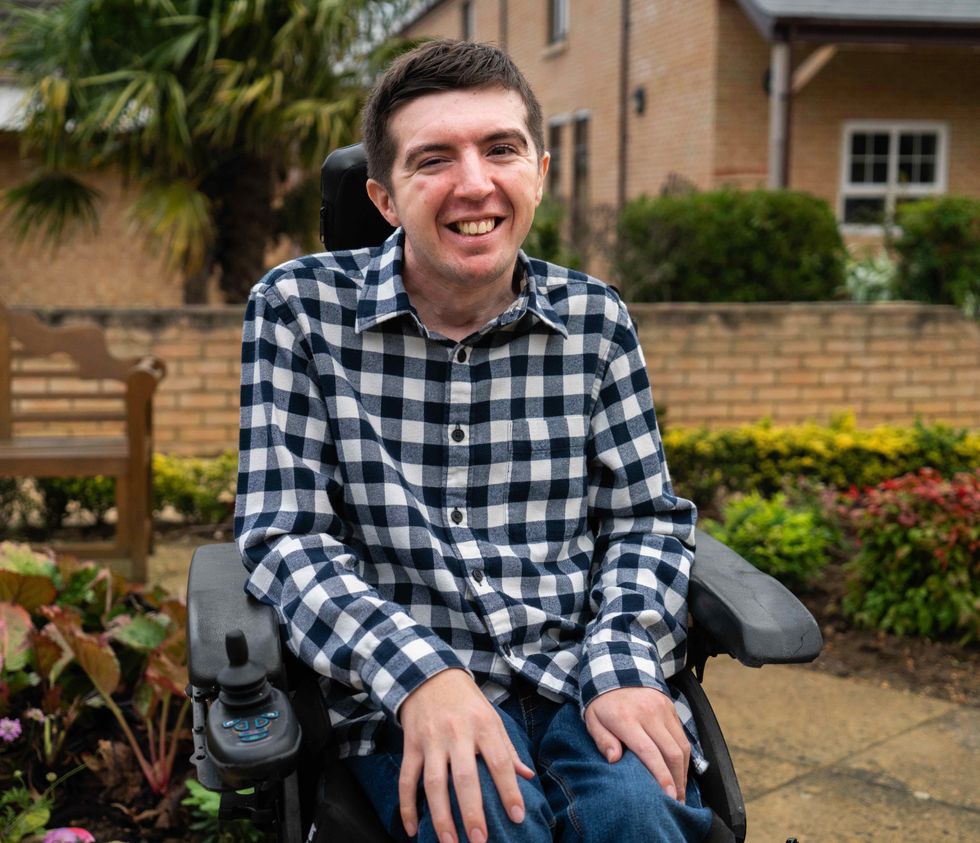 Community radio presenter Joshua Donlon, 26, has returned to the airwaves after rehabilitation to find his voice again, after a brain tumour affected his speech. (Askham Rehab/ PA)

A community radio presenter who lost the ability to project his voice for four years due to a brain tumour has returned to the airwaves.

Joshua Donlon, of Huntingdon, Cambridgeshire, was diagnosed with a brain stem glioma at the age of two, which affected his central nervous system.

The 26-year-old, who has had to use a wheelchair from the age of 12, is passionate about radio and became a presenter on Huntingdon Community Radio in 2011.

But in 2018 he caught pneumonia and, together with the tumour, it meant he found it challenging to articulate words due to becoming breathless.

He shielded through the pandemic and, after starting rehabilitation in September 2021 and learning new breathing techniques, he has found his voice again.

Mr Donlon was helped by Askham Rehab, a specialist neuro rehab community near Doddington, Cambridgeshire, and has since been interviewed on BBC Radio Cambridgeshire – his first time on the airwaves in almost half a decade.

He said: “I’ve always been passionate about radio so having to step away from presenting due to my condition was extremely hard to accept, but the rehab I’ve received at Askham has allowed me to regain my voice and enabled me to achieve my pursuit of getting back on the radio.

“It’s been a long journey, and not always an easy one, so my long-awaited return to live radio was a special moment, and quite overwhelming actually.

“It has played such a huge part of my life – through both the good and not so good times.

“I can’t thank the station enough for having me on.”

Sara Neaves, clinical lead and outpatients service manager at Askham Rehab, said: “When Josh arrived at Askham, his condition was quite severe, having had issues with taking deep breaths, which affected his ability to speak, and decreased exercise tolerance – all caused by the tumour that impacts the messages from the brain to the spinal cord and then the nerves that innovate all the body’s muscles.

“He was assessed by all four of our multidisciplinary teams; clinical psychology, physiotherapy, occupational therapy, and speech and language therapy, before working with them to design an individualised and holistic therapy programme.

“Getting back on the radio was always a key milestone for Josh and while we played our part in helping him achieve that goal, it’s completely down to his extraordinary willpower.

“This is hopefully just the start of the next chapter of Josh’s incredible journey.”

World’s largest bottle of whisky sells for £1.1m at auction