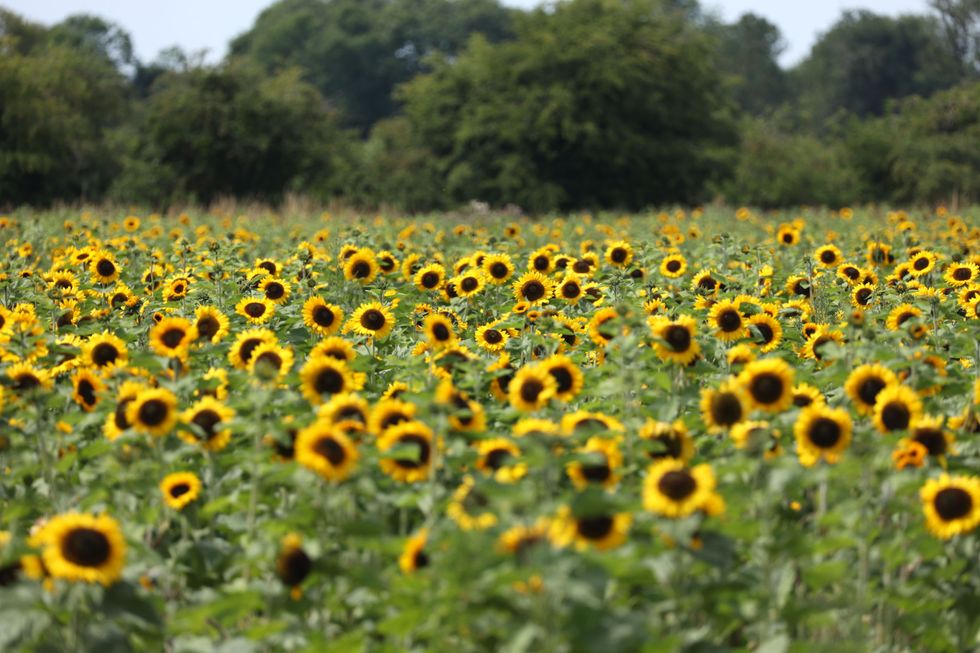 The national flower of Ukraine, the sunflower, has seen rocketing demand this summer, a supermarket chain reported.

Tesco said demand for sunflower bouquets was already up by nearly 120% on the same time last year.

Growers said the current heatwave was boosting growth of the bright yellow blooms, which have become a symbol of solidarity with Ukraine and resistance against the Russian invasion.

Michael Holod, chair of the Nottingham branch of the Association of Ukrainians in Great Britain, said it “would make sense” that the surge in demand was due to people wanting to stand with Ukraine.

Sunflower grower James Lacey of L&D Flowers, inspects one of his fields of sunflowers near Spalding, Lincolnshire, U. (Paul Marriott/ PA)

“It’s one of many ways obviously the UK have supported Ukrainians in general, and obviously we’re hoping that continues,” he said.

“Any support, whether it’s planting sunflowers or through the schools, however it’s done, solidarity being the word.

“The support needs to continue to be shown as clearly the war’s still on.

“It’s not making the headline news it was a few months ago but the war’s still very present.”

The main area for sunflower production in the UK is south Lincolnshire, largely due to the fertile silt-based soil which offers ideal growing conditions.

One of Tesco’s growers, L&D Flowers, based in Pinchbeck, south Lincolnshire, farms more than 3,000 acres.

The current heatwave has boosted the growth of crops of sunflowers, which are the national flower of Ukraine. (Paul Marriott/ PA)

James Lacey, managing director of L&D Flowers, said: “The current heatwave has been great news for sunflower growth as the more sun they get the more they grow.

“The plant itself has a tap root which buries deep into the soil to search for moisture, meaning they are quite happy with hot, sunny, dry days.

“This is the longest heatwave we’ve had for about five years and based on current weather predictions we calculate a harvest of around 13 million stems this season.”

Sunflowers have been grown in the UK for the gifting bouquet market for 20 years, with the first growers starting up in the early 2000s.

Until then sunflowers had traditionally been imported, mainly from Europe, but entrepreneurial growers saw an opportunity to grow them in the UK and demand in the last 10 years has been rising steadily.

Tesco Flowers buying manager Georgina Reid said: “They’ve only been in stores for a few weeks but demand so far this summer has been exceptionally strong and if this continues we’re likely to see our best ever season.

“The start of the sunflower season has coincided with the current heatwave and the longest period of sunny weather for about five years and if there’s anything that screams out summer it’s a beautiful bouquet of sunflowers.”