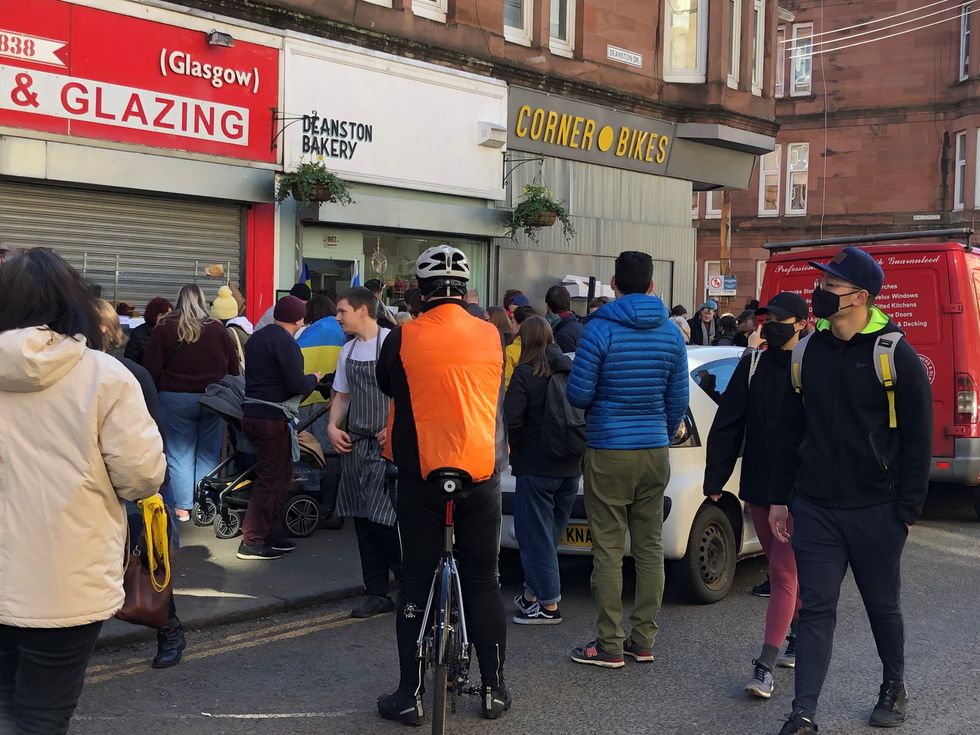 A Ukrainian baker who organised a charity sale to help those caught up in the war in his homeland has raised more than £30,000.

Hundreds of people queued around the block to buy cakes, buns and other baked treats from the Deanston Bakery in the Shawlands area of Glasgow on Sunday.

Yuriy Kachak organised the fundraising initiative as he felt “helpless” when news of the Russian invasion unfolded and decided to use his skills to do what he could to help people affected.

Some people queued for more than two hours on Sunday to buy treats such as cinnamon buns from a selection of goods baked by Mr Kachak and his team, alongside homebakes donated by local people.

Raffle tickets with prizes donated by local businesses were also on sale, and there was live music to entertain people as they waited.

Mr Kachak said on Monday that he had not been expecting such a big turnout and revealed more than £30,000 had been raised, with all proceeds collected on the day set to go to help those affected by the war in Ukraine.

“Thank you to everyone who came out and queued around the block and all the businesses who donated goods and their time for our bake sale for Ukraine,” Mr Kachak wrote on the bakery’s Instagram page.

“My family and our whole team have been overwhelmed by the incredible generosity of our community here in the southside of Glasgow. We are now up to just over £30,000 in donations.”

He said the store was no longer taking cash donations at the bakery, but added they had set up a Just Giving page for people to give money to.

“We hope we have inspired others to do whatever they can in their own local communities and possibly even to replicate our idea and have their own bake sale for Ukraine,” the post said.

Mr Kachak, who is from the Ivano-Frankivsk region in western Ukraine, has lived in the UK for 19 years and moved to Scotland four years ago.

He runs the popular Deanston Bakery with his wife Svetlana, who is from Latvia, and his mother and brother also work there.

Please log in or register to upvote this article
ScotlandUKUkraine