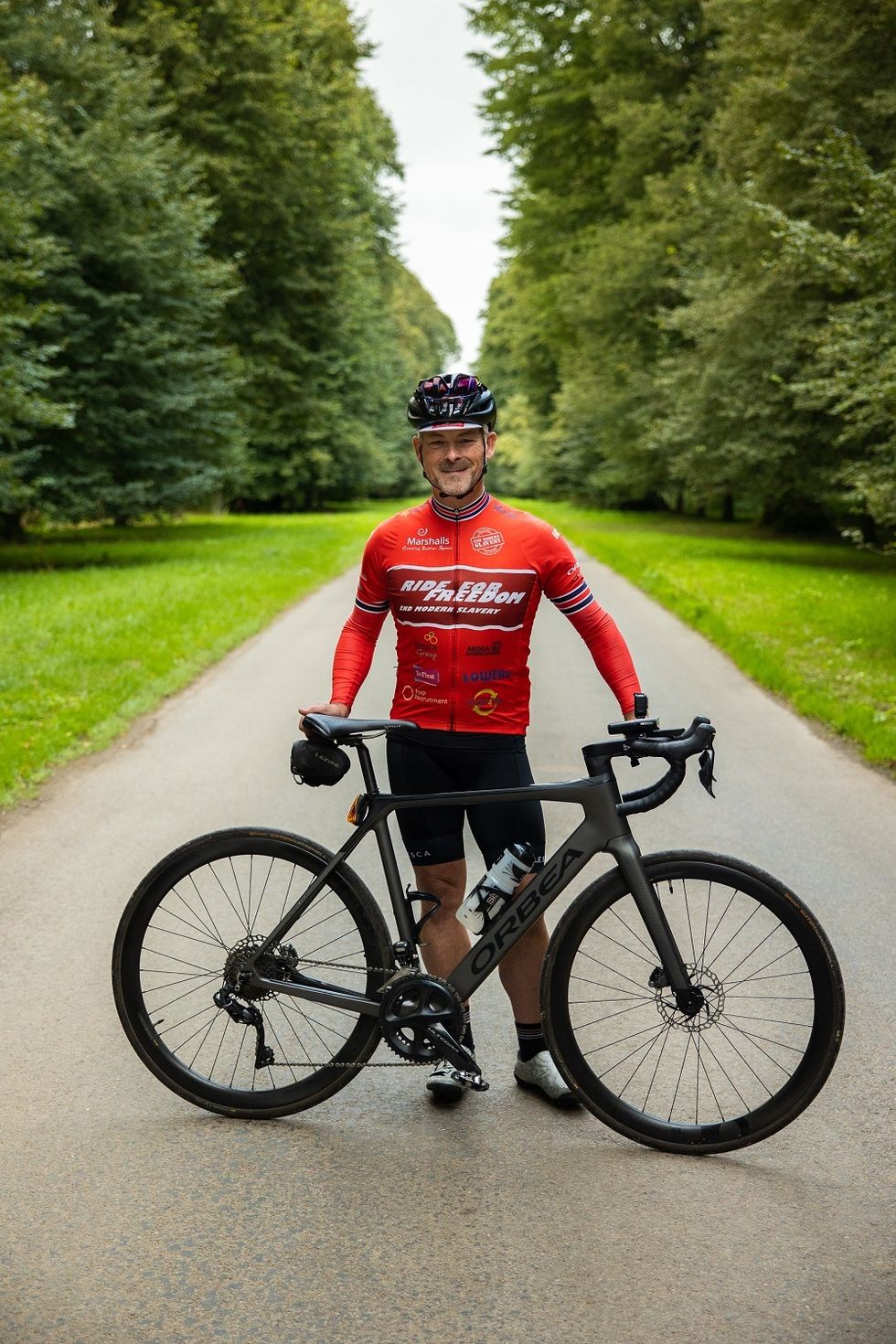 A British cyclist is riding between several cities on the east coast of America during October to “show a red card” to people trafficking in sport.

He hopes to complete the ride in Washington DC on October 18 – Anti-Slavery Day.

Mr Miller is the founder of community interest company Ride For Freedom and is using his US adventure to help raise funds for its “freewheel programme”, which empowers survivors of modern slavery to cycle to support their physical and mental health.

“The aim of this trip is to raise awareness of modern slavery and human trafficking, fundraise to support the development and delivery of the Ride For Freedom Freewheel programme and seed the opening of a Freewheel Hub in the region we are cycling”, Mr Miller told the PA news agency.

Along with James Aubry, a friend and videographer, Mr Miller aims to ride an average of 80 miles a day visiting sports clubs including the shared stadium in North Carolina that hosts football team Charlotte FC, NFL club Carolina Panther, as well as the home of the Washington Spirit women’s football side in DC.

After nine months of planning, Mr Miller said “it was always a question of when not if we could take Ride For Freedom’s mission ‘across the pond’.

“The catalyst came 18 months ago when I came across the USA Department of State Trafficking in Persons (TIP) 2020 Report.

“It notes ‘neither governments nor international sports federations or national sports leagues have successfully addressed the growing incidence of human trafficking of athletes’.

“Our Show A Red Card campaign, which shines a light on the issue of human trafficking – a form of modern slavery – in football/sports, was a perfect fit. So, the idea for the East Coast USA Cycling Tour was born and the rest is about to become history.”

Mr Miller hopes their “bikepacking ride” goes without a hitch despite the two men not having a support crew.

The plan is to be outside the White House in Washington DC on the 18th. So, that’s highly motivating

“We have no support vehicle, just Restrap bags with all our gear, so it’ll be even more of an adventure,” he said.

“Sure we have a route mapped and accommodation booked each night, but if we have any mechanical problems, incidents or accidents, we are on our own to figure it out.

“We’ll probably never be more than 50 miles from a populated area but it’s still pretty remote in parts. Fingers crossed.”

He said that finishing the cycle on Anti-Slavery Day felt “right” and “gives a real focus to the ride”.

“The plan is to be outside the White House in Washington DC on the 18th. So, that’s highly motivating”, he added.

More information about Freewheel by Ride For Freedom can be found at www.justgiving.com/crowdfunding/freewheelbyrideforfreedom.