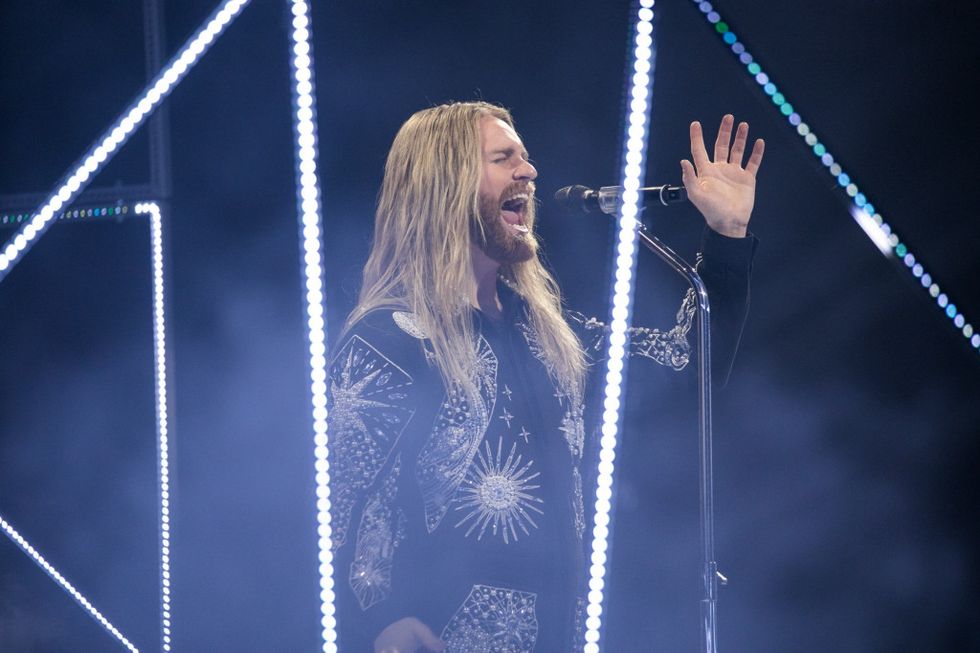 More than eight million people in the UK tuned in to watch Sam Ryder finish second in the final of the Eurovision Song Contest.

It was a joyous night for the British hopeful, who topped the national jury vote with 283 points, beating favourites Spain and Sweden.

The 32-year-old TikTok star won over the audience with his uplifting pop song Space Man, dazzling in a one-piece suit encrusted with beads and pearls.

His podium position marked the first time in 20 years that the UK has placed in the top three.

In a statement, the BBC said: “Sam’s performance was simply out of this world and we couldn’t be prouder of him, achieving the best result in 20 years for the United Kingdom at the Eurovision Song Contest, including winning the jury vote.

“Kalush Orchestra’s performance was incredible and generated a reaction both in the arena and around the globe like no other – we offer huge congratulations to Ukraine on their win.”

🎉 "Sam’s performance was simply out of this world and we couldn’t be prouder of him, achieving the best result in 2… https://t.co/YRu2CzFISV
— BBC Press Office (@BBC Press Office) 1652611729

An average of 8.9 million people tuned in to watch the competition on BBC One, with a peak viewing figure of 10.6 million, the corporation said.

The competition, which was held in Turin, Italy, was won by Ukraine’s folk-rap group Kalush Orchestra with their song Stefania.

The country joined the contest in 2003 and its three wins make it one of the most successful of the newer competitor countries – having triumphed in 2004 and 2016.

During their performance, which combined rap and Ukrainian folklore, the group were dressed in elaborate outfits, including long multi-coloured fringed ensembles.

“Next year Ukraine will host Eurovision!

“For the third time in its history. And I believe – not for the last time.”

Martin Osterdahl, Eurovision’s executive supervisor, said in a statement that the organisation’s attention turned to next year’s competition and its “unique challenges”.

“The Eurovision Song Contest is the only cultural event that truly unites Europe. This year it’s been more important than ever to bring millions together through our common values and love of music.

“Now we will begin planning for 2023 with winning broadcaster UA:PBC.

“Obviously, there are unique challenges involved in hosting next year’s competition.”

He was selected in a new collaboration between the BBC and global music management company TaP Music, which also revamped the promotional campaign.

The new strategy included ensuring Ryder’s single, Space Man, got played on BBC Radio 1 instead of Radio 2, and targeting smaller countries such as San Marino, Serbia, Croatia and Malta, which have the same voting powers as larger countries such as Germany.