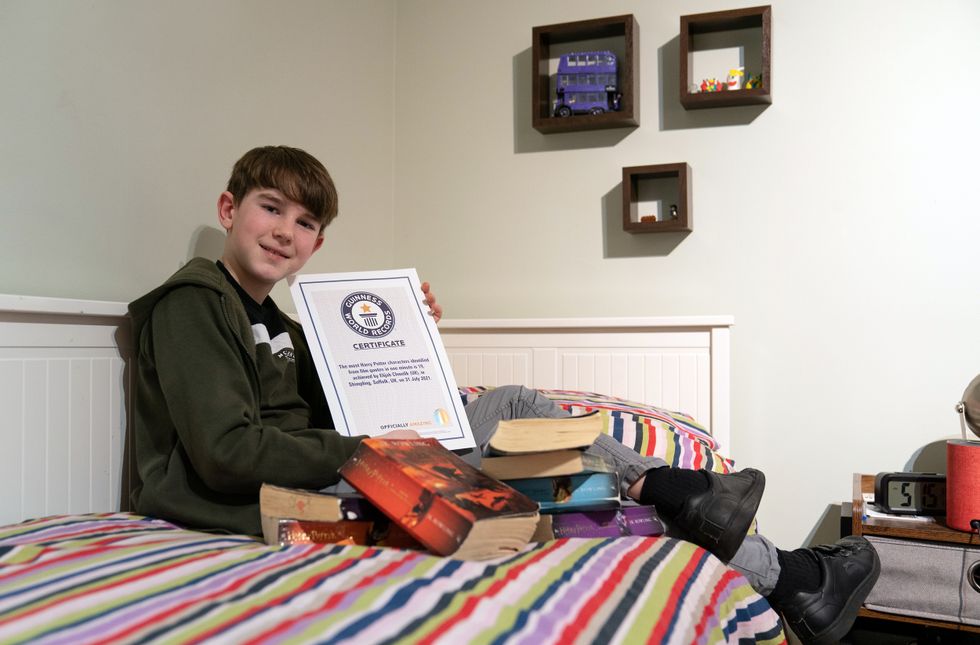 A schoolboy has set the Guinness World Record for most Harry Potter characters guessed from film quotes within 60 seconds.

Eli Chmelik, who got 19 correct answers within one minute, said it felt “very strange” to hold a world record.

The 11-year-old, of Manningtree in Essex, said he read the first Harry Potter book aged six and “instantly loved the entire series”.

He said he has read them “dozens of times each”.

“I’d been reading the books obsessively for several years, then I saw the same record but for Star Wars, and I thought I can do this for Harry Potter,” he said.

Asked how he prepared for his record attempt, the fan of the boy wizard said: “I read the books a lot, for a start.

“I read them more than I normally do, which is saying something.

“I got people around me to test me occasionally.”

The Colchester Royal Grammar School pupil believes he could better his tally of 19 correct answers, explaining: “The person that actually read it wasn’t very fast at reading it to be honest.

“I think I could have got a lot more if they’d been very quick at reading it, because when I did it with my parents I got 40 quotes in a minute.”

Eli lives with his mother, Bonny Chmelik, 43, a marketing strategist, his father Stefan Chmelik, 58, who runs a meditation business, and his nine-year-old brother Magnus.

His mother said she was “so proud” of Eli.

“Eli’s quite a self-starter and honestly when he said what about doing a world record I was like ‘yeah go for it’,” she said.

“I didn’t realise quite how much work I was letting myself in for.”

“I had to choose 50 quotes that were not more than four from each person and not fewer than four words each,” she said.

They said they were pleased he achieved the record as “a Guinness World Records title was on his bucket list”.

The record was achieved by Eli in Shimpling in Suffolk on July 31 last year and he received his certificate in December after the record was verified.