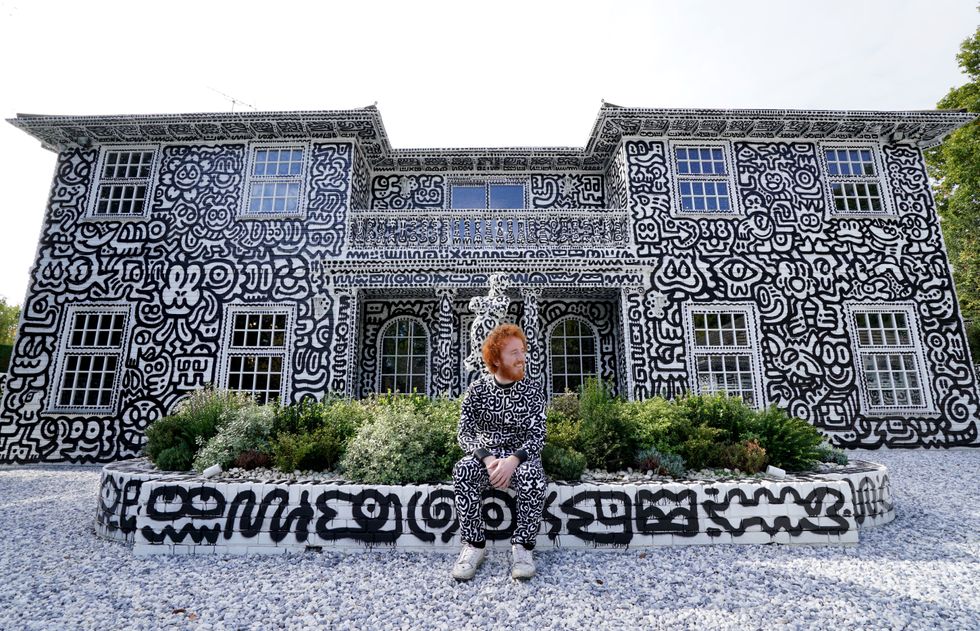 British artist Sam Cox, aka Mr Doodle, reveals the Doodle House, a 12-room mansion at Tenterden in Kent which has been covered inside and out in the artist’s trademark monochrome, cartoonish hand-drawn doodles (Gareth Fuller/PA)
PA Wire/PA Images - Gareth Fuller

British artist Sam Cox has unveiled his latest project, the Doodle House, which he has covered inside and out in his signature hand-drawn doodles.

Cox, aka Mr Doodle, began drawing his monochrome, cartoonish style over every inch of the 12-room house in Tenterden, Kent, two years ago.

The home now features his designs on every surface and object from his bedding to crockery.

The 28-year-old artist said: “The completion of the Doodle House is just the beginning of my childhood dream to doodle the entire planet and to encourage the art world to recognise doodles as an art form.

“I am so excited that my doodles now have a permanent home in the UK.”

Mr Doodle, his wife Alena and their dog now plan to make the living artwork their permanent home.

To show off the creation, he has also produced a stop motion film which he said he created entirely by himself with 1,857 photographs taken between September 2020 and September 2022.

The artist’s videos on social media have attracted millions of views.

He has gone on to open solo museum shows in Shanghai and Shenzhen in China and set a new auction record by selling an original Doodle canvas for just under one million US dollars (£888,775).

Please log in or register to upvote this article
ArtKent