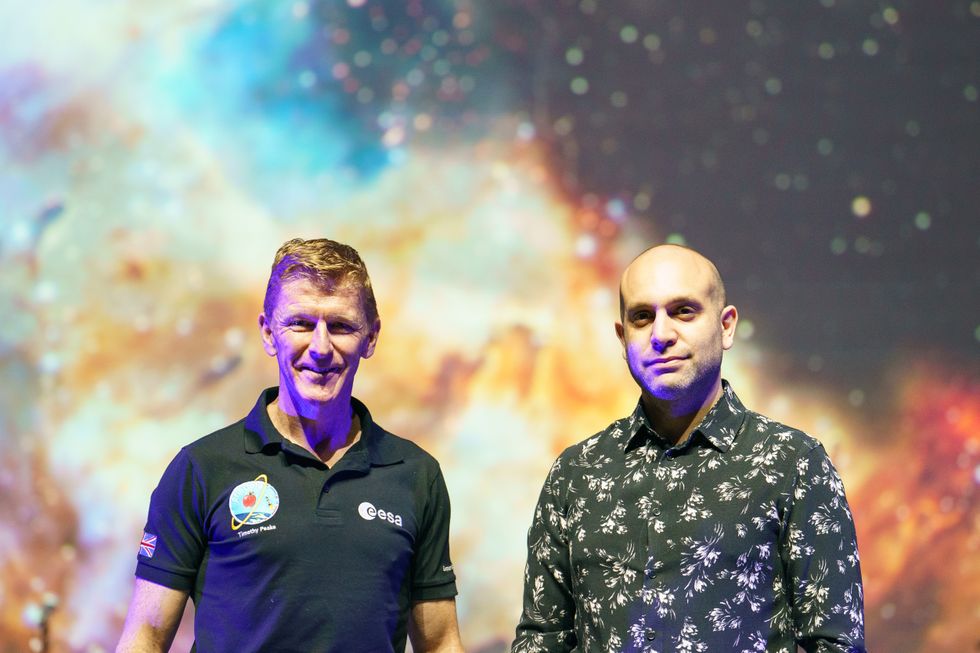 British astronaut Major Tim Peake was in attendance at the Royal Albert Hall on Sunday for the launch of a new concert tour inspired by astronauts’ experiences on the International Space Station.

Space Station Earth features new music composed by Ilan Eshkeri, 45, and is performed against a backdrop of imagery from the International Space Station.

Major Peake, 50, was the first British astronaut to walk in space, and contacted Mr Eshkeri back in 2015 about a possible collaboration.

Rather than being passengers, we need to behave more like crew members on Space Station Earth

“Tim got in touch with me to ask if he could use a piece of my music in a video he planned to film on the Space Station and this resulted in an invitation to visit him at NASA’s Johnson Space Center, where he was training at the time,” Mr Eshkeri said.

“I found this trip profoundly impactful, and it made me think: why are we just making a five-minute video? Why don’t we create something different, something bigger?”

Mr Eshkeri is known for his film scores, including Still Alice and Stardust.

“An important theme of my conversations with astronauts is the sense of responsibility they feel to work closely with their crewmates to stay safe and thrive while in space – and I think the same principle applies on Earth,” Mr Eshkeri added.

“I hope the show illustrates how collaboration and cooperation can help to effect positive change on our planet. Rather than being passengers, we need to behave more like crew members on Space Station Earth.”

Mr Eshkeri also collaborated with other European Space Agency astronauts including Andreas Mogensen, Matthias Maurer, Jean-François Clervoy, Frank De Winne and Luca Parmitano, who will join him on stage throughout the tour.

The tour will continue until 12 October, with dates in the UK, Denmark, Sweden, Belgium, Germany and France.

Please log in or register to upvote this article
ISSSpaceTim Peake