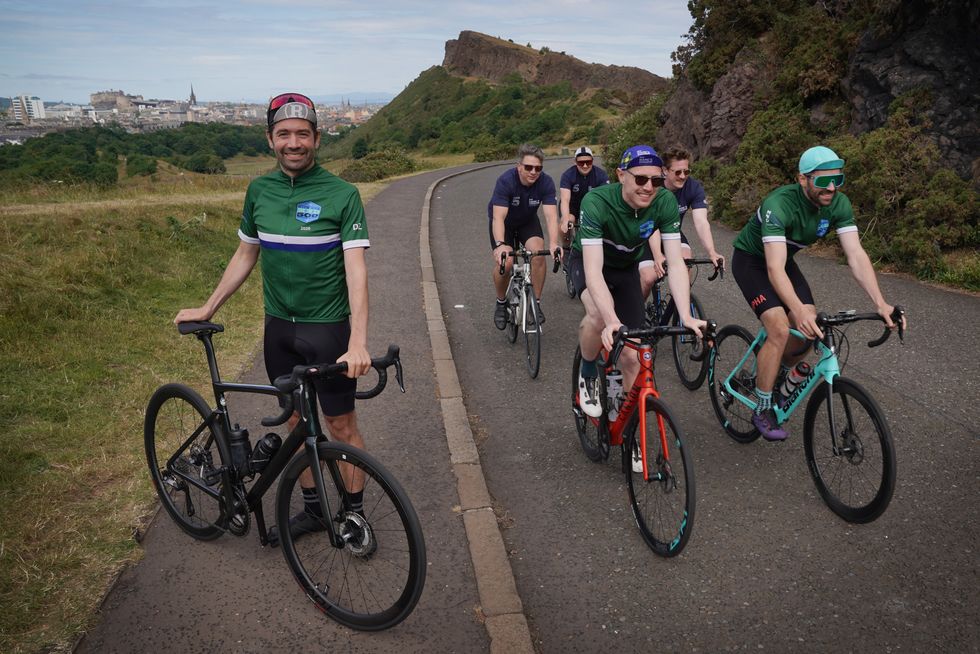 Davy’s twin brother was in his support team (PA)Davy Zyw MND Cycle Ride Davy Zyw with his brothers Tommy and Sorely and mates Craig Paul, Ryan Brennan and Malcom HolwillPicture by Stewart AttwoodAll images © Stewart Attwood Photography 2022. All other rights are reserved. Use in any other context is expressly prohibited without prior permission. No Syndication Permitted.

A man who was given a terminal diagnosis of motor neurone disease (MND) four years ago has completed an ambitious a 265-mile charity bike ride through Scotland’s highest roads.

Davy Zyw and his support team completed the continuous bicycle ride through the “high five” roads in the Cairngorms to raise money for Doddie Weir’s foundation.

The 34-year-old author from Edinburgh said the 20-hour challenge “pushed us to the edge of our capabilities”.

Since being diagnosed with MND in 2018 Mr Zyw had raised £150,000 for the foundation set up by former Scottish rugby union international Weir who also has the condition, with £50,000 pledged towards the high five challenge.

Speaking after completing the ride, Davy Zyw said: “We are battered but not broken, after close to 20 hours in the saddle cycling 265 miles across the toughest terrain Scotland had to offer.

“The high five takes in the highest road climbs – over 19,000 feet – this physical challenge pushed us to the edge of our capabilities.

“The road was long, and many of the hours were dark, but it was the climbing which stretched us, the Lecht in 31C particularly taxing.

“But wow, we were sustained and fuelled by our dedication to this cause and the incredible support we have received.

“The high five is complete but my battle against MND continues, fortified by the steadfast support of so many who believe, like me, that this disease isn’t incurable, but underfunded.”

Please log in or register to upvote this article
MND