Dippy the Dinosaur to return to Natural History Museum 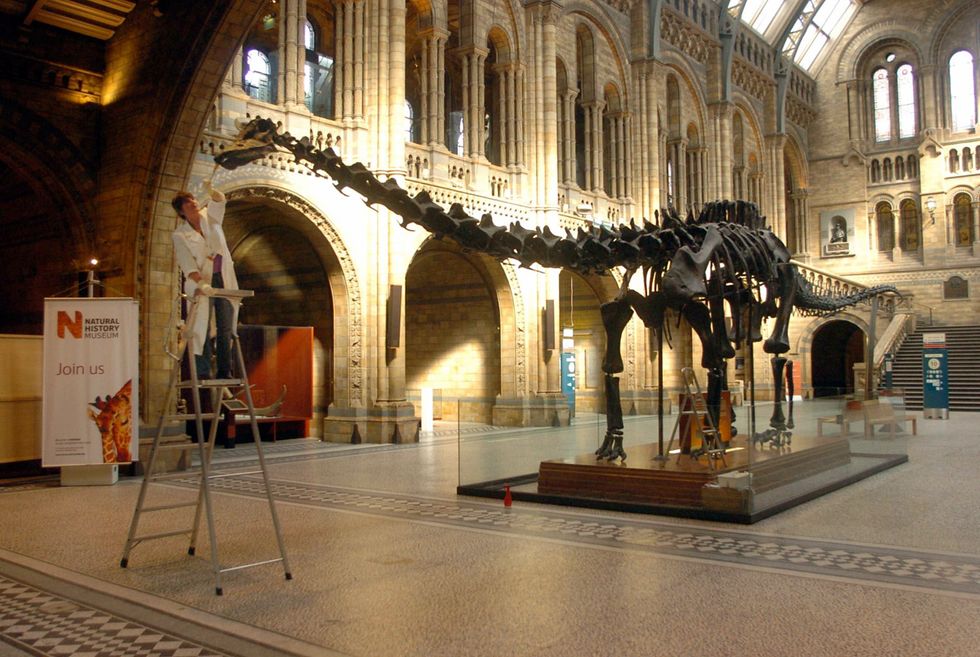 Dippy the Dinosaur will return to the Natural History Museum in May after it recently concluded a four-year tour of the UK.

The 26-metre-long installation of a Diplodocus cast was first put on display in the London museum in 1905.

It has been seen by more than two million people over the course of a nationwide tour.

During Dippy’s tour of the UK, it travelled to various venues including the Ulster Museum in Belfast (Brian Lawless/PA)PA Archive/PA Images - Brian Lawless

The museum said the tour had been a success, with local economies considerably boosted by the influx of visitors.

To commemorate the tour and the communities that connected with Dippy, the recreated installation at London’s Natural History Museum will feature visitors’ reflections from when they met the Jurassic giant on tour, including how Dippy inspired them to reconnect with their own local natural environments.

Dippy was originally installed in the Natural History Museum after King Edward VII expressed a desire to have his own Diplodocus specimen while visiting the home of the American industrialist Andrew Carnegie.

Mr Carnegie owned the bones of a specimen found in Wyoming in 1899 and created a cast replica for the King.

Dr Doug Gurr, director of the Natural History Museum, said: “Dippy has been a treasured part of the collection since 1905 and in that time has inspired countless people to think about nature.

“Biodiversity is under threat all over the UK and we hope this new installation reflecting on what Dippy saw whilst on tour will encourage people to be excited about the natural world and therefore work to protect it for the benefit of both people and planet.

“Dippy has moved around a lot over the last century, and not just on the UK tour.

“It has been displayed in many different parts of the museum including the reptiles gallery, Hintze Hall and even a brief stint in the basement to protect the specimen during the Second World War. This time, Dippy will be in our Waterhouse gallery, where it was previously displayed in the ’70s.”

The installation will be free to visit but tickets must be booked in advance.

Clare Matterson, executive director of engagement at the museum, said: “We can’t wait to open the doors on this new installation. We know that Dippy has been missed by both visitors and staff at the museum so it feels fantastic to have the beloved Diplodocus cast back for this very special free temporary installation.”

Dippy Returns: The nation’s favourite dinosaur will be at the Natural History Museum from May 27 until December 2022.

‘Largest find of rare marine fossils ever discovered in the UK’