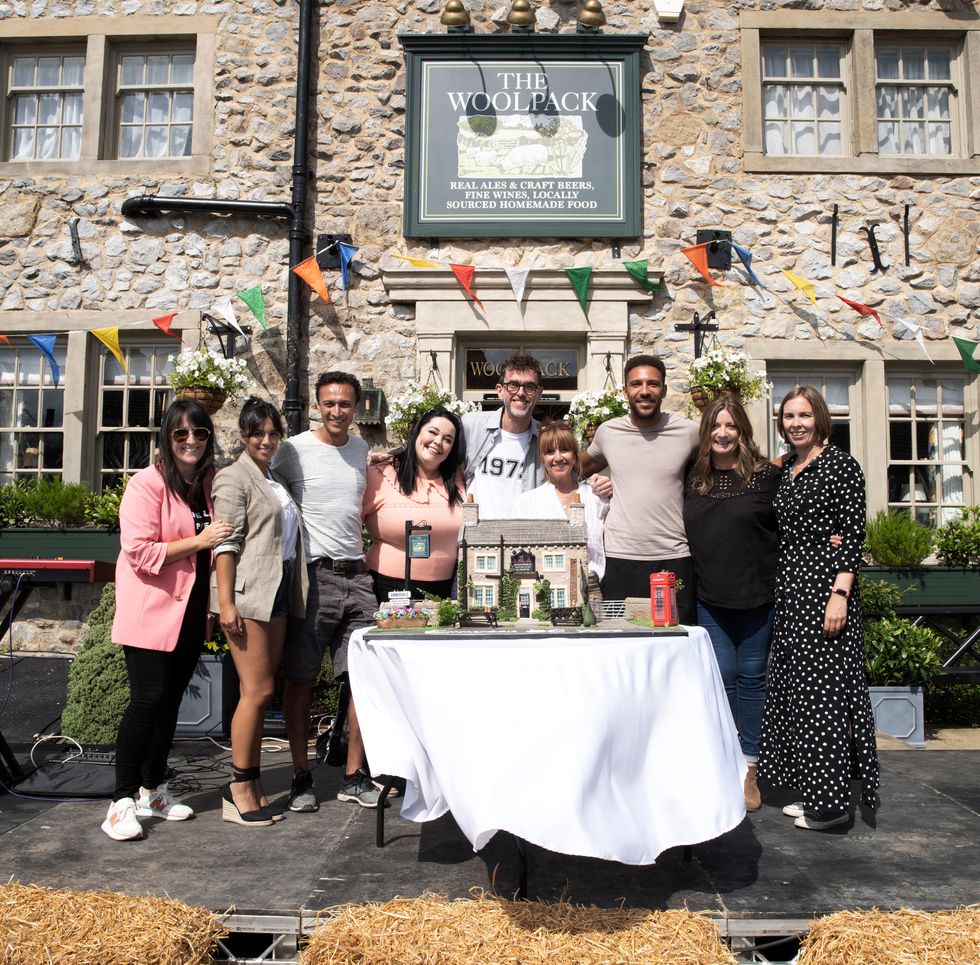 The executive producer of Emmerdale hopes the long-running soap’s 50th anniversary month will be “a treat for loyal viewers” as the show approaches the milestone in October.

Jane Hudson said it had been an “honour” to take on the role and that those involved in the show were “proud to be a jewel in Yorkshire’s crown”.

It comes as Emmerdale cast and producers kicked off the birthday celebrations with a huge cake in the shape of the show’s famous Woolpack pub.

The show was created by Kevin Laffan and was titled Emmerdale Farm when it was first broadcast in October 1972.

“Emmerdale celebrating 50 years is a huge achievement and to be the executive producer at such an exciting time is an honour,” said Hudson, reflecting on the milestone.

“For five decades, Emmerdale has kept its audience entertained with incredible storylines and memorable characters.

“We want to make sure our 50th birthday month is a treat for all our loyal viewers and has them gripped to the edge of their seats as the stories unfold.

“We are very proud to be a jewel in Yorkshire’s crown and want to make sure we celebrate our wonderful village and everyone who lives there.”

Of the planned celebrations, she added: “Across the month you will see stories which have you in tears, make you laugh out loud and of course, amaze you with some of the most epic stunts you will have ever seen.

“The Emmerdale team is a force to be reckoned with when it comes to creating drama as its very best, and never before has this been more true.”