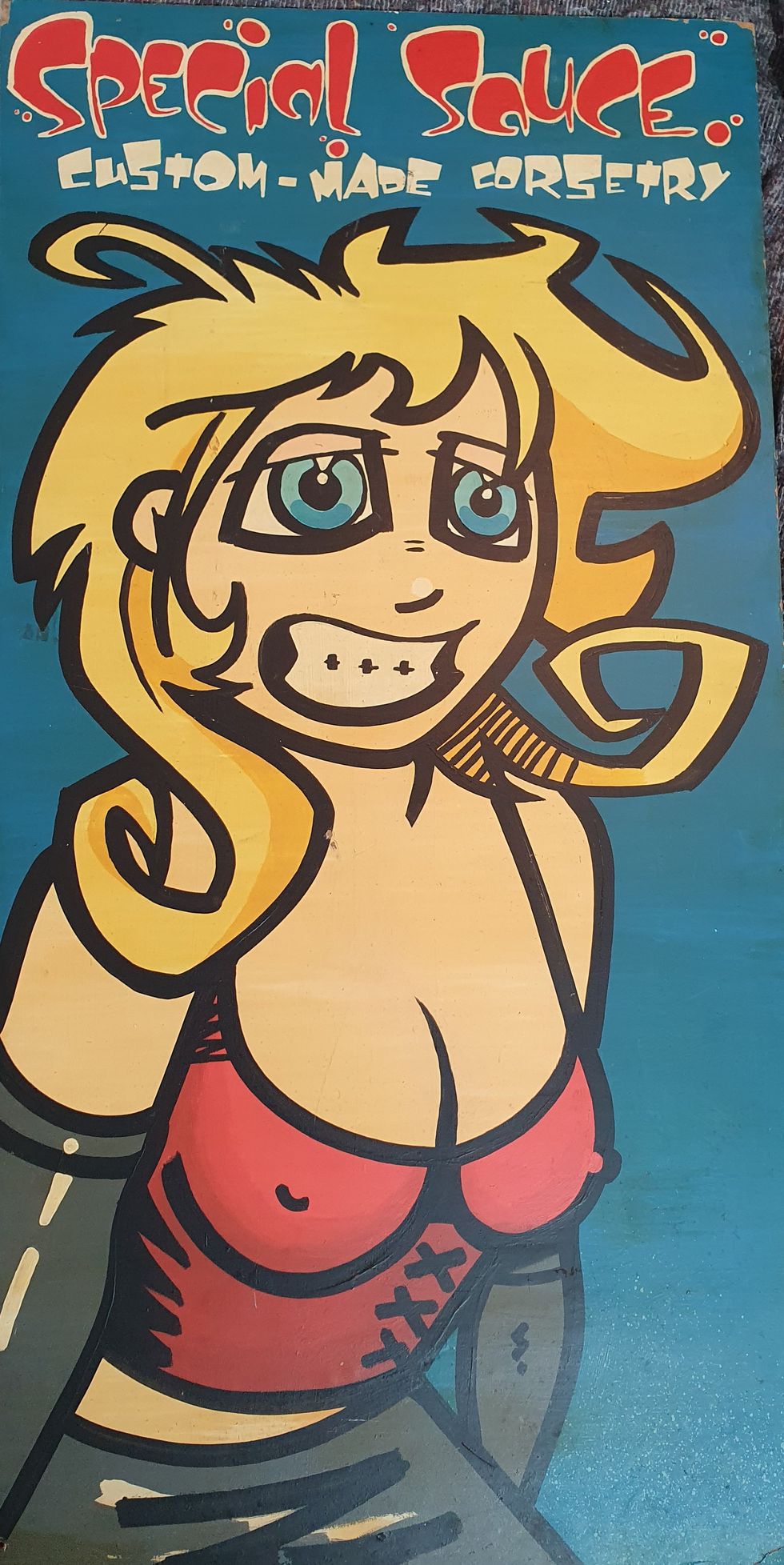 A collection of handmade birthday cards, flyers and an A-board, pictured, that Banksy is said to have painted for his ex girlfriend’s shop (The Art of Banksy/PA)

A woman who claims to be the former girlfriend of Banksy has loaned a collection of previously unseen artwork to an upcoming exhibition in Salford’s MediaCity.

Among the pieces are handmade birthday cards, flyers and an A-board for her corset shop in Bristol which she claims the anonymous graffiti artist painted for her while they were together from 1994 to 1998.

The famed street artist is said to have come out of the Bristol underground scene where he painted one of his first major works, The Mild Mild West, depicting a teddy bear throwing a Molotov cocktail at police.

Banksy’s artwork, Girl With Balloon before it shredded itself after being sold for more than £1 million at auction (Sotheby’s/PA)PA Media - Sotheby’s

The woman, who wishes to remain anonymous, said she offered six artworks to the touring exhibit, The Art of Banksy, to give the public the chance to see them for the first time.

Michel Boersma, curator and producer of the exhibit, said: “Being offered these wonderful and unknown early Banksy works was surprising and really exciting.

“I could not believe what I was reading when the email suddenly appeared in my inbox two weeks ago. If true, these were completely unknown and highly personal works by Banksy.

“We then established the authenticity of the owner and the works she was offering. Speaking with her, a lot of details of the early life of the now world-famous artist were shared.

“Exciting little anecdotes, about her and their live at the time. The six extra pieces have now arrived at the exhibit and are ready, for the first time, to be seen by the public.”

The Art of Banksy display, which will feature 145 authenticated works including prints and canvases, is set to open in MediaCity, Salford on October 21 and end on January 8.

The travelling art show, which has finished a spell in London, is not authorised by the artist and all the works are on loan from private collectors.

Among the collection are works from 2002 to 2017, including pieces that brought the artist international recognition such as Girl With Balloon (2002).

Exhibition of 145 Banksy artworks to open in Salford’s MediaCity

Please log in or register to upvote this article
Banksy