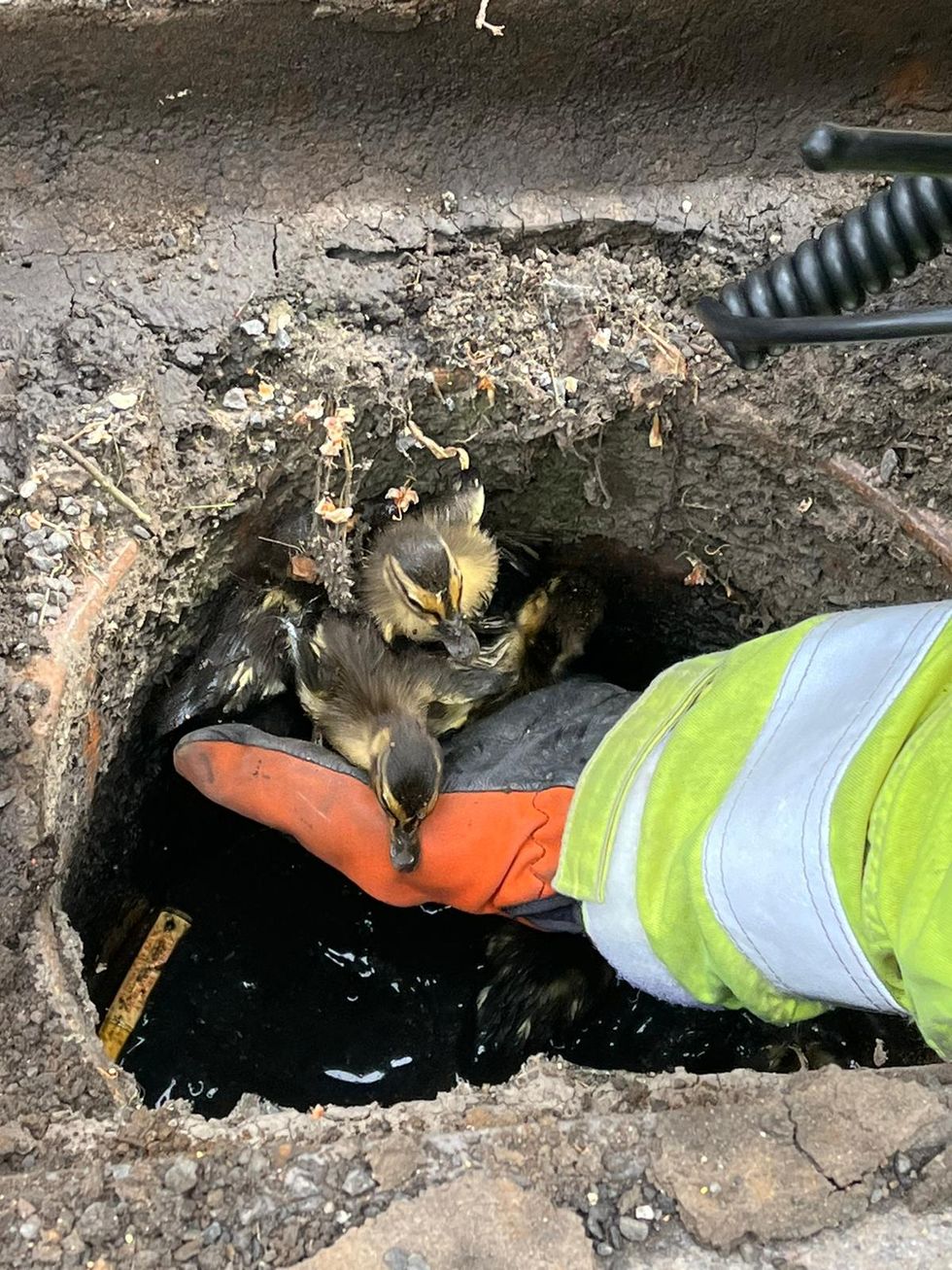 Firefighters rescued seven ducklings that were trapped down a storm drain after worried students raised the alarm.

The Newcastle-based crew was sent out to Castle Leazes halls of residence in the city on Sunday morning, after the mother duck was heard quacking noisily.

She was joined by concerned onlookers who had seen her circling the drain and flapping her wings, and the students could see through the grate to the trapped ducklings below.

The trapped ducklings were visible through the grate (TWFRS/PA)

Watch manager Lee Denny of Tyne and Wear Fire and Rescue Service, said: “It was as if the mother duck knew that we were there to help rescue her trapped offspring.”

The crew quickly opened up the drain with a crowbar and reached down to free the little ones and reunited them with their mother.

Mr Denny said: “We were delighted and over the moon that the story had a happy ending and credit goes out to the Newcastle University students who initially raised the alarm.

“It’s not every day that you get to save the lives of seven little ducklings on a Sunday morning.”

Dog named 'Faith' waiting to be adopted for more than 1,200 days

Please log in or register to upvote this article
DucksNewcastle Universityrescue