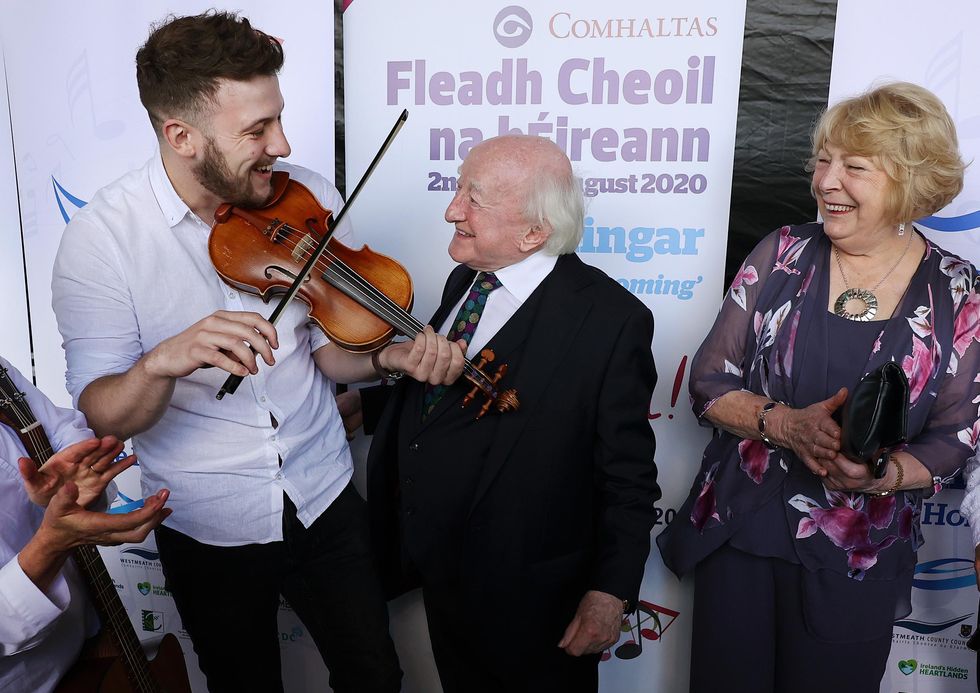 The Mullingar staging of the festival has been titled “The homecoming” as the town was the venue for the first Fleadh Cheoil na hEireann more than 70 years ago in 1951.

Hundreds of thousands of people are expected to visit the festival over the coming week as artists from around the world take part in 150 competitions.

The opening ceremony heard a tribute to tragic primary school teacher and talented traditional musician Ashling Murphy, 23, who was killed while out jogging beside a canal in Tullamore, Co Offaly in January.

Scholarships in Ms Murphy’s memory will be awarded to musicians during this year’s Fleadh.

The festival programme will also include a special performance by a group of Ukrainian musicians.

At the opening ceremony, President Higgins highlighted the ongoing importance of traditional music in Irish culture.

“Music matters so much to us a nation, an artistic medium for which we have high culture and value,” he said.

“It features centrally in our history and culture.”

Fleadh executive committee chair Joe Connaire said: “We are so pleased to have finally arrived at this momentous gathering.

“We are very proud that Fleadh Cheoil na hEireann has returned to its roots here in Mullingar, where the first ever Fleadh took place, organised by founding members of Comhaltas (Irish culture organisation).

“From just a few hundred people in attendance all those years ago, to the hundreds of thousands who will flock to the county this year, the Fleadh is intrinsic in preserving the legacy of Irish traditional music, dance and culture.”