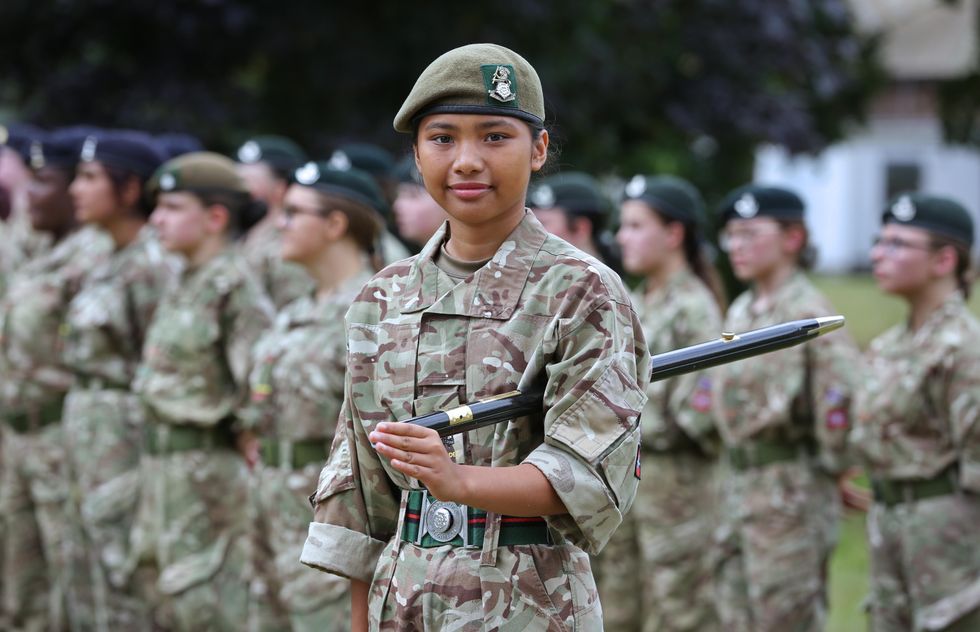 A teenager who arrived in Yorkshire from the Philippines speaking hardly any English has been appointed to the highest possible rank for an Army cadet.

Ashanti Mai Holden moved to the UK in 2016 when her British stepfather took up a position in the country.

Before that she had been brought up in the Philippines speaking the native Tagalog language.

The 18-year-old’s new role as Regimental Sergeant Major of her county means Staff Cadet Ashanti Mai is now responsible for leading all the cadets within Yorkshire (North and West) Army Cadet Force, commanding as many as 400 cadets at any one time during the county parade.

Ashanti Mai, who is in the Northallerton Detachment of Yorkshire (North and West) Army Cadet Force, said: “My older brother was in the cadets and loved it so I thought I’d join too.

“Back then there were so many new things to get used to – a new home, a new school, new friends. But the cadets gave me a community and helped me find my place in my new country.”

Colonel Fred Owen, commandant of Yorkshire (North and West) ACF, said: “Ashanti Mai is a fine example of what young people can achieve when they put their mind to it and she has truly risen to the very highest pinnacle for a cadet.

“Since joining the cadets she has embraced every opportunity given to her. As well as mastering the English language, she has become a fantastic ambassador for mental health by supporting her fellow cadets throughout the pandemic.

“She is an amazing role model to all those who meet her and I’m delighted that she has succeeded in achieving the rank of Regimental Sergeant Major in spite of the challenges posed by the pandemic, which has limited her access to some of the courses she’s needed.”

“She is respected by all who meet her and I’m immensely proud of all of her achievements. She brings sunshine and positivity to the detachment as well as huge amounts of self-discipline and commitment to any task.”

Ashanti Mai is in Year 13 at Northallerton School and hopes eventually to join the Royal Corps of Signals.

Please log in or register to upvote this article
Philippines