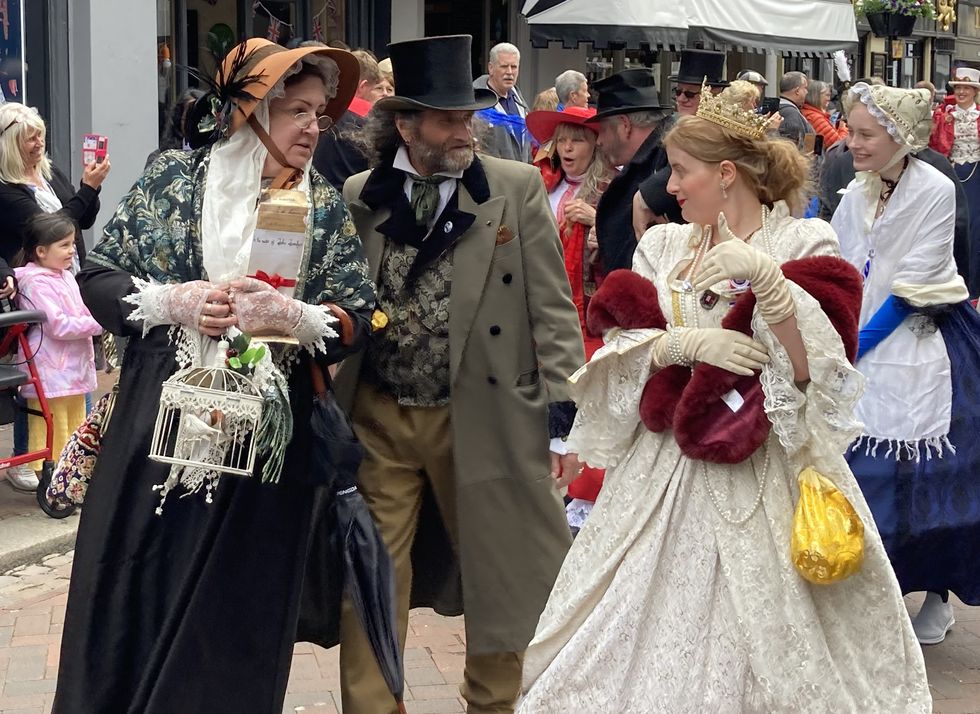 Hundreds of people lined the streets of Rochester to celebrate the Queen’s Platinum Jubilee in a unique way.

Drawing on the Medway town’s historic connections with Charles Dickens, each June and December participants in period costume take to the streets to celebrate the author.

This year’s event was timed to coincide with the Platinum Jubilee.

Led by the City of Rochester Pipe Band, the town mayor and a town crier, a parade of more than 200 costumed participants marched down Rochester High Street to the Rochester Castle grounds, where a funfair, food and drink and Dickens-themed activities and entertainment awaited.

The parade was the perfect way to celebrate for Peter Sales and Jane Matthews, costume enthusiasts who have used any excuse to dress up for the past three decades.

Mr Sales said: “We like dressing up; we’ve been doing this for years. We do it for fun. We love dressing up and we love Dickens as well.”

Mrs Matthews added: “I do Tudor recreation as well. At the drop of a hat, we dress up, so this was the obvious way for us to celebrate the Jubilee.”

The turnout for this year’s Dickens parade was hampered slightly by heavy winds and a lack of sunshine – but there was still a great atmosphere, said Sue Smyth and Rebecca Chorley.

They were among a number of regular Dickens parade attendees not there specifically to celebrate the Jubilee.

Mrs Smyth said: “Every summer and winter we do the Dickens, and this is just how it’s fallen, but the atmosphere is lovely. Everyone’s happy.

“It’s just a celebration, and because it’s the Jubilee we’ve had a double celebration.”

Mrs Chorley added: “This makes it a bit bigger, but then again there aren’t as many people here as normal.

“You can’t go anywhere without being stopped for a photo, but it’s lovely to hear comments, especially from the little ones who say you’re a princess.

“It’s a nice excuse to get together after Covid.”