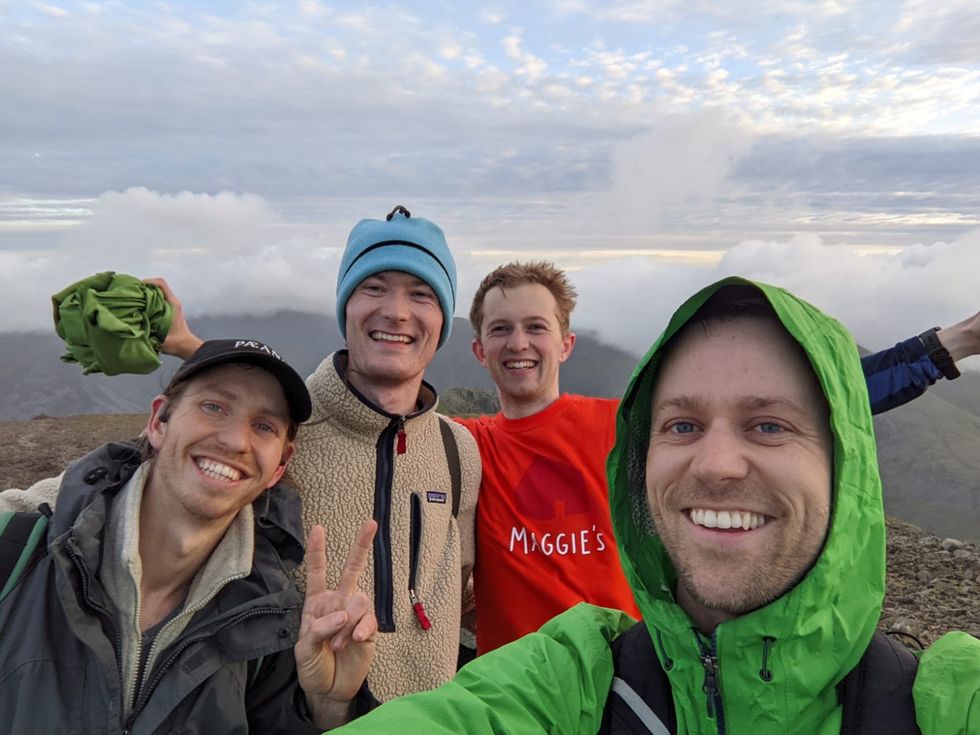 A man is set to run the London Marathon with his cousins to raise money for the charity which offered invaluable support to his “super human” father who died from cancer and previously completed the same event with his twin brother.

Sam Spence is to take on the London Marathon with his three cousins – Ben Spence, 36, a police sergeant from Bristol, William Spence, 29, a collections agent from Bath and Alex McCulloch, 26, a trader from London. They are raising money for the charity Maggie’s, which offered his late father Peter invaluable support in the final years of his battle with cancer.

Mr Spence, a 28-year-old data analyst from London, said his father was diagnosed with Stage 4 mesothelioma cancer in November 2020 and died from the condition in June 2021 at the age of 63, which sent “shockwaves throughout the whole family”.

“We’ve never had anyone in the family who has been diagnosed with cancer and often because mesothelioma is undetectable, when you find out you have it – it is too late,” he added.

“So my dad was living knowing that he had less than a year to live.”

He credited the charity Maggie’s for helping his father deal with his diagnosis and for providing him with a “place to unwind and also talk to people that were going through a similar thing to himself”.

Taking part in the London Marathon felt like the best way to honour his father, as running and this specific event had always played a special role in the family, with his father also regularly competing in cross-country.

His grandfather – Dr John Spence, 90 – took part in the first London Marathon and with little training managed a “crazy” time of three hours and eight minutes and his father and his identical twin brother, Graham Spence, 64, did the marathon in 2002, something which has stuck with Mr Spence.

On that day, it felt as though they were superhumans. We looked at them as if they were like Mr Incredible to us.

“On that day, it felt as though they were superhumans. We looked at them as if they were like Mr Incredible to us,” he said.

“At the time, I was probably nine, and the image that I’ve got in my head is him running down The Mall, down that home straight and he ran over to us when we were on the sidelines.

“I can actually remember him coming over to us and the smell of him after that four-hour gruelling run.

“And then as soon as he crossed the finish line, we managed to sneak in and see him when that moment happened.

“It was just incredible and the atmosphere there is just second to none.”

He added that in order to honour his father and make it seem as though he is with him and his cousins on the day, they will all wear charity vests bearing his name.

“We thought it would be a nice thing to do because when you’re 20 miles into a marathon and someone’s shouting out your dad’s name, it kind of gives you that extra bit of motivation.”

When Mr Spence’s father and his twin brother ran the marathon, the pair stood out because of their colourful hairdos, largely thanks to cans of pink and purple hairspray. The cousins plan to replicate the “horrible” hair colours on October 2.

Mr Spence added that Maggie’s has also offered support, through sending “weekly check-ins to us to see how our training’s going and whether we need any support” and is “incredibly grateful” that they are running on behalf of it.

He described seeing donations increasing as being “surreal”, with their £5,000 target being surpassed and a total of over £6,500 being raised.

“You only expect people you know to kind of support and donate, but when other people who’ve never met you before are donating and supporting you, that’s quite a surreal feeling,” he added.

The group also completed the UK three peaks challenge on June 19 2021 to raise funds for Maggie’s, in a time of 22 hours and 45 minutes.

The challenge sees participants climb the highest mountains in Scotland, England and Wales (Ben Nevis, Scafell Pike and Snowdon), and the group’s attempt could have ended in a completely different way because of a herd of sheep.

“We were driving up to Scafell Pike and it was about 2.30 in the morning and we’re driving down these country lanes and the country lanes were blocked because loads of sheep decided to fall asleep in the middle of the road,” Mr Spence said.

“We all had to get out of the car, shoo the sheep off the road, which were probably taking up half a mile of road, but when you’re racing against the clock, that 20-30 minutes could make all the difference.”

More information about the fundraiser can be found on this link: Fundraiser by Sam Spence : https://www.gofundme.com/f/supporting-maggies-oxford-in-memory-of-peter

Please log in or register to upvote this article
London MarathonOctober