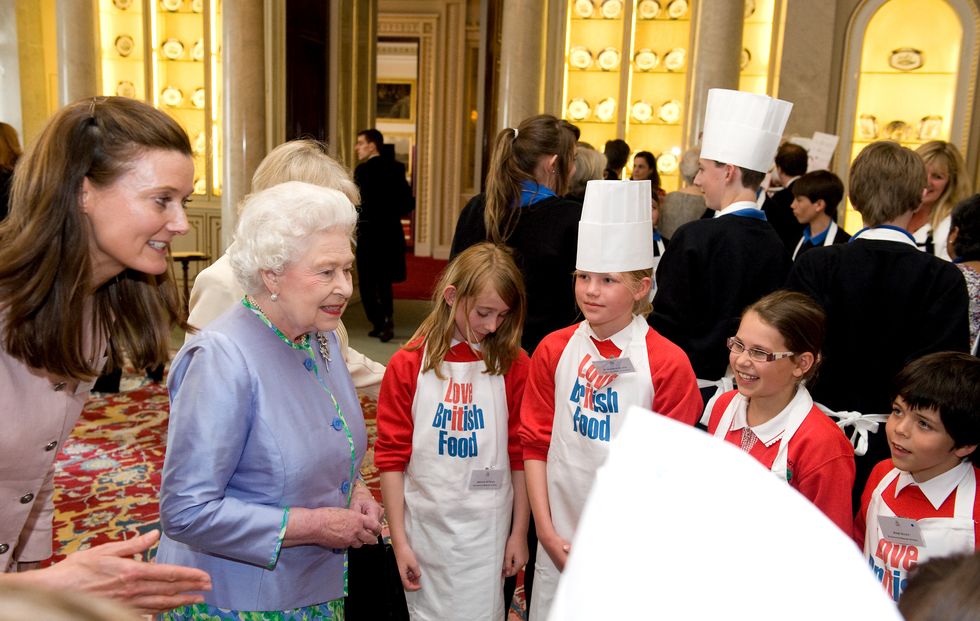 A new Platinum Jubilee Cookbook will celebrate breaking bread with people from around the world, the Prince of Wales and Duchess of Cornwall have said in the book’s foreword.

The cookbook will present 70 recipes from British embassies and high commissions, including Spanish marmalade from the Madrid embassy and green fish curry from the Islamabad High Commission.

It will also include anecdotes about the use of food in British diplomacy.

In the foreword, Charles and Camilla write that 70 years ago – when the Queen first became monarch – the UK’s culinary outlook was “bleak”.

More than ever before we welcome one another’s culinary heritage into our homes – and, for this, we are deeply grateful

Prince of Wales and Duchess of Cornwall

“Seventy years ago, when The Queen came to the Throne, the culinary outlook in the United Kingdom was bleak: several foods were still rationed and the meagre choice of ingredients on offer posed a challenge to even the most creative cook,” they write.

“Meals from other parts of the world were almost unheard of. The only option for a takeaway was the ever-faithful fish and chips; and olive oil was sold in small bottles by chemists, for medical rather than culinary use.”

However, they go on to say in the foreword that the nation’s tastes have today been “transformed” by the arrival of other nations’ cuisines into British homes.

“Today, our tastes have been transformed,” they write.

“More than ever before we welcome one another’s culinary heritage into our homes – and, for this, we are deeply grateful.”

While the variety of food has changed, Charles and Camilla say that one thing has remained constant – the “profound, almost spiritual, significance of breaking bread with others”.

“On all Royal Visits, food plays an important part, presenting opportunities to enjoy a taste of the host nation’s culinary heritage, while also offering a chance to share the best of British cuisine,” they write.

“We recognise some of the dishes here, from the British-Malaysian fusion Rendang Beef Wellington we enjoyed in Kuala Lumpur, through to the utterly delicious whisky bread and butter pudding we enjoyed in Washington.”

The Platinum Jubilee Cookbook will be released on April 28, ahead of the celebration of the Queen’s 70-year reign.