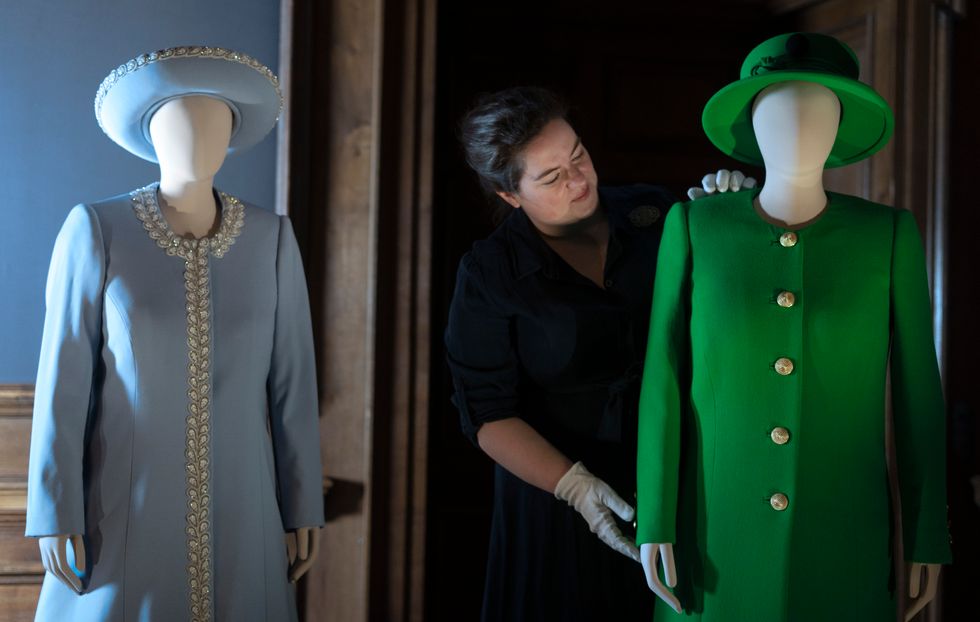 The Queen’s regalia is going on display (David Cheskin/RCT)

Outfits worn by the Queen during her appearances on the balcony of Buckingham Palace during the Platinum Jubilee celebrations are going on display.

From this Sunday, outfits worn by the Queen during her Silver, Golden, Diamond and Platinum Jubilees can be seen at the Palace of Holyroodhouse in Edinburgh.

Gifts presented to the Queen in Scotland throughout her 70-year reign will also be part of the exhibition.

During the Trooping the Colour ceremony on June 2, she wore a pale blue dress with matching coat and hat.

The second ensemble consisted of a vivid green wool-crepe dress and coat.

This was worn on June 5 as the Platinum Jubilee celebrations came to an end.

The Royal Collection Trust says visitors will also see a group of works relating to the Queen’s first official visit to Edinburgh, which took place 20 days after the coronation at Westminster Abbey in  1953.

Items on display will include a copy of the official souvenir programme from the Edinburgh celebrations and a selection from a set of goblets presented by the High Constables of the Palace of Holyroodhouse during the visit.

The goblets are engraved with the Queen’s Beasts – heraldic emblems that include the unicorn of Scotland and the dragon of Wales.

The Queen has been in Scotland in recent days, appearing at her annual Holyrood week events.

The week always begins with the “ceremony of the keys” where she is offered the ceremonial keys to the city and the palace.

The silver-gilt palace key will be part of the display.

On Friday, July 15, the Palace of Holyroodhouse will host a 1950s-themed event called Jubilee Jive Late.

There will be a live jazz band, jive performances and a gramophone DJ, with 1950s fashions encouraged.