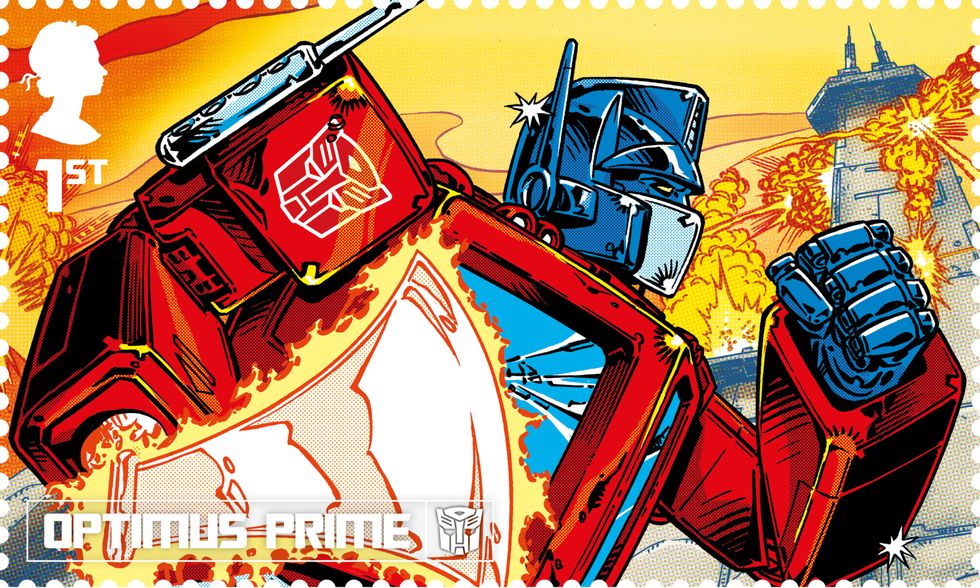 The stamps pay tribute to the British contribution to the robots franchise.

They will come in eight pairs, with each pair containing one autobot and one decepticon.

The robots will be pictured in their original 1980s styles, and will include fan favourites such as Optimus Prime, Bumblebee and Megatron.

Each was created by British comic artists: Andrew Wildman (pencils); Stephen Baskerville (inks); and John-Paul Bove (colours), who have all contributed to the Transformers series.

The stamps have been printed with UV ink, which reveals each of the character’s faction logos and names in the Cybertronian alphabet when shone under UV light.

Collectors will also be able to watch a unique AR animation – including a clip from the original animated Transformers TV series – by scanning the stamps using the Royal Mail app.

Matt Parkes, director of stamps and collectibles at Royal Mail, said that British writers and artists had made a “substantial” contribution to the Transformers franchise.

“Since the Transformers burst on to the scene in 1984, British writers and artists have made a substantial contribution to the ongoing story of the popular warring mechanoids – to this day many continue to do so and have inspired new artists to do the same,” he said.

“We are delighted to be able to celebrate their work with this stunning set of stamps – which calls back not only to the early comics but also – by using the Royal Mail App to trigger hidden content – the original cartoon series as well.”

The stamps are available to pre-order at www.royalmail.com/transformers and by calling 0345 7641 641

They will go on general sale on September 1, with the presentation pack containing all 13 stamps priced at £17.50.

Even Postman Pat is supporting the strikes

Please log in or register to upvote this article
Royal MailTransformers