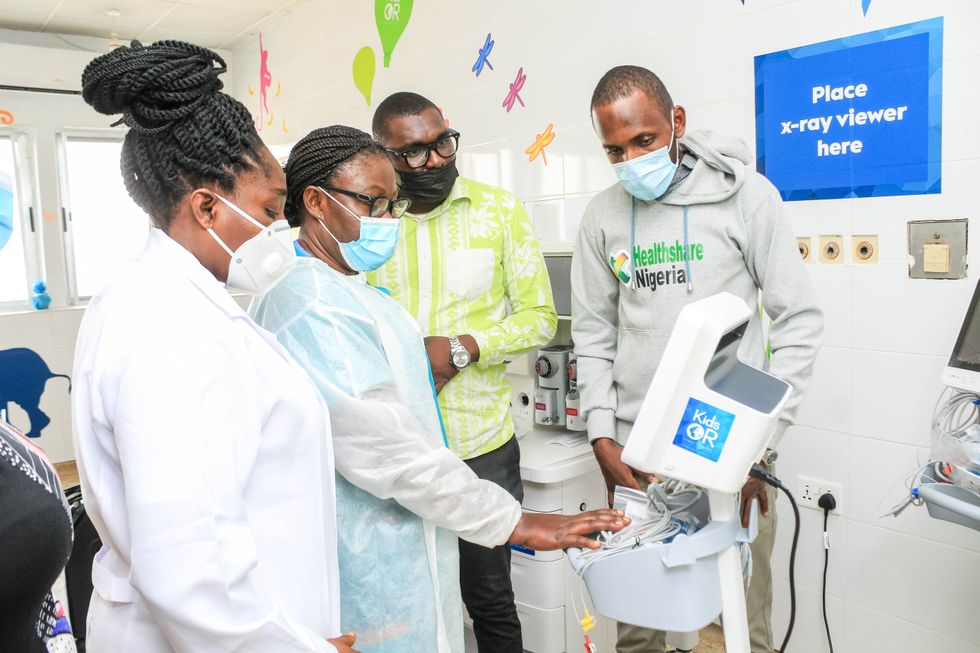 A Scottish charity which helps provide life saving surgery to children in some of the world’s poorest countries is celebrating the opening of its landmark 50th operating theatre.

Edinburgh-based Kids Operating Room, founded by husband and wife Garreth and Nicola Wood in 2018, has opened its 50th operating room, giving the charity the capacity for more than 30,000 children a year to access safe surgery.

Mr Wood, who is the chairman of the charity, hailed the “remarkable achievement” and said that it was a “particularly proud day for Nicola and myself and the rest of our dedicated team here at KidsOR”.

“Our vision is a world where every child can access care they need so that common conditions such as appendicitis or a broken leg do not have to result in a child’s death or a lifetime of disability,” he said.

“We achieved a great deal since starting the charity, however, for us this is just the beginning.

“By 2030, we aim to have installed 120 dedicated children’s operating rooms across Africa, providing essential surgery to more than 635,000 children.”

Since the organisation founded it has worked with Governments, hospitals and doctors in low- and middle-income countries, and has delivered more than 200,000 individual items of equipment.

Each operating room has more than 3,000 pieces of kit which were tested, packed and shipped from Scotland.

The charity has opened theatres in Africa and Latin America and hit its 50th operating room after setting up two at Komfo Anokye Teaching Hospital, in Kumasi, Ghana.

Dr Michael Amoah has been working at the hospital since 2003, said: “Before the new ORs were installed, we did not have a dedicated operating room for paediatric surgery, so we had to compete with adults, meaning we were only able to do around 40-45 paediatric procedures in a month. Most of these were emergencies.

“The state of the theatre was not paediatric-friendly. We had to use adult-sized tools and equipment to operate on small children.

“I believe the KidsOR operating rooms will provide a safe environment for our patients and will shorten the waiting time for both electives and emergencies, thus reducing complications and mortality.”

The charity, which has bases in Edinburgh, Dundee and Nairobi, also funds the training of surgeons and anaesthesia providers.

It said around 1.7 billion children and teenagers worldwide do not have access to surgical care.

Please log in or register to upvote this article
charityhealthScotlandSurgery