There are places I remember… 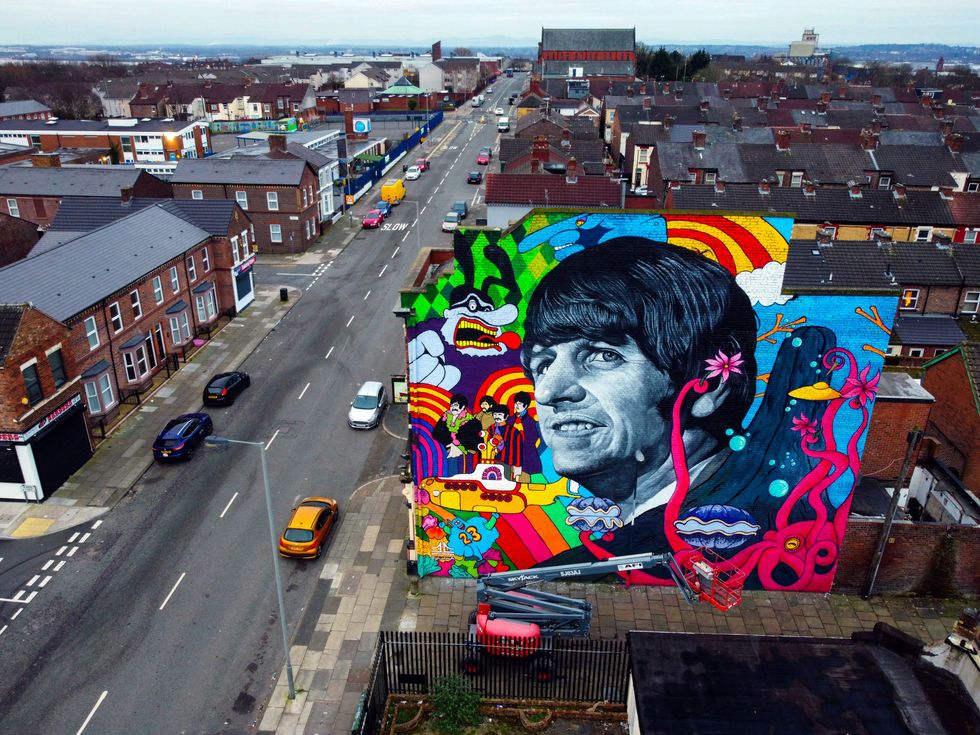 A mural of Ringo Starr, by Liverpool artist John Culshaw, is unveiled on the gable end of The Empress pub in Admiral Street in Toxteth, across the road from the former Beatle’s childhood home (Peter Byrne/PA)
PA Wire/PA Images - Peter Byrne

A huge mural of Ringo Starr has been completed on the site of a former pub a stone’s throw from the former Beatle’s childhood home in Liverpool.

The musician paid tribute to his local, The Empress, on the cover of his first solo album, Sentimental Journey.

He was born just around the corner from the pub, in Madryn Street in the Dingle area of south Liverpool, and lived close by in Admiral Grove from the age of six.

The colourful mural of Ringo Starr on the side of former pub The Empress, close to his childhood home in Liverpool (Peter Byrne/PA)PA Wire/PA Images - Peter Byrne

His mother, Elsie, worked as a barmaid at the pub in High Park Street, Toxteth, before Ringo, then known as Richard Starkey, found fame and fortune in the Fab Four.

The mural has been painted by Liverpool artist John Culshaw, who has painted a number of football-themed murals across the city.

Despite closing down a number of years ago, The Empress is a destination for Beatles fans taking in the city, with tourists frequently visiting the landmark.

A Beatles-themed hotel has been rumoured for the building, but, according to Liverpool City Council planning documents, the former pub is to be converted into a house of multiple occupancy.