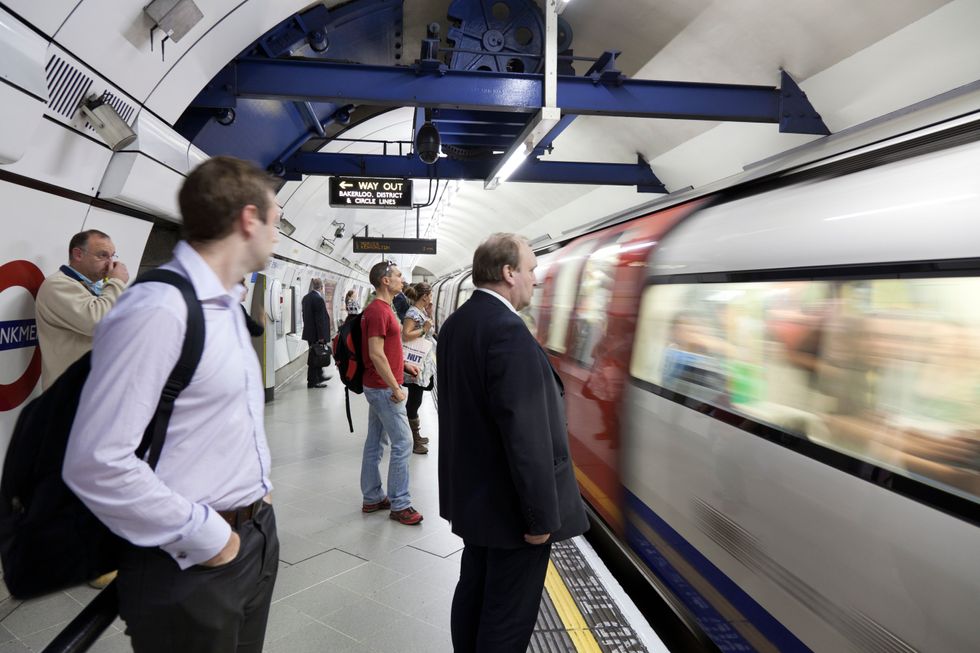 A writer who was wowed when he saw his poem featured on London tube carriages has encouraged budding poets to “not try and fit in with everyone else”, but to bring “who you are” to the field.

For Black History Month, which falls in October in the UK, TfL has teamed up with Arts Council England and The British Council to highlight the work of Black poets through its popular Poems on the Underground series, which includes Nobel Prize winners, poet laureates and performance artists.

All poems are featured in a leaflet and can be downloaded from the TfL website, and one contributor even had his poem featured on London tubes in August 2020.

Writer and poet Roger Robinson, who lives in the East Midlands, told the PA news agency that his poem – “And if I speak of Paradise”, which comes from his book A Portable Paradise – drew inspiration from what was happening in the UK at the time, including “Covid, nurses, people under pressure, immigrants”.

He said that he intended for the poem to have a “multiplicity of readings”.

“It was a way of opening up and it was a lesson for me – to sometimes not be too prescriptive and just let it be.”

He added that when he first found out his poem was at the top of a TfL tube carriage, “I was like wow, OK.

“It was a complete surprise to me – people were texting me saying that saw it on the underground and I was like, ‘What?’, he said.

The award-winning writer, who won the prestigious TS Eliot Prize in 2019 for A Portable Paradise, said that despite not initially thinking about poetry as a career, he always enjoyed writing and was always “able to make connections with people through writing”.

“And certain people kept on encouraging me – one of them was Bernardine Evaristo, the Booker Prize winner.

“More than 26 years ago, she ran something called ‘Spread the Word’ and she used to let me do the workshops for free because she thought I was talented, and we have been friends ever since.”

He added that he is “happy that there’s a lot of young black people getting into poetry because I’m getting some accolades and because I look a particular way”.

He said that aspiring poets should “write the poem that only you can write”.

Everything else in the world has already been done. The only thing new is who you are and how you can utilise it.

“Everything else in the world has already been done. The only thing new is who you are and how you can utilise it.

“But don’t try and fit in with what everybody else writes – do it like you do it, but also read a lot to find out how to turn your stories into a craft.

“And don’t just read things linked to your culture, read outside your culture – read Japanese poets, German poets and pick up the craft of it and bring it to your stories and culture.”

Sinead Russell, director of literature at the British Council, said: “Since 1986, we have been supporting Poems on the Underground to celebrate great poetry and offer readers an opportunity to pause and reflect on how we understand each other in an ever-changing world.

“We are delighted to support this powerful collection of poems by Black poets to celebrate Black History Month. We believe it is ever more important to spotlight these poets to help their work reach an even wider audience.”

In Pictures: Borough Market’s Harvest Festival a feast for the eyes