UK couple paint their house in colours of Ukraine flag 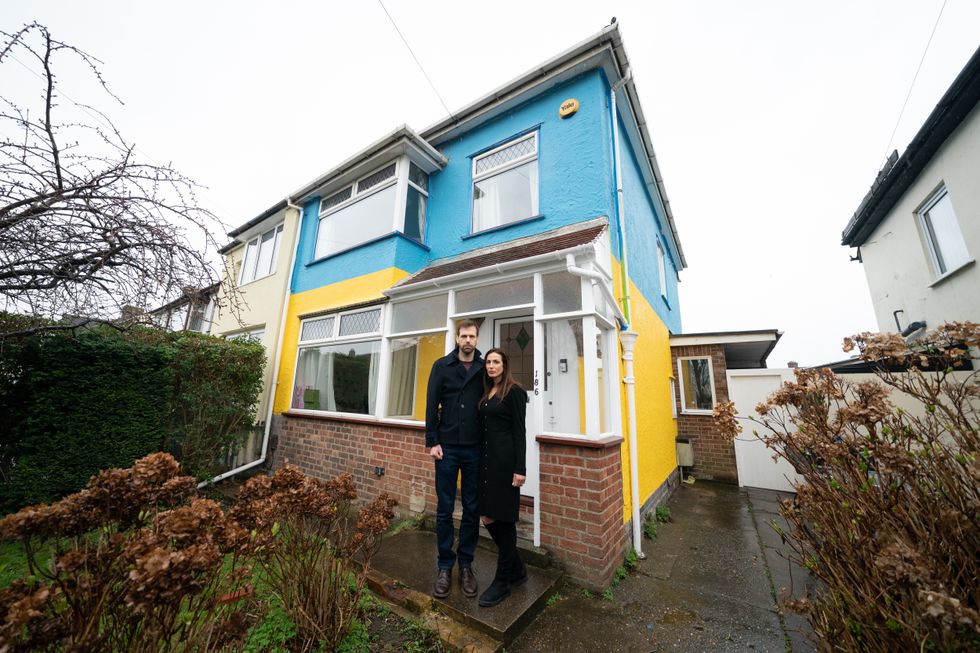 A UK couple have painted their house in the colours of the Ukraine flag in a show of support for friends in the country.

Rend Platings and her husband Michael used two five-litre tubs of paint, one yellow and one blue, costing £76 in total, to decorate the outside of their home in Cambridge on Sunday.

The pair, who live with eight-year-old daughter Samantha, said neighbours have been supportive.

Mrs Platings said: “It was my husband’s idea.

“He just assumed other people would have done it anyway.

“He sent me a WhatsApp with some tubs of paint, two five-litre tubs that he bought, and said ‘How about we paint the house, what do you think?’

The charity chief executive said the move was designed to “show our support for our friends in Ukraine and for the Ukranian people in this crisis”.

“Unequivocally we feel that Russia has been the aggressor, the bully,” she said.

“There are very few cases where there are so clearly bad guys and such a wrong thing to happen to people.

“We especially feel for the parents who are over there and the children.

“There are heartbreaking stories of children that are running out of medicine, need treatment, that are scared to leave their homes or their bunkers and cellars.

“They are left with a choice none of us would want to have.”

The Platings used two five-litre tubs of paint, one yellow and one blue, costing £76 in total, to decorate the outside of their Cambridge home (Joe Giddens/PA)PA Wire/PA Images - Joe Giddens

Mrs Platings said she is Iraqi – “maybe it makes me a little bit sensitive around war issues” – and was in Ukraine “a couple of weeks ago” to see friends.

“One of my best friends is there now and she’s just heartbroken,” she added.

Mr Platings said: “I find social media to be impermanent.

“This could be something that carries on longer than the average attention span on Twitter.”

He added: “It’s really not about us but people have said they’re proud to be our friends.

“People in Ukraine have appreciated the support that they’re getting from everyone all over the world.”

Please log in or register to upvote this article
CambridgeRussiaUkraine

One Direction
The Conversation (0)