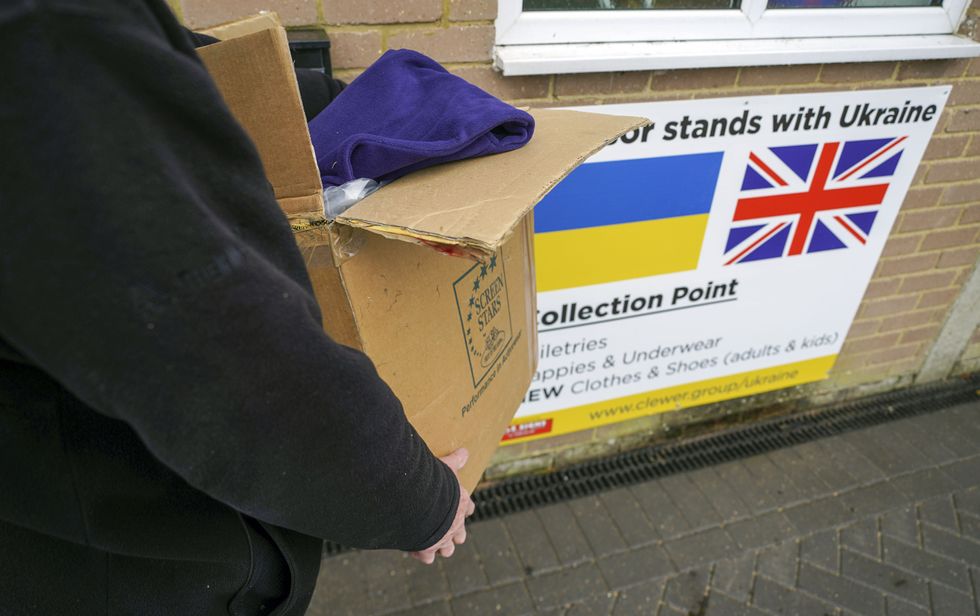 More than £100 million has been raised to provide aid for Ukraine in what has been described as an “amazing show of support” from the UK public.

That is the equivalent of more than £1 million an hour since the appeal was launched, the Disasters Emergency Committee (DEC) said.

It said the funds are already being used by DEC charities inside the invaded nation and at its borders to provide people fleeing the war with food, water, medical assistance, protection and trauma care.

The DEC said the message from aid workers is that money is needed rather than specific donated items, which are often not what people need and are difficult to transport.

Further donations will help scale up the work of the charities, which include Save the Children, Age International and the Catholic Agency for Overseas Development (CAFOD).

Jo Kitterick, CAFOD’s head of supporter engagement, said: “This amazing show of support for people fleeing the conflict has meant that we have been able to start spending money straight away to help more people.

“Through our international partner Caritas, we are working inside Ukraine and on its borders, setting up safe centres with beds, food and washing facilities. We’re also providing transport, information, psychological support and child-friendly spaces.

“The conflict shows no sign of letting up and our local experts are seeing more and more people having to flee their homes to keep themselves safe. We’re expecting the numbers crossing the border to keep increasing in the coming days.

“I want to thank everyone who has donated to help us support them in their moment of greatest need.”

The DEC, which is made up of 15 leading UK aid charities aiming to raise funds quickly and efficiently at times of crisis overseas, said “generous donations” have been made by the Queen, the Prince of Wales and the Duke of Cambridge among others.

The latest total includes £25 million in match-funding from the UK Government, it said, the largest commitment ever made to a DEC appeal through the UK aid match scheme.

It comes as the number of Ukrainian refugees continues to rise sharply, and more than 1.5 million people have streamed out of the country in just 10 days, according to the United Nations.

The UN high commissioner for refugees Filippo Grandi said it was the fastest growing refugee crisis in Europe since the Second World War.

The UN estimates up to four million people may be forced to leave the country and seven million may lose their homes inside Ukraine.