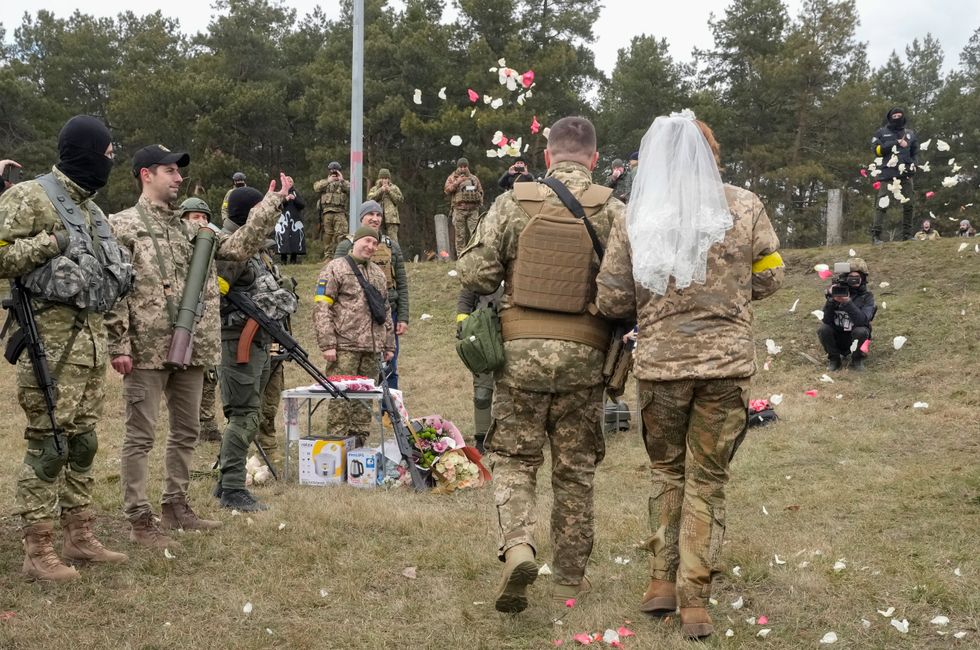 Two members of the Ukrainian military have married in their fatigues as their country faces continued bombardment by Russia.

Lesia Ivashchenko and Valerii Fylymonov, both members of the Ukrainian Territorial Defence Forces, were married at a checkpoint in Kyiv on Sunday.

In as traditional a ceremony as was possible in the circumstances, the bride wore a veil over her military clothes, incense was lit and the couple were showered with flower petals.

Taras Kompanichenko, a popular Ukrainian musician, played the bandura while pictures showed other volunteer soldiers holding flowers along with their weapons.

“It is hard to call it unconditional happiness in this situation, but we surely feel uplifted,” the bride told the Washington Post.

Former heavyweight boxing world champions Wladimir and Vitali Klitschko, the latter of whom is now the mayor of Kyiv, were among those present.

Vitali Klitschko shared a video of the occasion on Twitter and the brothers took pictures with the couple.

The mayor told the Post: “Life continues and the people live and their love helps the war.”