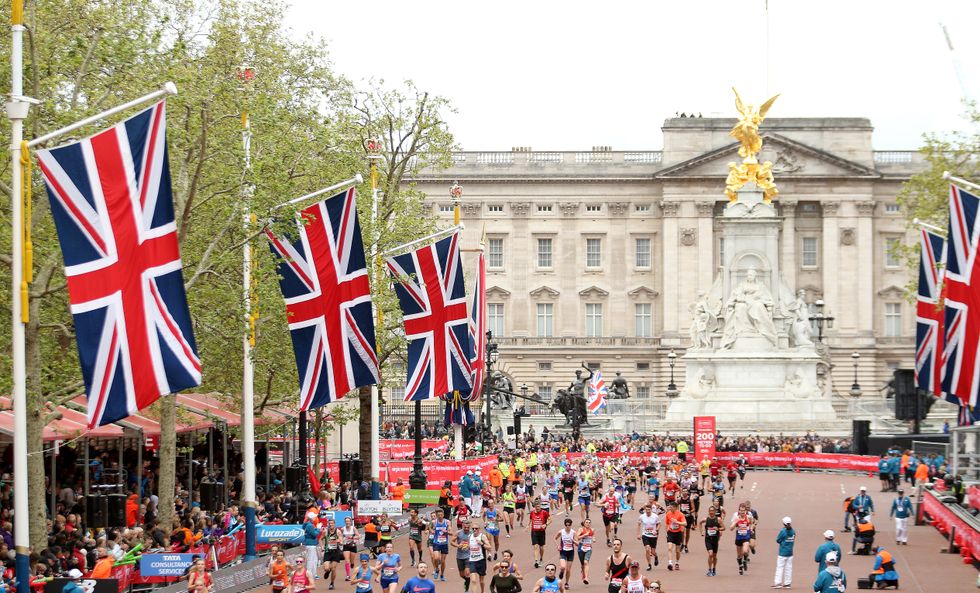 Rain showers are likely to keep London Marathon runners cool on Sunday when 50,000 people race 26.2 miles through the capital.

Elite runners and fast club runners will be at the front of the pack – but around 40,000 of those taking part are there for a personal challenge, a charity fundraiser or the chance to enjoy the incredible atmosphere which London always offers.

Williamson will sound the buzzer for the wheelchair races to begin at around 8.50am, White will start the women’s elite race at 9am, and Scott will press the buzzer to send the elite men and everyone else across the start line by 10am.

Among the famous faces taking part are expected to be actors Cynthia Erivo and Stephen Mangan and reality TV star turned presenter Mark Wright, who was forced to drop out last year due to injury.

The marathon is expected to fall on the birthday of 205 of those taking part with the youngest runner due to be Alex Horsley, from Bournemouth, who will be celebrating his 18th birthday by raising money for the charity Tourettes Action.

London Marathon on your 18th Birthday? Why not? We are in awe of our TA fundraiser, Alex Horsley, who is running f… https://t.co/KHCjDrRtLL
— Tourettes Action (@Tourettes Action) 1664559120

Met Office meteorologist Steven Keates predicted that the day will be “cloudy with outbreaks of rain, perhaps on the heavy side at times, during the morning”, with showers pulling away to the south through the early afternoon.

He added that “winds look mostly light and variable” and temperatures will start at 11C at around dawn “rising to 13/14C for the race start, peaking around 17C mid-afternoon”.

Mr Keates said: “Spectators may need to bring an umbrella, as the weather may not be the best when standing around.”

Runners and spectators could face disruption on Sunday morning as some rail services will start later following Saturday’s strikes by the RMT union, the Transport Salaried Staffs’ Association (TSSA) and Aslef, the drivers’ union – although services to Blackheath, the closest station to the start line, are due to run as normal.

Organisers advised runners to plan ahead, but said: “We are very grateful to Southeastern and Network Rail for their help and support in ensuring that the train services from central London to the start on Sunday morning will run as planned from around 7am for participants in the TCS London Marathon.”

Climate campaign group Just Stop Oil said it has no plans to disrupt the marathon during weekend demonstrations in London, but it could be affected by “knock-on effects”.

Spokesperson Mel Carrington told the PA news agency: “Obviously, there’s potential there that there’ll be knock-on effects but that’s not our intention.”

Sunday’s TCS London Marathon marks the third time it will take place in October after it was moved due to the Covid-19 pandemic.

Organisers said the race will be returning to its traditional spring slot in 2023 with the ballot for places to run on April 23 open until 9pm on October 7.

Eliud Kipchoge, who is not running on Sunday following his world record breaking run in Berlin last weekend, handed out medals at Saturday’s TCS Mini London Marathon which saw thousands of children take part in 2.6k and one-mile events.

A great day to be Moroccan: Thousands on London streets celebrate historic win

Please log in or register to upvote this article
LondonLondon MarathonMarathonRunning