Swanning about – bird on the line delays rush hour commuters 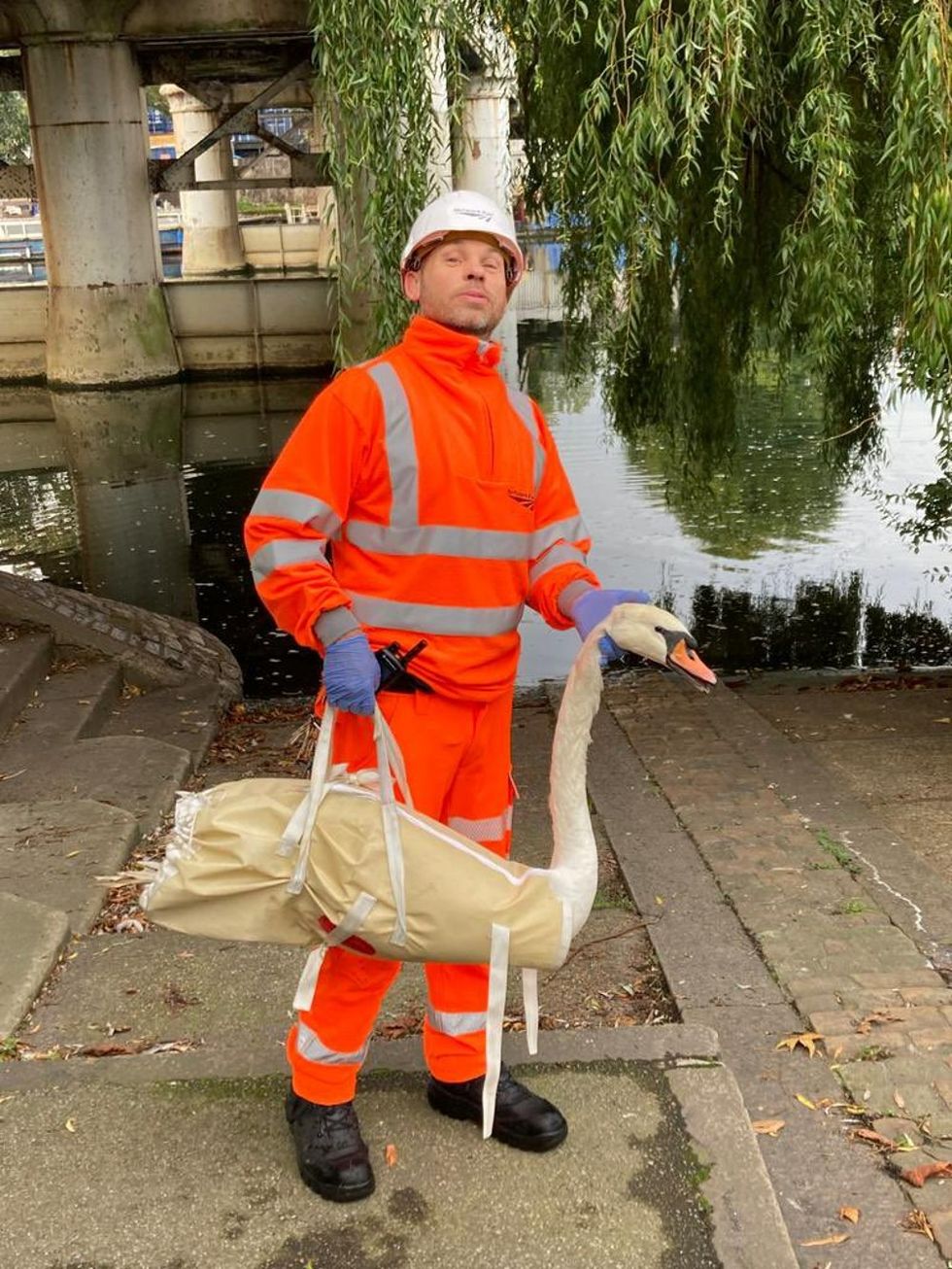 A swan was found on rail tracks in Staines, Surrey (Network Rail/PA)

Commuters suffered major disruption on Monday due to a swan on a railway line.

Network Rail said the bird was found on tracks in Staines, Surrey.

South Western Railway was unable to run trains through the area towards Ascot, Berkshire from around 8am for approximately an hour.

The line reopened once the swan was captured.

Network Rail’s Wessex route posted an image on its Twitter account showing one of its staff carrying the animal in a bag.

The tweet stated: “If you swan around on the railway, you get The Bag.

“Thanks to our ops manager Chris for helping this feathered friend safely from the line at Staines and to South Western Railway customers who had to wait for us to arrive.

“The swan is off to a sanctuary to relax.”

That was in reference to 2007 police comedy film Hot Fuzz, in which Simon Pegg’s character Nicholas Angel and his partner pursue an escaped swan.

But some affected passengers in Staines failed to find the incident funny.

One person tweeted: “Stuck on bridge between Staines and Egham because ‘a swan is sitting on train tracks’… 50 minutes now passed. Can someone come and move the bird.”

Please log in or register to upvote this article
Network RailSwan