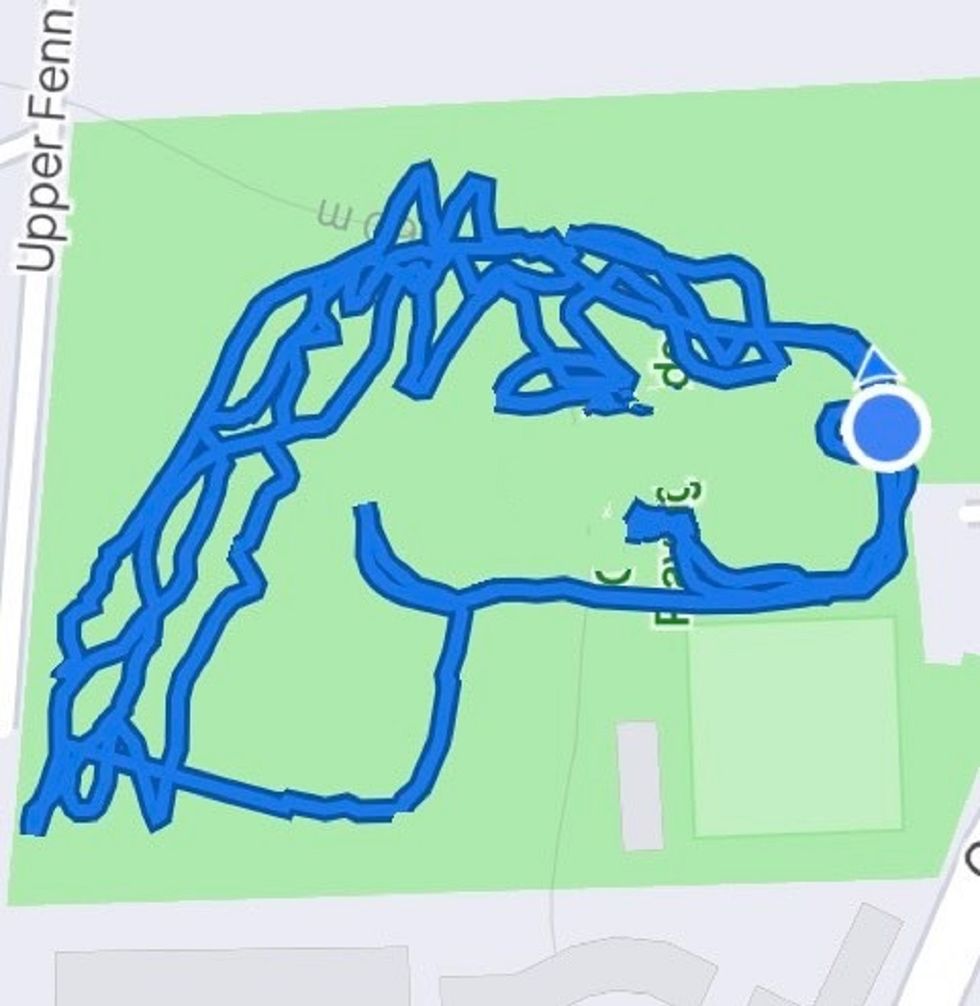 Animals lovers have helped the RSPCA raise over £10,000 as part of a fundraising challenge, which has seen some people walk routes in the shape of different creatures.

The RSPCA launched a fundraising campaign last week called 50 Miles For Animals, which encourages participants to cover a distance of 50 miles over August by any means they wish, to help the animal welfare charity continue to rescue, rehabilitate and rehome animals in need of care.

So far, more than £10,000 has been raised by 365 people, including RSPCA inspectors and staff.

Caroline Richardson, from Essex, has clocked up 22 miles by walking routes in the shape of animals, which can be seen on her mapping app.

“It’s already been so much fun taking on the challenge in the first week – it’s hilarious going back and forth up and down roads trying to draw animal shapes,” said the mum-of-two, who has been an RSPCA inspector for 11 years.

“I’m clocking up the miles with my kids and my rescue dog, Rosie; having fun and raising money for the RSPCA. To anyone who hasn’t yet signed up, please do, it’s such a great way to have fun with the kids and do something amazing for animals.”

Sarah Pinnington and her 13-year old son Josh, from Clitheroe, Lancashire, have been averaging three to four miles a day with their rescue dog, Rhea, and Josh has also tried out dry-slope skiing to hike up the miles.

Meanwhile, 17 members of RSPCA staff in Horsham, West Sussex, have donned their cycling gear to clock up 68 miles in a day on a static exercise bike.

Everyone who receives a donation during their challenge can expect to get an RSPCA certificate and pin badge, with those who raise over £200 set to get a year’s subscription to RSPCA Animal Life or Animal Action magazines.

The challenge is free and further information can be found on the charity’s website www.rspca.org.uk/getinvolved/fundraise/50miles.

Cat has adorable reaction to seeing his reflection in the mirror

Man 'trains' his pet fish to play football in their tank

Please log in or register to upvote this article
AnimalsRSPCA