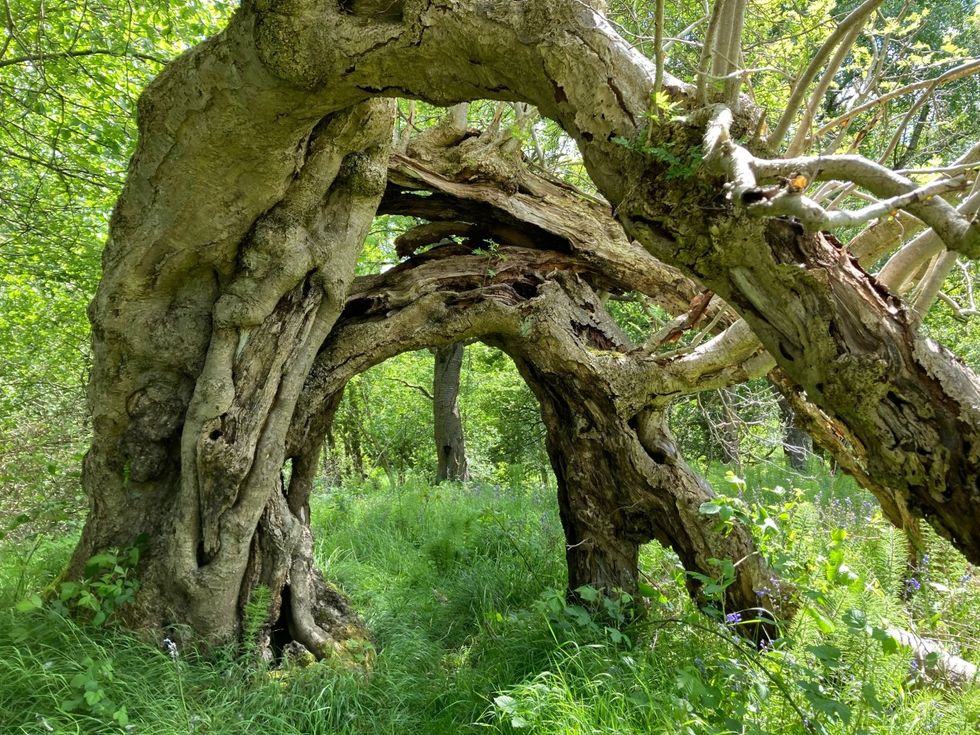 Five huge oaks – including one in a landscape thought to be the inspiration for Narnia – and a rowan that looks like a portal to another world, are among the nominations for ‘tree of the year’.

A shortlist of 12 trees has been compiled for the annual contest run by the Woodland Trust from the charity’s “hall of fame” for very old and important trees, the Ancient Tree Inventory (ATI).

A panel of experts picked their favourites from hundreds of ancient and veteran trees, described as “cathedrals of nature”, which have been recorded by volunteers since the pandemic began.

This year, the Woodland Trust is using the competition to highlight the importance of rare ancient and veteran trees, which they warn mostly have no legal protection.

That is despite these trees, such as our oaks which are home for 329 species, being a haven for wildlife, important carbon stores and historically and cultural significant.

The Woodland Trust is calling on UK governments to give legal protection to some of the most ancient and valuable trees by giving them heritage status, introducing strong, consistent policy protection for old trees and increasing support for land managers and farmers to care for them.

Woodland Trust head of campaigning Adam Cormack said: “We believe that now is the time to give these living legends the legal status they deserve.

“We all want to be able help to protect these wonderful old trees for centuries to come.”

Competition judge and ATI lead Tom Reed said: “The enthusiasm for ancient and veteran trees and the growing number of records being submitted to the ATI in the past couple of years showed just how much people love and value their trees.

“We selected the trees based on their size and significance for their species and also looked for trees steeped in history as well as trees that had high ecological, aesthetic or cultural value.

“It’s over to the public to pick a favourite from that impressive list.”

– The Escley Oak, Herefordshire, thought to be at least 400-500 years old, standing alone in a meadow and which looks like two separate trees grown together due to the large hollow in its trunk.

– The Flitton Oak, in Devon, which is around 700 years old, splays out eight enormous limbs dripping with moss and lichen, and has a rescue plan to stop it being smothered by younger trees.

– Holly on the Hill, Hawnby, north Yorkshire, which stands out in the landscape, is an outgrown coppice, with a trunk that is a collection of stems that have fused and grown together. It could have been there since the late 19th century.

– The Burnbanks Oak, Haweswater, Cumbria, a striking sessile oak which is growing in a pocket of ancient woodland, whose centre is completely hollow with its trunk housing lichens, ferns and mosses and providing shelter for wildlife.

– Hedgerow Hawthorn, Colton, Cumbria, a gnarled and windswept tree which forms part of a small line of hawthorns that mark the site of a former land boundary, and is likely to be between 170 and 200 years old.

– The ‘12 Apostles’ Lime, Chipping Camden, Gloucestershire, which is the largest of an avenue of 12 limes planted at St James Churchyard to represent the 12 apostles – and which could be one of the original trees planted around 1770.

– Kilbroney Oak, Kilbroney Park, County Down, Northern Ireland, which is a sessile oak in the landscape that is believed to have been the inspiration for the fantasy world CS Lewis’s Chronicles of Narnia, and which believed to be more than 300 years old.

– The Portal Tree, Loanhead, Midlothian, Scotland is a rowan – which feature heavily in folklore – growing in the landscaped grounds of Mavisbank House, where it has bent over to form a full archway, suggesting a portal to another world.

– Langley Park Chestnut, Langley Park House, Scotland, which is thought to be as old – or much older – than the original 18th century Langley Park House in whose grounds it grows. It has a girth of 7.81 metres and huge branches which grow around the main trunk like a fallen crown.

– Layering Horse Chestnut, Kedleston, Derbyshire, is a tree whose original trunk is hollowing and decaying, while the branches have fallen to its sides, where roots have sprouted, anchoring them to the ground and allowing a new lease of life as they grow.

– Waverley Abbey Yew, Farnham, Surrey, whose roots grow into and around the ruins of the abbey, which was dismantled after the dissolution of the monasteries in 1536. Its age is unknown but cannot be more than 480 years old.

To see all the trees and vote for your favourite, you can visit the Woodland Trust website https://www.woodlandtrust.org.uk . Voting is open until noon on Monday October 31.

Please log in or register to upvote this article
Woodland Trust