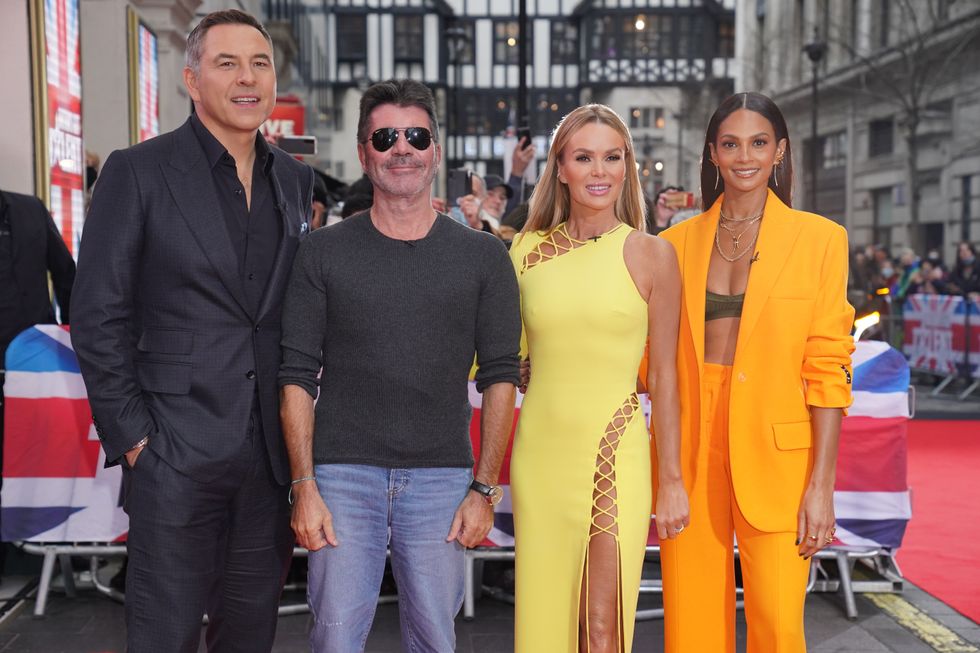 The 32-year-old from Sheffield revealed he has been performing on the streets for the past 10 years and that sometimes he would be “singing to people that aren’t listening”.

After admitting to feeling nervous before the audition, he delivered a powerful rendition of the operatic song, which received roaring applause and a standing ovation from the audience and judges.

The unassuming singer dressed in a jumper and baseball cap appeared overwhelmed as the judges sang his praises and gave him four yeses.

Simon Cowell said: “Maxwell, that was extraordinary. Seriously, you’re so shy and quiet and then that happened.

“Your passion and obviously your voice and just you, I thought made it incredible.

“It was like one of those movies. This wasn’t supposed to happen and it was brilliant. Amazing.”

Alesha Dixon revealed that her arm hairs stood on end as soon as he began singing, adding: “It just felt romantic and powerful and meaningful and all the feels.”

Amanda Holden said she hopes that going forward he can feel “more appreciated” and have more confidence after witnessing the audience’s reaction to him as she feels he is “better than standing on a pavement”.

David Walliams agreed, adding: “Sometimes when someone sings like that you can almost feel yourself levitating, and that happens so infrequently and you gave us that feeling today.”

Elsewhere in the show, acrobatic group Trio Vertex left the judges on the edge of their seats as they performed their suspenseful routine.

The audition saw the female acrobat Isis perform on a trapeze with her fellow acrobat Cornelius before being thrown from the air into the arms of the third performer Nathan on the ground, securing them the four yeses.

Ahead of their performance, it was revealed that the group were romantically entangled as Isis had previously dated Nathan and was currently in a relationship with Cornelius, which Dixon admitted made her enjoy the performance more.

A Welsh singing collective made up of West End performers, named Welsh of the West End, also won over the audiences and judges with their emotional rendition of From Now On from 2017’s The Greatest Showman.

The group revealed they came together online during lockdown when the theatre industry closed its curtains and that the audition was their first time all meeting as a group.

Walliams remarked that “the Welsh are always incredible singers” as they sailed through to the next round.

The show also featured weird and wonderful performers including concert pianist Mitchell Zeidwif, 67, whose musical number turned into a comedy routine as his music stand collapsed to the floor and the piano top closed on his body, leaving the audience in fits of laughter.

Liberty Barros, 14, left everyone speechless with her contortionist abilities which saw her fold in half and fit inside a small box.

Dixon also had her Golden Moment during the programme when she went to surprise seven-year-old Skylar Blu at her dance studio to invite her to audition at the London Palladium.

The young dancer delivered an emotive contemporary routine to Footprints In The Sand by Leona Lewis which saw her perform pirouettes and split leaps.

Dixon said: “It is such a big deal at seven years old performing on this huge stage in front of all of these people.

“I can’t imagine how you’re feeling but you did so well. You’re so talented.

“And I just can’t wait to see what happens with you in your future. So I’m really happy for you Skylar.”

The ITV talent show returned to screens this year for the first time after it was cancelled in 2021 due to the coronavirus pandemic.

Britain’s Got Talent continues on ITV.