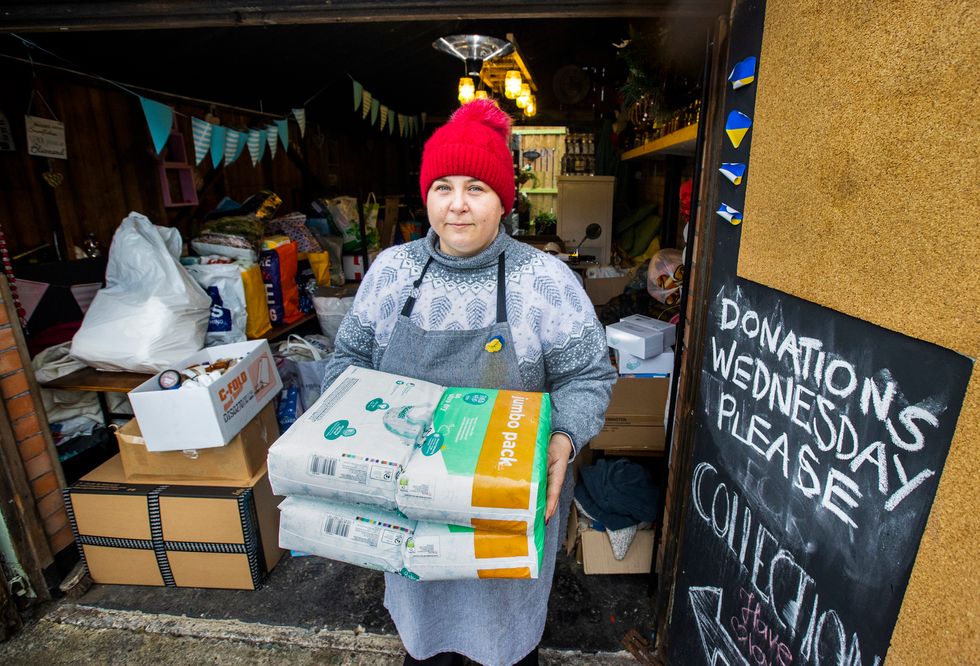 Smokey Deli owner Monika Rawson, who has been living in Northern Ireland for over 16 years since moving from Poland, has created a drop-off point at her restaurant in east Belfast for donations to be sent to the Ukrainian people (Liam McBurney/PA)

An east Belfast restaurant owner has told how she has been overwhelmed by the generosity of people after she began collecting items for those caught up in the humanitarian crisis caused by the invasion of Ukraine.

Monica Rawson, originally from Poland, runs the Smokey Deli in east Belfast which has been transformed into a store for items which will be shipped out to help refugees fleeing Ukraine.

Ms Rawson said she first made the appeal for donations after she was left “heartbroken” by the scenes in the war-torn country.

Since then she has collected several tons of clothes, toys and food.

She said: “We have been doing this collection for the Ukrainian refugees.

“The donations have been overwhelming, lots of people supporting, it has been great.

“It is breaking my heart because these are my neighbours and I need to do something to support them in this crisis.”

Ms Rawson said that her grandparents are originally from Ukraine and she has family in Poland who live just 40km away from the border.

She said: “We have been asking for what is needed at the moment. We have asked for clothes, blankets, baby clothes, toys, food, medicine.

“At this moment we need more medicines, baby foods and cosmetics.”

Ms Rawson said the goods would be taken by lorry to Poland to be distributed to refugees.