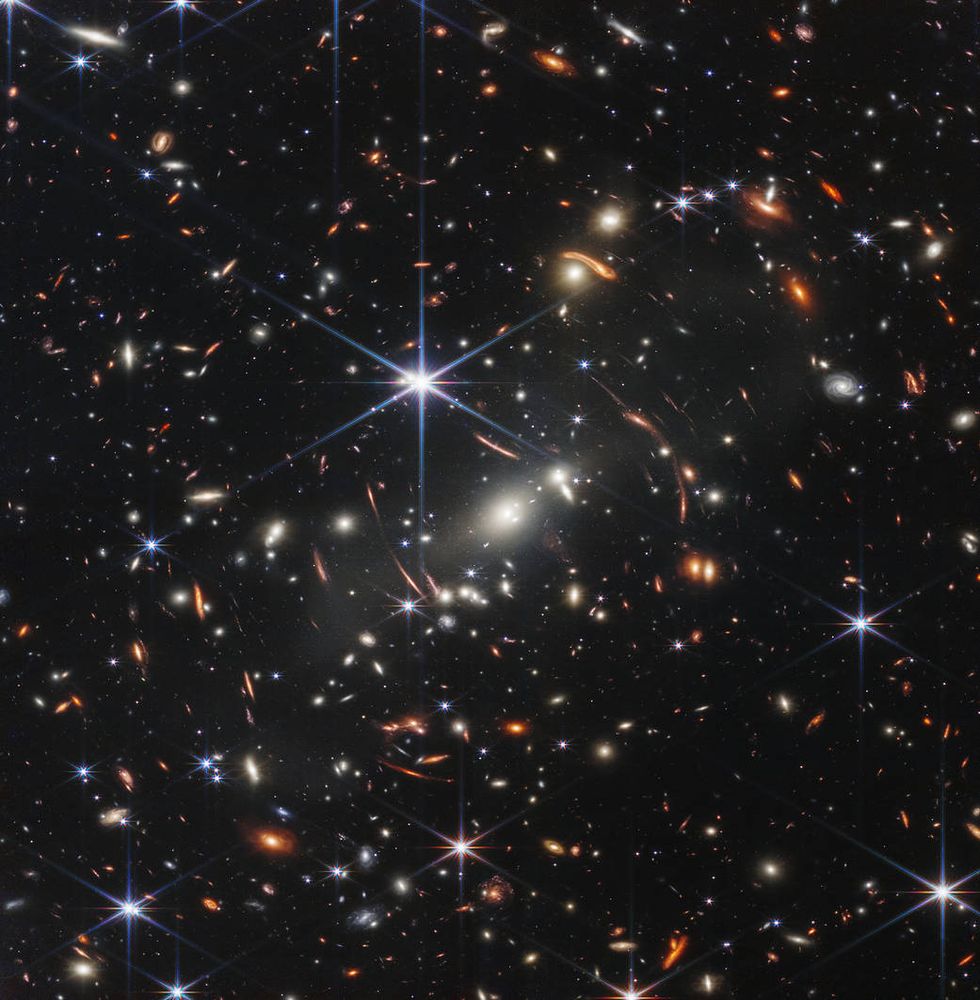 The first image from Nasa’s James Webb Space Telescope has been revealed, showing what is said to be the deepest picture of the cosmos to date (Nasa, ESA, CSA, and STScI/ PA)

The first image from Nasa’s James Webb Space Telescope has been revealed, showing what is said to be the “deepest” and most detailed picture of the cosmos to date.

Known as Webb’s First Deep Field, the picture showcases a galaxy cluster called SMACS 0723 as it appeared 4.6 billion years ago.

The image was revealed by US President Joe Biden on Monday evening during an event at the White House.

He said: “Webb’s First Deep Field is not only the first full-colour image from the James Webb Space Telescope, it’s the deepest and sharpest infrared image of the distant Universe, so far.

“This image covers a patch of sky approximately the size of a grain of sand held at arm’s length.”

The telescope lifted off on an Ariane 5 rocket from Europe’s Spaceport in French Guiana on Christmas Day last year on its mission to unlock the secrets of the universe.

The image was taken by Webb’s Near-Infrared Camera (NIRCam) and is a composite made from images at different wavelengths.

The combined mass of the galaxy cluster acts as a gravitational lens, which magnifies the distant galaxies behind it.

Webb’s NIRCam has brought those distant galaxies into focus, revealing tiny, faint structures that have never been seen before.

Researchers will soon begin to learn more about the galaxies’ masses, ages, histories and compositions as Webb seeks to view the earliest galaxies in the Universe.

Nasa and its partners, the European Space Agency (ESA) and Canadian Space Agency, will release the entire series of Webb’s first full-colour images on Tuesday during a live Nasa TV broadcast.

ESA director general Josef Aschbacher said: “What an incredible honour for ESA and its international partners to reveal Webb’s first image from the White House.

“Only with teamwork, dedication, and the human drive to push boundaries and explore have we arrived at this historical moment of seeing the deepest view of the early universe to date.”

Please log in or register to upvote this article
ESANasaScience