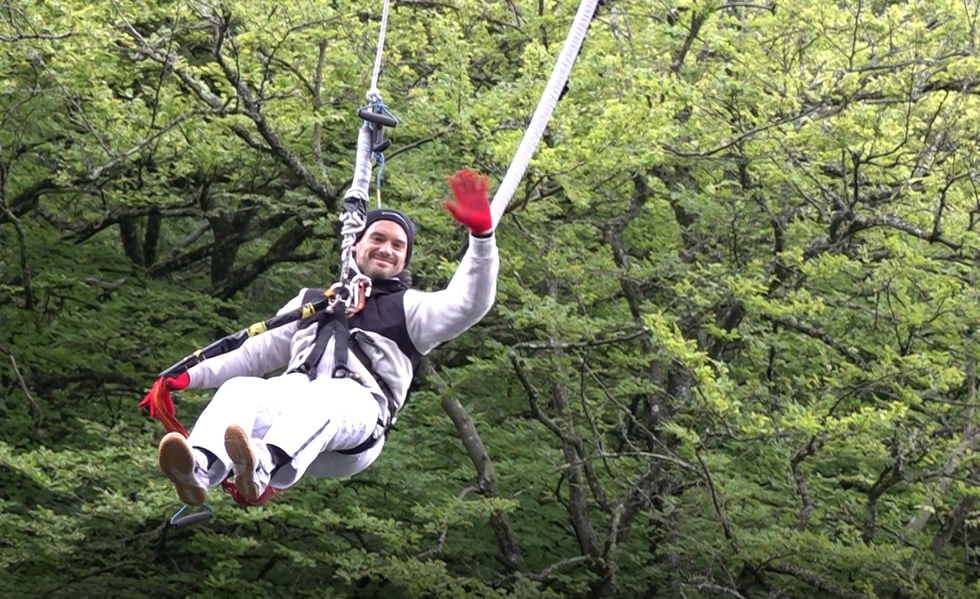 A Frenchman has broken the world record for completing the most amount of bungee jumps in a 24-hour period.

New Zealander Mike Heard was in top place after completing 430 leaps at Auckland Harbour Bridge in May 2017.

But Francois-Marie Dibon, 44, from Paris, has smashed that figure, reaching the same number of jumps in just 12 hours.

Having started his mammoth challenge at 10.10am on Tuesday, he completed his 431st jump at just 10.30pm on the Highland Fling Bungee platform at Garry Bridge in Perthshire.

The question now remains how far Mr Dibon, who currently lives in Stockholm, Sweden, can push beyond Mr Heard’s record.

He is due to finish shortly after 10am on Wednesday, when the new record, being overseen by Guinness World Records judge Joanne Brent, will be set.

The extreme sportsman’s final jump will conclude months of training and more than five years of planning the epic challenge.

It will also demonstrate a massive achievement for Mr Dibon, who had an immense fear of heights well into his thirties before his first bungee jump 11 years ago.

Speaking to the PA news agency before he leapt off the platform on Tuesday, Mr Dibon said he was feeling “happy and in the present” ahead of his challenge.

He got off to a good start with smooth jumps and, despite light showers, the Scottish weather held up, breaking into intermittent sunshine.

Mr Dibon is completing the challenge with 15 crew members from Highland Fling Bungee, who are working in shifts throughout the 24-hour period.

It is understood he has had a minimal amount of breaks for water and food.

Mr Dibon has previously said his bungee jump quest is “not just an individual extreme sport, it’s an endurance sport which is collective”.

“I am just the jumper,” he said. “I am surrounded by fantastic Scottish and British people.

“We are all working together to ensure safety, jump counting, so really it is a team endeavour.”

Please log in or register to upvote this article
PerthRecordsScotland