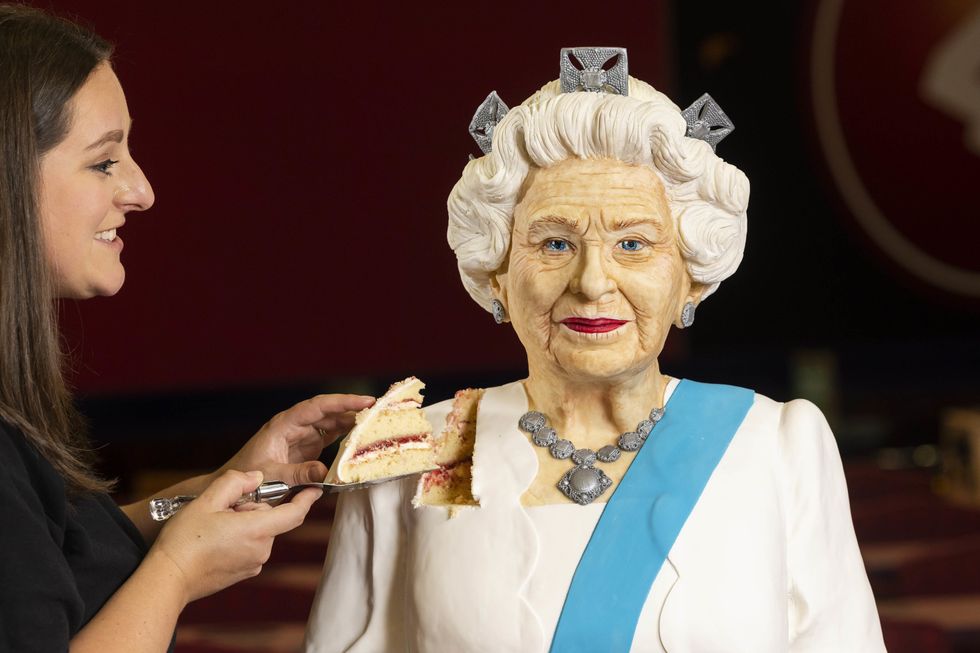 A life-sized cake of the Queen has been baked to mark her Platinum Jubilee.

The courtly confection, containing 400 eggs, 20kg of flour and 20kg of butter, was served up to players at a branch of Buzz Bingo in Birmingham on Tuesday.

Ms Mason said: “This has been my biggest challenge in my career as the Queen is such a recognised and respected figure – I wanted to do her justice.”

The sponge sovereign stood at a life-sized 5ft 3in before it was devoured by hungry bingo fans.

It depicted the 96-year-old monarch wearing a blue sash, symbolising that she is a member of the Royal Victorian Order, and silver jewels.

Ms Mason said: “I’ve loved recreating her image out of cake and I’m so delighted that Buzz Bingo approached me to help celebrate Her Majesty’s Platinum Jubilee.

“It’s been amazing to see the reaction from players today.”

Buzz Bingo is offering all players of their Main Event bingo a free cup of tea and special Jubilee cupcake at all of its clubs on Sunday.

Jen Psaki laughs at Boris Johnson being 'ambushed by a cake'

Please log in or register to upvote this article
Cake