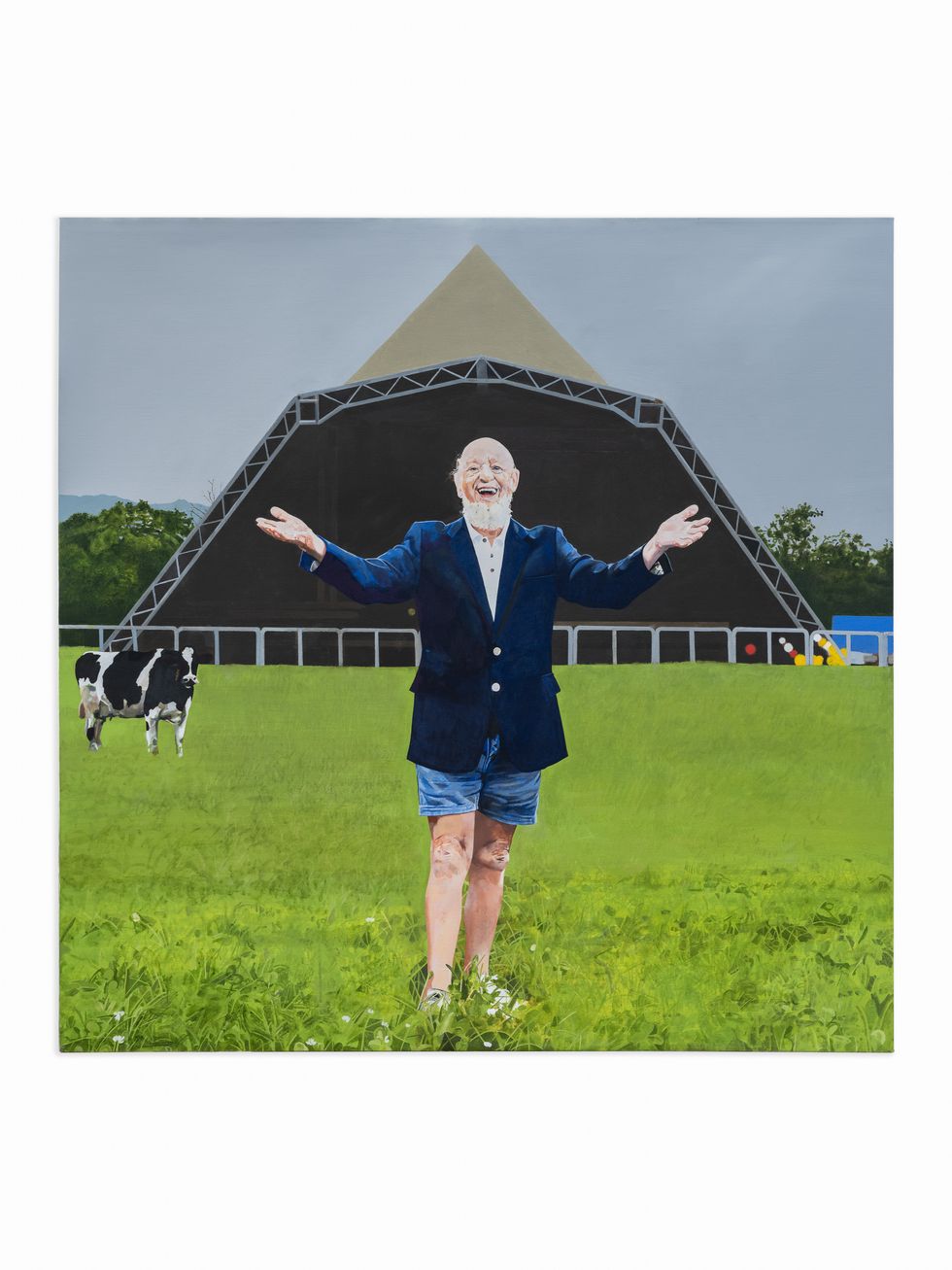 Glastonbury Festival founder Michael Eavis said having a painting of himself displayed at the National Portrait Gallery is “quite an achievement” and “not bad for a typical dairy farmer from Somerset”.

The portrait by English artist Sir Peter Blake, which was unveiled by Jarvis Cocker on Sir Peter’s 90th birthday, will be displayed at the National Portrait Gallery when it reopens in 2023.

Eavis told the Glastonbury Free Press that he was “worried” about seeing the portrait for the first time but added Sir Peter “is an old friend of mine”.

The portrait shows Eavis, 86, standing in front of the festival’s famous Pyramid Stage at Worthy Farm in Pilton, Somerset, where the festival is being hosted for the first time in three years, following cancellations due to the Covid-19 pandemic.

The five-day music and arts event is celebrating its 50th anniversary.

Speaking of the new portrait, Eavis told the Glastonbury Free Press: “He promised to paint me years ago. So when the National Portrait Gallery asked me for a painting, I rang him up and asked him to do it.

“He came down to the farm a few years ago and got me to stand in front of the Pyramid Stage.

“It’s taken him a while to paint and I began to think he might not finish it. I’m so pleased that he did.

“Sir Stanley Spencer said if the sitter likes the portrait, then it’s not any good.

“It’s quite an achievement isn’t it. Not bad for a typical dairy farmer from Somerset!”

Eavis grew up on Worthy Farm and joined the British Merchant Navy as a young man, but returned to the farm at the age of 19 after the death of his father.

The festival is now one of the largest greenfield music and performing arts festivals in the world.

Eavis was made a CBE in 2007 as a result of the positive impact he has made through his work.

Fellow music-lover Sir Peter, 90, was commissioned by the National Portrait Gallery to produce a portrait of Eavis.

The gallery also holds two other portraits created by Sir Peter in its collection – the 1991 screenprint, T for The Beatles, a reprise of his The 1962 Beatles painting, and a double portrait of husband and wife, art dealer Leslie Waddington and antique jewellery expert Clodagh Waddington.

Sir Peter added: “I visited the first Glastonbury in 1970 and have loved the festival ever since, so I was thrilled when the National Portrait Gallery commissioned me to paint Michael’s portrait.

“After receiving the commission, we took Michael for lunch at a fancy West End restaurant. He arrived resplendent in his trademark denim shorts, which stopped the restaurant in its tracks.

“I knew then, that I had to include them in the portrait. I hope my painting encapsulates Michael’s free spirit, joyful energy and love of life.”

Kate leaves copy of lockdown photos book for others to find