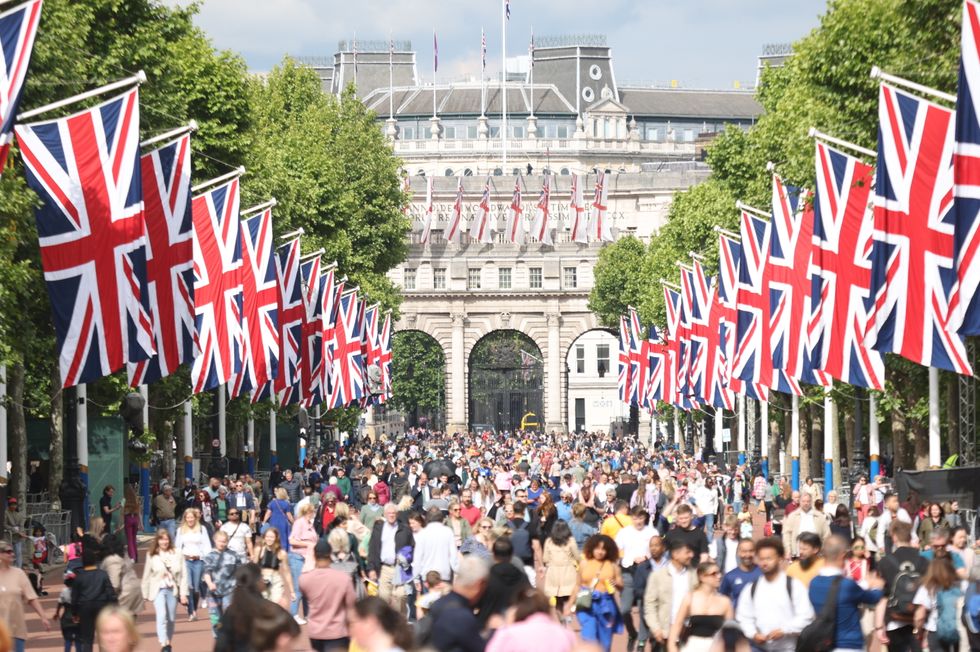 Only 10,000 people have received a ticket for the open-air concert at Buckingham Palace on Saturday (James Manning/PA)
PA Wire/PA Images - James Manning

Ticket winners for the Queen’s Platinum Party at the Palace have expressed their excitement ahead of the “once in a lifetime event”.

The ballot for the open-air concert, taking place at Buckingham Palace on Saturday June 4, drew only 10,000 tickets – giving a select few a coveted spot in the crowd.

Stars of film and TV are lined up for the show, including a closing performance from Diana Ross, as celebrities such as Sir David Attenborough, David Beckham, and Elton John will appear in person, via video link or through pre-recorded segments.

Those who were lucky in the ballot told the PA news agency of their delight.

“My husband was in the kitchen and I was watching TV from the sofa.

“I heard a notification on my phone, I saw the word ‘congratulations’ and was expecting spam. I opened it and couldn’t believe it.

“We were both over the moon, messaging family and letting them know the good news.”

Despite expecting London to be “mayhem” over the weekend, Tania and her husband, Paul, added they are “truly excited” and eager to see the famous faces on stage.

Sophie Phillips, 35, from Northamptonshire said she feels “lucky” to have secured a place at the concert.

“It’s a once in a lifetime event,” the administrator said.

“We’ll be staying overnight and enjoying the whole weekend in London.”

“I’m excited about getting to see all those famous stars in one day, being a part of the whole atmosphere.”

The family of Hannah Physick, 22, were also “completely shocked” to see they had won tickets for the concert.

“My mum actually messaged our family group chat asking everyone to enter to see if just one of us was in with a chance of winning,” Ms Physick, from London, explained.

“I entered and put my mum down as my guest ticket and didn’t give it much further thought, so when I got the congratulations email through, I was just so excited to call up my mum and tell her that her plan had actually worked.

“She was laughing down the phone, completely shocked one of us had actually won.”

Ms Physick, who will take her mum to lunch in the capital before venturing to Buckingham Palace on Saturday, said that marking 70 years on the throne is “special”.

“For most of the population, they probably haven’t ever seen another royal on the throne.

“And I’m looking forward to seeing some acts I wouldn’t usually get to see.

“And seeing Queen perform! Hopefully they are amazing live.”

Live coverage of the concert will be broadcast on BBC One, BBC iPlayer and BBC Radio 2.