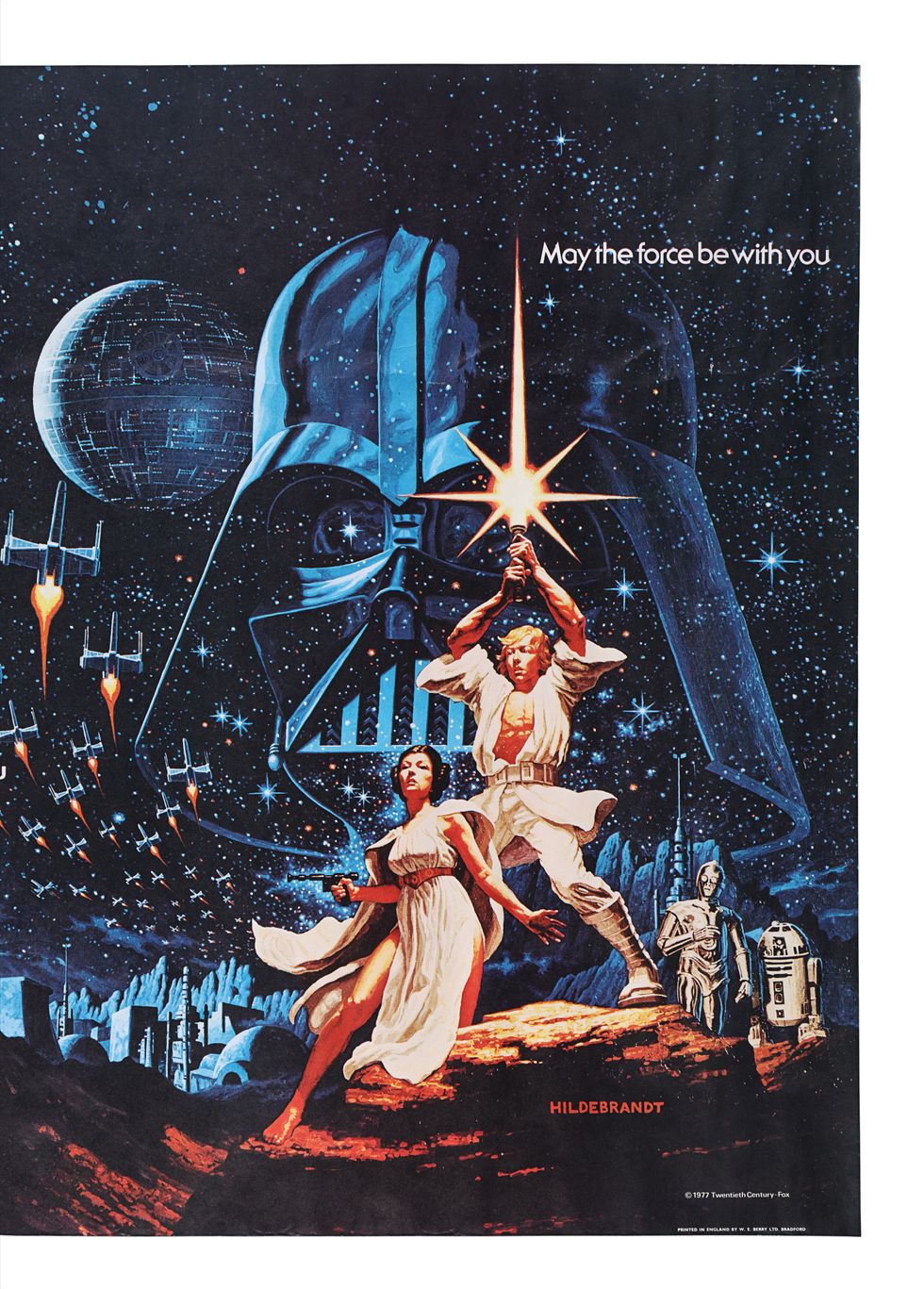 A Star Wars poster described as “one of the rarest ever” is going up for auction in aid of Ukraine.

The artwork was originally produced for the 1977 science fiction epic by renowned American fantasy artists Greg and Tim Hildebrandt, known as the Brothers Hildebrandt.

Depicting Luke Skywalker and Princess Leia and marked with the surname of its designers, it is estimated to sell for between £5,000 and £7,000.

The Star Wars: Episode IV – A New Hope poster had a limited release and was later withdrawn from circulation and replaced with the more commercial Style C poster featuring the work of illustrator Tom Chantrell.

According to auctioneers Prop Store, this makes it “one of the rarest Star Wars posters ever”.

It will be sold at the company’s headquarters in Hertfordshire with no reserve and a starting bid of just £10 to give as many fans the opportunity to secure the coveted piece.

All hammer proceeds from the sale will go to the Disasters Emergency Committee (DEC) Humanitarian Appeal providing aid to those fleeing Ukraine following the Russian invasion.

Stephen Lane, chief executive of Prop Store, said: “Prop Store are thrilled to support such an important cause with the inclusion of our Hildebrandt poster as a charity lot in our upcoming Cinema Poster Live Auction on Thursday 24th March 2022.

The poster had a limited release (Prop Store/PA)

“With bidding starting from £10, fans with all budgets can bid on this amazing charity piece and hopefully take home a rare and coveted piece of movie memorabilia at the same time – we expect to see some excellent results for such an urgent appeal.”

The so-called Hildebrandt-style poster will feature alongside more than 550 lots of rare film posters and artworks expected to fetch more than £200,000 in total.

The sale will take place on Thursday March 24 from 3pm.

Please log in or register to upvote this article
Star WarsUkraine