Thousands raised in memory of ‘inspiring’ brother and his aunt, Helen McCrory 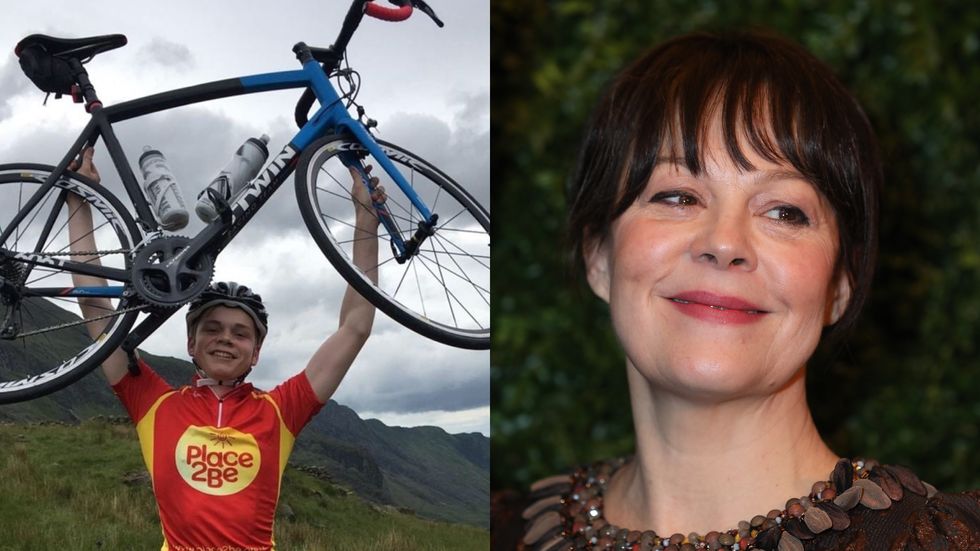 Ride4Hugo has raised £115,000 for four charities in memory of Hugo Yaxley and his aunt, actress Helen McCrory (Ride4Hugo/PA)

An Army officer has raised thousands of pounds for charity by cycling 2,100 kilometres from London to Madrid in memory of his “inspiring” brother and his aunt, actress Helen McCrory.

Tom Yaxley, 32, is the brother of Hugo Yaxley and nephew of McCrory, who died from cancer in April 2021 aged 52.

Mr Yaxley has embarked on the cycle across Europe for Ride4Hugo, a series of fundraising events organised by friends and family which have earned more than £115,000 for four charities.

The money has been raised for Dorset and Somerset Air Ambulance (DSAA), Hampshire and Isle of Wight Air Ambulance (HIOWAA), children’s mental health charity Place2Be, and the Sir Hubert Von Herkomer Arts Foundation, of which McCrory was a patron.

Mr Yaxley, from Staffordshire, told the PA news agency: “I look at it as a very fitting tribute to Hugo’s legacy and what we’ve been able to achieve is massive.

Tom Yaxley has been joined by his mother Amanda for parts of the 2,100-kilometre cycle (Ride4Hugo/PA)

“I just feel really lucky that we’ve been able to do that for his legacy and (I’m) also just incredibly grateful to the huge amounts of support, because no-one does anything alone.

“Whether it be people sharing things on Facebook, Instagram, people donating – it’s not one person’s work to get to this point.”

Previous charity ventures for Ride4Hugo include a run from Bristol to London, a 100-kilometre cycle across Wiltshire, and multiple sponsored walks and runs by friends and family.

The project started in memory of Hugo, who was killed in a car crash in November 2020 aged 20, and later honoured McCrory following her death in April last year.

Mr Yaxley explained that his brother was kept alive by DSAA until his parents were able to get to the scene and say goodbye.

“They gave him the best fighting chance as possible… And that meant a lot to them, it means a lot,” he said.

“From Hugo’s death, 10 lives have either been saved or have certainly had life-changing intervention, even if it’s just being able to have that feeling that mum and dad were able to get.”

Hugo’s girlfriend was also in the car when it crashed and her life was saved by HIOWAA, enabling her to walk five miles just eight months after suffering “horrific injuries”.

Mr Yaxley said his brother “touched quite a few people in the way he did things”, including speaking about his own mental health journey and being a supporter of Place2Be, which provides mental health support to schools.

“He was a very big advocate for mental health,” he said.

“He gave a speech at 16 which was pretty inspiring about his struggles and what he did which is almost unheard of – I’ve served in Afghanistan and Iran and I would rather serve there than stand up in front of 350 or more of my peers and speak about my mental health.”

Mr Yaxley’s cycle set off on July 14 from the National Theatre in London, a venue Mr Yaxley said was very special to his aunt.

“Helen used to love performing (there),” he explained.

“It meant a lot to her as a theatre and gave her some of her greatest performances.”

He hopes to finish his cycle on Saturday at the Plaza Mayor in Madrid, Spain, where his younger brother was planning on going to university.

Mr Yaxley added that his aunt and Hugo were “kindred souls”.

He said: “They were very kindred souls in the way they looked at the world… They got on.

“They were very close on that side of life.”

He strapped a small urn of his brother’s ashes to his bike while cycling the Col du Tourmalet, one of the highest paved mountains in the French Pyrenees, as it was a ride the siblings talked about doing together.

Averaging around 200 kilometres a day, Mr Yaxley has often been joined on his cycle by his 59-year-old mother Amanda, who has done “a bit every day” and even rode 202 kilometres on Wednesday.

Actor and McCrory’s husband, Damian Lewis, tweeted his support for the pair: “Riding all the way to Madrid from the National Theatre in London for Hugo and Helen…My sister and nephew. In this heat. Unbelievable.”

Mr Yaxley and Ms Yaxley are also in the company of a friend from the army who is retraining as a physiotherapist and able to offer “vital” support.

“It’s been challenging and brutal at times,” Mr Yaxley said.

“But for me, this is a vessel by which people can donate to charities and that’s the way to look at it.

“Charity makes a huge difference in lives… And I’ve always been a very strong believer that it’s very important for me to give back.”

Please log in or register to upvote this article
charityHelen McCrory