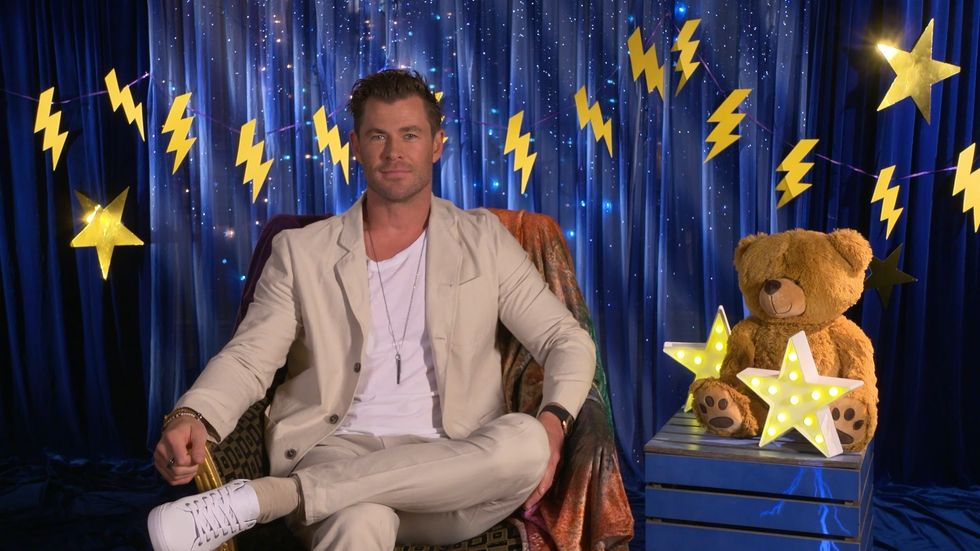 Chris Hemsworth will make his CBeebies debut reading a story about a bear who is “frightened of the rain and thunder”.

The Australian actor, 38, is the latest star to sign up for the series and will read Stormy Night by children’s author Salina Yoon, whose books include her popular Penguin series, as well as other instalments featuring Bear and his toy bunny, Floppy.

Hemsworth is back on the big screen in Marvel’s Thor: Love and Thunder as Thor, also known as the God of Thunder, alongside Natalie Portman, Christian Bale and Tessa Thompson.

He said: “I love nothing more than reading bedtime stories to my children and it was a joy to get to read Stormy Night, a story about a little bear who is scared of storms.

“Even though I know a thing or two about thunder and lightning, I always feel better when the storm passes.”

Recent story readers also include the Duchess of Cambridge, who narrated the modern children’s classic The Owl Who Was Afraid Of The Dark by Jill Tomlinson to mark Children’s Mental Health Week.

Please log in or register to upvote this article
BBCCBeebiesChris HemsworthThor