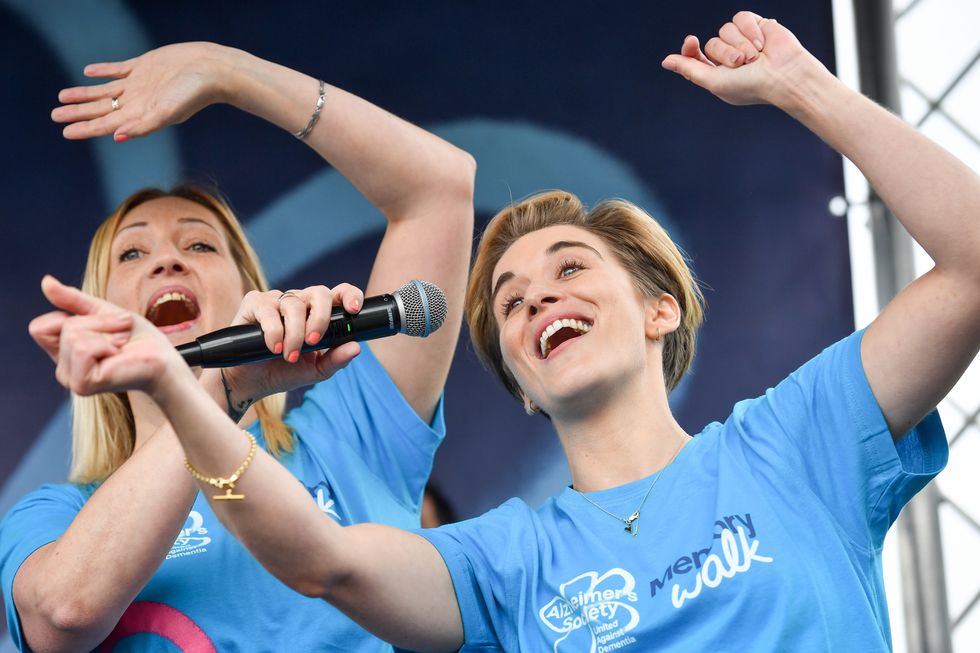 Vicky McClure and the Our Dementia Choir have announced their debut single which they hope will show patients “are more than their diagnosis”.

The Line Of Duty actress, 39, recorded What’s Your Story? with the Nottingham-based musical group at the famous Abbey Road Studios in north London, the first dementia choir to do so.

They first performed the single at the April launch event for the Power Of Music report which looked at how music can support staff, create savings and generally improve healthcare services.

McClure, who also stars in ITV series Trigger Point, said: “I couldn’t be prouder of every single person who makes Our Dementia Choir what it is.

“For me, this is the power of music in action and shows just what music can do for people with dementia and their carers when people are given access to it. People are more than their diagnosis.

“We hope What’s Your Story? inspires those living with dementia and those who care for them to know that music is there for them and that music is a powerful tool they can use to support health and wellbeing.”

McClure was inspired to form the choir in 2019 after caring for her grandmother, Iris, who died with Alzheimer’s in 2015.

In 2019, she earned a Bafta TV nomination for presenting a BBC One documentary called Our Dementia Choir, exploring how music can help people living with some forms of the condition.

In a new BBC series, the work that went into their charity single will be explored.

Vicky McClure (right) said: ‘I couldn’t be prouder of every single person who makes Our Dementia Choir what it is’ (Tim Goode/PA)PA Wire/PA Images - Tim Goode

Grace Meadows, campaign director at Music for Dementia, said: “Music can have a transformative effect on people living with dementia and few things show the power of music in action better than Our Dementia Choir.

“It’s a fantastic achievement for the choir to have recorded a song at Abbey Road. It allows choir members to be seen beyond their diagnosis and as talented performers in their own right.

“Vicky and her remarkable choir have done a brilliant job of bringing the often ignored subject of dementia and its lack of care provision into our living rooms at home.

“This is why, in our Power Of Music report, we called for want to see greater investment in grassroots services in people’s communities so everyone can have access to and experience the powerful health and wellbeing benefits of music.

“With this single release we hope the choir also managed to raise much needed money to help secure the choir’s future.”

“Many people with dementia are still able to enjoy music and to sing even when they start to lose their language abilities, and there’s evidence that music can improve someone’s mood and wellbeing, as well as being a powerful prompt for memories.”

In April, the Power Of Music report was published following a one-year study by UK Music, which represents the collective interests of the sector, and Music for Dementia, the health and music campaign.

It recommends that the UK appoint a commissioner to “champion and co-ordinate” projects including the setting up of a cross-government taskforce.

What’s Your Story? is available to pre-order now via Decca Records.

Our Dementia Choir Sings Again with Vicky McClure will broadcast Monday at 9pm on BBC One and iPlayer.

Please log in or register to upvote this article
BBCDementiaVicky McClure