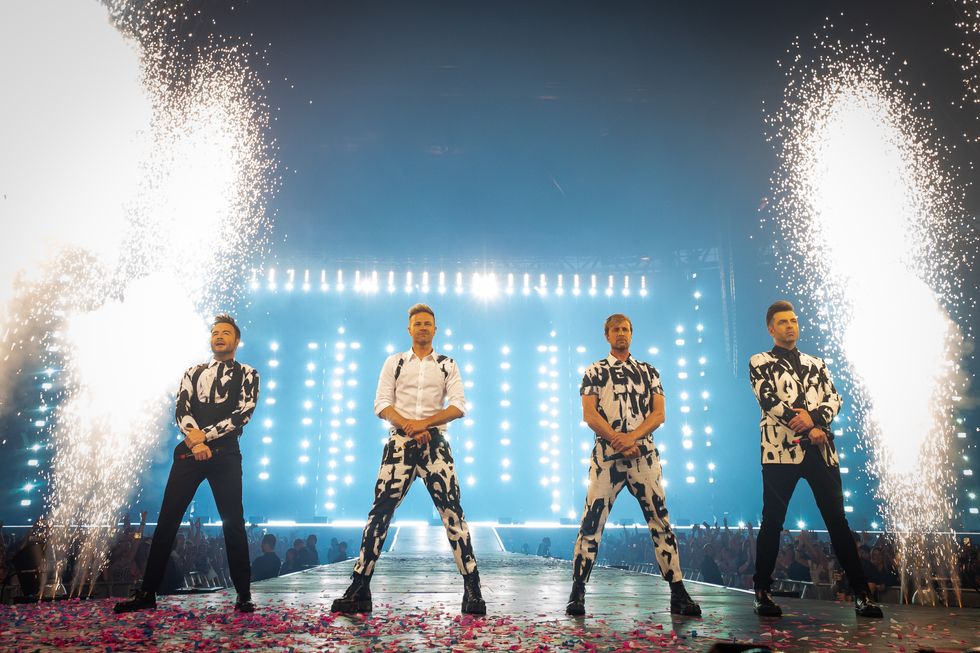 Irish boyband Westlife have performed their greatest hits to a packed Wembley Stadium.

The sold-out show, featuring numbers such Flying Without Wings, was part of their Wild Dreams Tour.

It was the first time in the chart-topping band’s history that they have played at the famous London venue.

Sophie Ellis-Bextor and James Morrison took to the Wembley stage to perform before the Irish quartet thrilled the crowd on Saturday night.

Westlife, who have a huge UK following, have sold more than 55 million records.

This week Feehily said that securing the Wembley gig nearly 25 years into their music careers had slightly “blown our minds a little bit”.

He told ITV’s This Morning on Friday: “I think playing concerts like this in Wembley Stadium is something that we’ve dreamed of since we were little boys and to actually be here now, I think for us it just means so much, nearly 25 years into our career to b playing to a sold-out Wembley Stadium.”

Filan agreed that finally playing Wembley was a “massive achievement” for the group, saying: “We’ve played stadiums all over the world but Wembley Stadium is probably the most famous stadium in the world.

“And I suppose once you play the stadium you’re in a very elite list of people that are lucky enough to play it and I obviously think of bands like Queen and people like that.

“It’s pretty incredible and we’re very proud of it.

“It’s a massive achievement for us.”

The concert was also broadcast live in cinemas across the UK and #westlifeincinemas was trending on Twitter.

Please log in or register to upvote this article
WembleyWembley StadiumWestlife